Local Sommelier Runs the Table at Somms Under Fire 2014 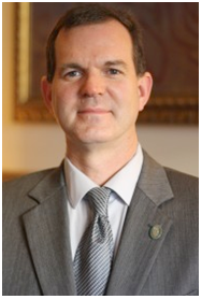 Photo by Matt McGinnis, What Are You Drinking?
The Keeper Collection LLC announced today that Nathan Prater was the winner of the annual Somms Under Fire Wine & Food Pairing Competition held Sunday, Jan. 26 at the UT/AT&T Executive Education and Conference Center.

The evening began with a Sake One Saktail Quick Mix Challenge where each contestant had to create a cocktail using Sake One Sake Moto. Prater started his big winning evening with a Saktail called Mizu, made with Sake Moto, orange, lemon, lavender, and rice wine vinegar.

Prior to being chosen to participate in the event, contestants were scored on a theory-based entry exam. During the competition, each contestant had to choose "perfect" wine pairings for a three course meal and then submit themselves to a panel of expert judges for explanation and critique. During the event, audience members were encouraged to text their votes for a Fan Favorite Sommelier. Prater came out on top in all four portions of the evening's competition.

The grand prize for being named 2014 Somms Under Fire winner is a wine internship in the Burgundy wine region of France augmented by a $1,000 stipend provided by the Wine & Food Foundation of Texas. As the finalist who scored highest on the entrance exam, Prater received the 2014 Magnum of Excellence, a 2008 Paolo Scavino Barolo Monvigliero. And for being named Fan Favorite Sommelier, he was presented with a Laguiole Champagne Sabre. Kudos to Nathan Prater for his big wins this week. For a taste of his magic, drop by and check him out at work.