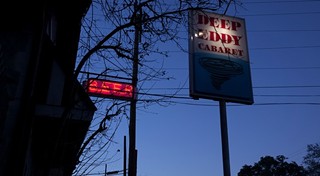 News of the pending sale came Friday, Jan. 10, when longtime owners Butch and Patti Hickman rounded up the bar’s five staffers. Kuninger, who’s worked at the bar for the past fourteen years, suspected Tuesday that the Hickmans’ biweekly hour-and-twelve minute drive from their home in Gonzales, Tex., into West Austin became too much for the aging Butch, whose family – be it himself, his father, who opened the bar, or his mother, who ran the bar until she passed away in 1991 – has held sole proprietorship of the business since its installment along Lake Austin Blvd. in 1951.

Its status has many around town lamenting the preordained death of another local institution and speculating about potential buyers, but Kuninger believes the Eddy’ll endure a different fate. He told the Chronicle the Hickmans haven’t put the bar up for sale to the highest bidder, but have rather gone about the process by targeting potential buyers they believe will carry the longstanding pub’s tradition onward.

“Butch and Patti have treated the employees like family,” he wrote in an email Wednesday morning. “They provided health insurance when they didn’t have to. Hell, they even loaned me money to finish my last semester of college. I’d be very surprised if they were to sell the Eddy to someone who wouldn’t promise to take care of the staff and keep its unique character and spirit alive.”

In the meantime, Kuninger and his wife Whitney Angstadt, a freelance filmmaker and regular at the bar since 1998, have begun their effort to crowdfund a documentary about Deep Eddy and its many colorful regulars called Nothing to Prove, a project they’ve been plotting for more than two years. Over the next 40 days, the two will try to raise $32,000 to offset production and post-production costs for the film, the tone of which the two have outlined below.

“The bar has a rich history that comes from the people that work and frequent there,” Angstadt said, “with legends and lore, tales of tragedies and triumphs, much like everything, or everyone, that’s been around for a long time. It's tribal, really. Look around and you'll see story after story represented by the memorabilia on the walls. Ask a bartender or regular about it and they'll tell you the story that goes with it.”

“I’m surprised no one did a documentary on this before,” Kuninger added. “There are so many stories here to tell, we wanted to create a time capsule of the bar and show the stories of the regulars, because, quite frankly, they’re interesting. We have CEOs, doctors, lawyers, bakers, and construction workers. When you enter the door, all that goes away. You’re judged by who you are and not what you do.” 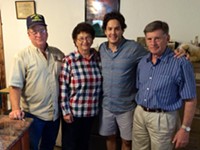