Gone is the faux tree in the middle of the dining room, as well as the pie cabinet with its bounty of desserts. In their place are quiet tables with artfully folded napkins, warmly glowing candles, and homey mason-jar drinking glasses. 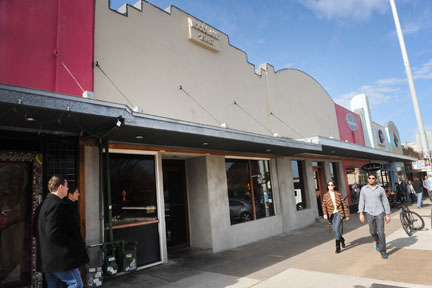 Update: Co-owner Tim Brown advises they've already been seeing a few walk-ins and expect more once they get up the new sign this week. The new chef at Little Barrel & Brown is College Station native Russell Dougherty.

A quick glance at the menu reveals a lean collection of Americana fare, from caramel-and-black-pepper popcorn and other assorted bar snacks to red kale and quinoa salads to grilled fish and a variety of other proteins.

The new concept, which replaces the Woodland (shuttered in early September), opened quietly on Saturday, December 21 and, upon a pop-in was populated only by bored-looking waiters and bartenders.

Little Barrel & Brown does not currently have a webpage or a Facebook presence; the heavily tattooed waiter I spoke to reports that Andrew and Matthew Botticelli, who own the restaurant in partnership with Tim Brown, plan to do a promotional push in early 2014. The brothers also operate Botticelli's (1321 S. Congress). 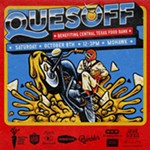