What Is Chaos Cooking?

Building friendships, one chicken pot pie at a time

I'd been receiving emails about Chaos Cooking since it was first promoted in Austin during 2013's SXSW. I finally took the plunge and attended a Chaos Cooking party in Austin this past weekend. The concept began in 2009, when Joe Che began hosting parties in his New York apartment where friends would gather to communally cook. 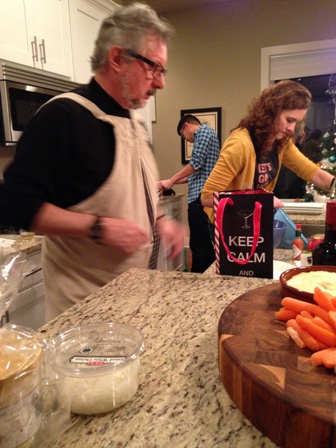 The idea was that each person brought ingredients and supplies needed to cook one dish. The party started with everyone jostling for space around the stove, over countertops, or at just about any flat surface that could be used for food prep. The parties were so successful he brought the idea to other cities across the country. Since 2009, Chaos Cooking parties have been hosted in Chicago, New Orleans, Las Vegas, Miami, and even in Iowa City, among others. 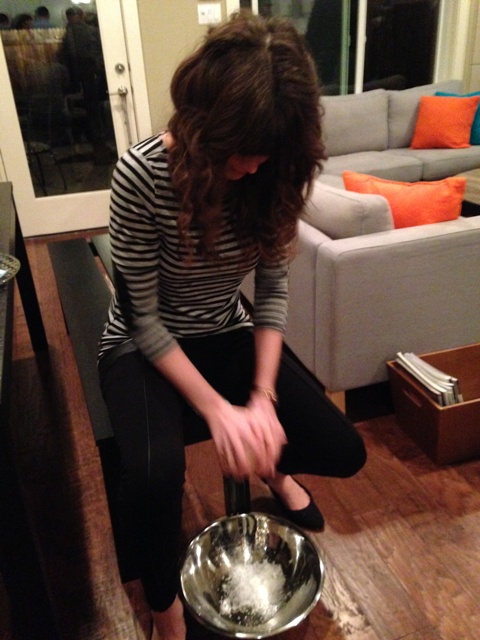 There is a magic that occurs when people start talking about food. It’s a connection, a sense of shared experience. The same thing happens when people cook together and have an opportunity to share bits of themselves with others. Through Chaos Cooking people share ideas, ingredients, and cooking utensils, as well as stories. Chaos Cooking harnesses the social alchemy that brews around food and cooking, bringing strangers together in unexpected ways. 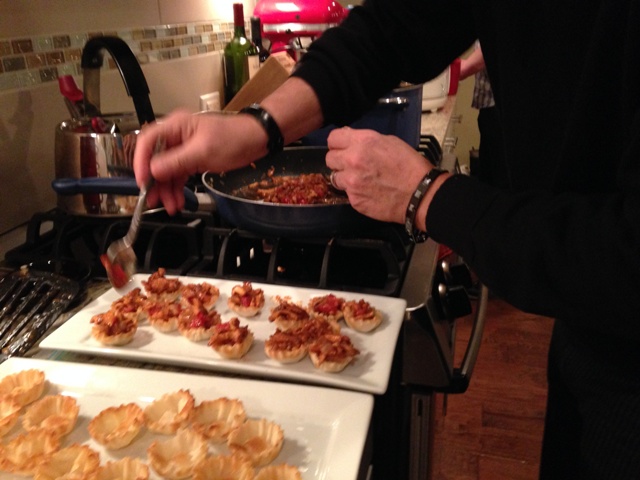 I knew no one at this past Saturday’s Chaos Cooking party and I admit I was a little nervous about showing up at someone’s house with a bagful of brussels sprouts and a Facebook invitation. What if I am the only guest? I worried. What if my host is weird, or worse, some sort of deviant sex trafficker? But the fear that most concerned me was, What if the food is bad?

None of my fears were realized. Deirdre Walsh and her partner Emily were model hostesses and shockingly normal. About 20 guests (many of whom were friends of Deirdre and Emily) gathered around the kitchen island, whipping up a small tornado. Amazingly, it all worked. The conversation was amusing, and the food highlights included coconut raita, baked brie with pecans and brown sugar, crawfish etouffee, sautéed chanterelle mushrooms in phyllo cups, and poached pears. I’d do it again in a heartbeat.