The creative team behind Swift's Attic announced today they plan to open a Chinese eatery called Wu Chow in a ground floor space of the IBC Bank Plaza, currently being built at 500 W. Fifth Street. 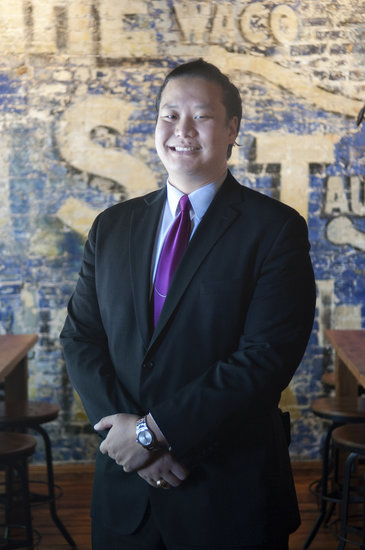 Wu Chow general manager and co-owner C.K. Chin (courtesy Bread & Butter PR)
Swift's Attic team member C.K. Chin had this to say about Wu Chow in today's press release. "We saw an opportunity to create a modern, yet authentic Chinese restaurant that builds on some of my family's recipes and incorporates what's currently happening in progressive Chinese cuisine today." Chin, who still has family in China, will be the general manager and co-owner of Wu Chow.

Co-owner Mat Clouser goes on to say that Wu Chow will draw culinary inspiration from all Chinese provinces and will offer lunch, dinner, take-out, and late night options, as well as dim sum service on weekends. Announcing the new restaurant concept now "kicks off our nationwide search for culinary candidates with a strong background in the Asian genre," according to the press release.

In addition to Chin and Clouser, other members of the Swift's Attic team who will contribute to the creation of of various components of Wu Chow will be the following: desserts, pastry chef Callie Speer; cocktail program, Jeff Hammett; and wine/beer offerings, Cody Budua and Sam Hovland.

Wu Chow is the third new local Chinese concept announced for 2014, the Year of the Horse. The opening of A-OK Chinese (1509 S. Lamar) from Jerry Reid and John Bullington has been pushed back until sometime after the first of the year and the actual location of Angry Bear, which will be the Chinese take-out component of Rene Ortiz and Laura Sawicki's new Lauderette concept, has yet to be announced.