Pluckers Still Wants to Give You the Bird 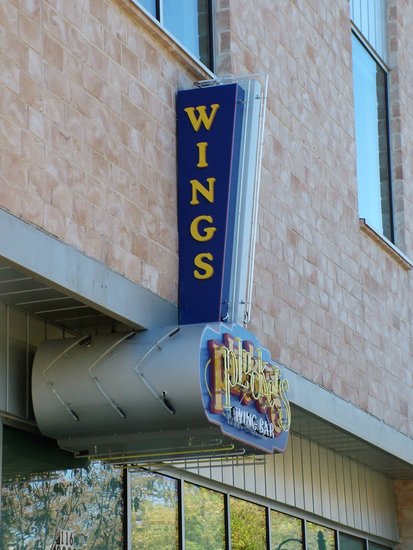 With a slogan that reads, "If you don't like our wings, we'll give you the Bird!" it's pretty obvious the owners of Austin's Pluckers Wing Bar aren't about being polite with their advertising. And that’s just the way founders and owners Mark Greenberg, Dave Paul, and Sean Greenberg want it.

“You are who you are,” explains Sean Greenberg. His brother Mark picks up where Sean leaves off: “We don’t run from who we are.” In many ways, the trio remain fundamentally the same as they were back in the early Nineties as Zeta Beta Tau fraternity brothers and students at The University of Texas at Austin. 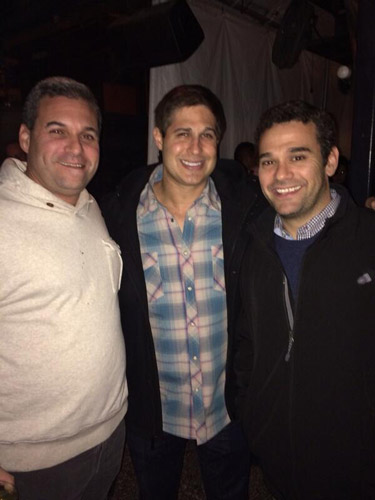 While at UT, they weren’t happy with the available food options in West Campus – especially late-night options that appeal to a typical college student. Dave Paul grew up in Atlanta, where quite a few wing restaurants offered delivery. The Greenbergs hail from New Orleans, where they grew up on spicy Cajun food. Clearly, Austin was missing something – something that Pluckers would soon offer.

While still in college, Mark and Dave participated in the Silver Spurs Chili Cookoff to try out their wings on a bigger scale. When they sold out of a thousand pounds of wings, they knew they were on to something.

Despite having no restaurant experience (Mark jokes they only had “formal eating experience”), they officially opened the first Pluckers on July 23, 1995 – right after Dave and Mark graduated from college. They did a lot of their own construction on the original location, which was on Rio Grande at 23rd Street, so they’ve literally built Pluckers from the ground up. 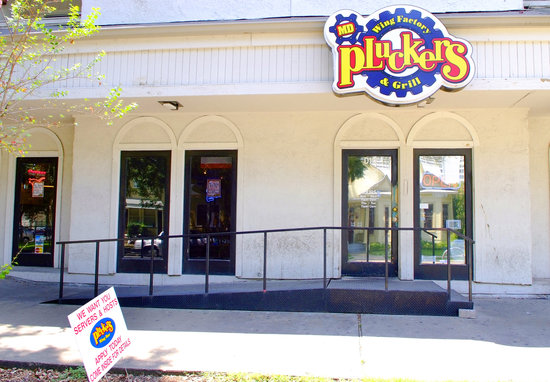 True to their roots, the trio still actively leads Pluckers, creating their own advertising as well as testing and choosing their own flavors (depending on the season, they usually offer around 20 flavors, which have 8-10 ingredients each). The only "consulting" that they do is between the three of them – after all, nobody understands the Pluckers brand like they do.

They openly admit that they weren’t even close to prepared when they started. Dave says that they were working 18-hour days when they started, doing almost everything themselves. “We learned everything the hard way,” Paul says, “and the hard way was the smart way.” When asked if they ever considered giving up early on, Mark Greenberg says that that was never an option: “We put in every penny we had, so we didn’t have a choice.” 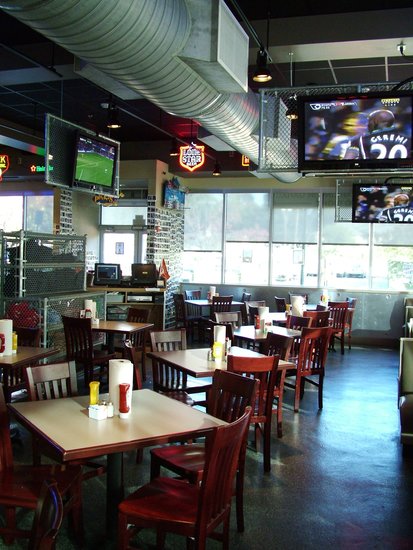 I ask the three partners what their early Nineties selves would think of who they’ve become, after so many ups and downs. Sean is quick with a joke: “That we’re fat and boring.” Fat and boring or not, they’ve gained a much better understanding of the industry over the years, recognizing the importance of both running a good business and offering good food.

They admit they weren’t the best students at UT, where they studied advertising. Although they might not have had the best GPA, their marketing at Pluckers has obviously succeeded. They often offer deals through social media. For example, they honor the best Tweet to mention them as their “Tweet of the Day” and give the author a $10 gift card. Pluckers representatives are often seen at sporting events, such as the UT football games, handing out “5 Free Wing” coupons. They also host a popular team trivia night on Wednesdays. Such events attract customers on nights when sports might not be on. Years ago, attempting to bring in more women, they even tried a “Martinis and Massage” event, which didn’t exactly work out for them (but you’ve still got to admire the creativity).

Sean explains the importance of marketing, saying that they never want to lose a customer because they never got you in the door. But while Pluckers often uses "edgier" marketing, they try to distance themselves from the “breastaurants” that are often associated with wings. They’re family men now, trying to sell food and a good time, not skimpily dressed waitresses.

The company now employs around 2,000 employees and has 15 locations around the region. They have locations in the Austin metro area, the Metroplex, and Louisiana. The newest location opened last month in Houston and is off to a great start, according to the owners. Not only has Pluckers expanded far beyond the original West Campus location and their annual wins in the Austin Chronicle Reader's Restaurant Poll, they’ve been nationally recognized as well. ESPN named Pluckers as one of the Top 5 Sports Bars in North America and USA Today included them in their list of Top Ten Best Wing Places in America.

And they don’t plan on easing up anytime soon. While the team hopes to open three or four new locations a year, they’re not willing to expand at all costs; Sean Greenberg emphasizes, “More than a number or anything, [our goal is] to grow in a way that enables us to bring the same great product and experience to more people. It’s to grow right, because we could certainly grow faster [than we currently are].” But no matter how far Pluckers expand, UT and West Campus will always be truly special for Mark, Dave, and Sean. That community, Mark says, has “given us the foundation to build what we’ve built.”