As Austinites prepare for the second weekend of the Austin City Limits Music Festival, a new Eastside craft brew and coffee shop offers a convenient and familiar respite from the chaos.

Located a block from I-35 in the space previously occupied by Progress Coffee, Wright Bros Brew & Brew (500 San Marcos) offers 39 taps of craft beer, a full espresso bar, Easy Tiger pastries, and a selection of sandwiches and charcuterie. Founded by brothers Matthew and Grady Wright, along with Matthew Bollick, the hotspot has been open just a few weeks and is already routinely bustling. 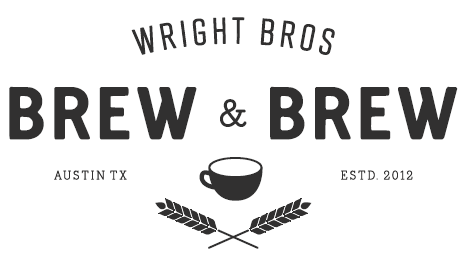 Designed by Chelsea Grace, the décor is decidedly minimalist. The drafting tables and metal light fixtures are paired with a fully functioning garage door that opens to let in the breeze. It’s industrial, and it’s sparse, effectively fueling both creativity and conversation. I thoroughly enjoyed my Guatemalan Flattrack cold brew, though I couldn’t help but notice the lack of creamers. After requesting cream from the barista, I was given whole milk. Albeit organic, it was the only option. A selection of half-and-half, milk, and soy or almond milk made readily available would certainly be more convenient.

Settling in for a bit, I ordered a Hops & Grain Greenhouse series beer, a seasonally rotating series of experimental brews. Simply marked “Revolving” on the blackboard, I inquired as to which one was available. The barista answered, “Revolving.” With 39 beers on tap, it’s certainly understandable, however with brewpubs in the area armed with craft beer experts, it would be wise to thoroughly educate staff on the menu. 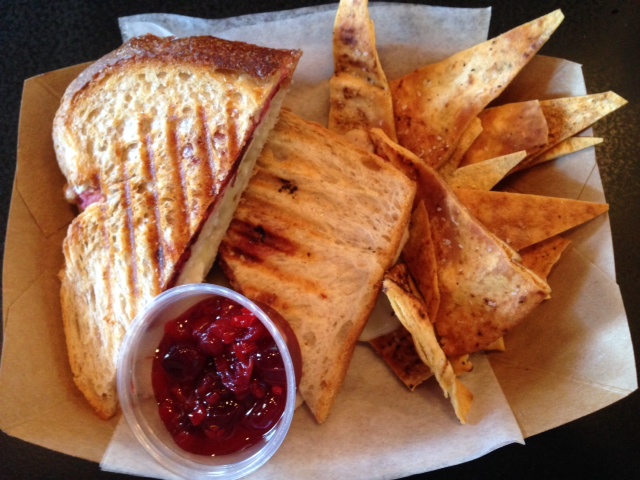 The sandwiches are straightforward and served with a choice of pickled jalapeños, picked fennel, or pita chips. My dining companion, an experienced home brewer and barbecue devotee, ordered the Brisket Sandwich ($9.75), braised with Hops & Grain Alteration and served on a Sweetish Hill baguette. As a firm believer in barbecue as the great equalizer, the workingman’s fuel, inexpensive and accessible for all, he noted the sandwich was a bit puny for the price, though he certainly finished every bite.

The Grilled Cheese ($5) served on Sweetish Hill sourdough with a mixture of cheddar, provolone, and Velveeta with a side of tomato jam, had a throwback-comfort-food feel. After reconciling my love/hate relationship with the maligned orange cheese food polymer, I decided the sandwich was good, though I still hate myself for it. The highlight of the meal was the Reuben ($8.75). Pastrami, house-made sauerkraut, and Russian dressing, the sandwich was an ideal balance with just enough filling between two pieces of Sweetish Hill rye.

When trying to escape the crowds of the coming weekend, pop into Brew & Brew for an Oktoberfest and a charcuterie plate where potential abounds. I’m looking forward to it.