Peached Tortilla Pops Up in Driftwood

While I won't be among the throngs in Zilker Park this weekend sustaining myself with food from the Peached Tortilla or slurping down Real Ale in the new ACL Beer Hall, I'm partial to both products. Not long ago, they practically brought a party to my very own back yard. 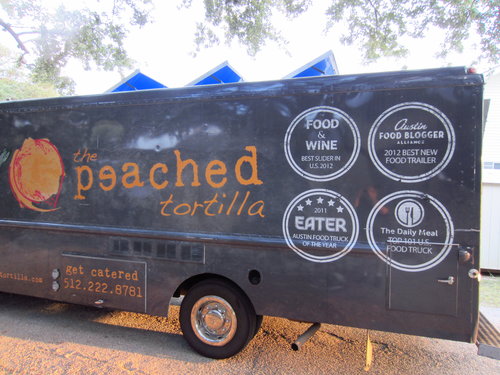 Chef Eric Silverstein and his big Peached Tortilla food truck (they have a second smaller truck now also) held their first ever pop-up dinner a few weeks back out at Stonehouse Villa, smack in the middle of downtown Driftwood. Peached Tortilla is hosting this ongoing series of pop-ups to publicize the opening of their brick and mortar restaurant in 2014 and to test dishes while building a larger clientele. Having eaten at the truck, and knowing Eric’s multicultural culinary influences range from Asian to Soul, I knew the food would be great. Beer was going to be matched for each course by Real Ale brewmaster Erik Overshok; no question that would be good.

I have driven by the event space daily for the last 32 years, and was curious to see how the 1923 masonry structure had been re-imagined into an event venue by owners George, Beth, and son Chris Beach, of Decorum Home + Design. Their Stonehouse Villa is a warm, gorgeous space, with a huge deck sitting on the edge of a verdant, rolling hill country meadow, with views for miles, towering live oaks, and the charming 1884-era Driftwood United Methodist Church right next door. The décor and table settings were over the top, and the flower arrangements creatively appealing. 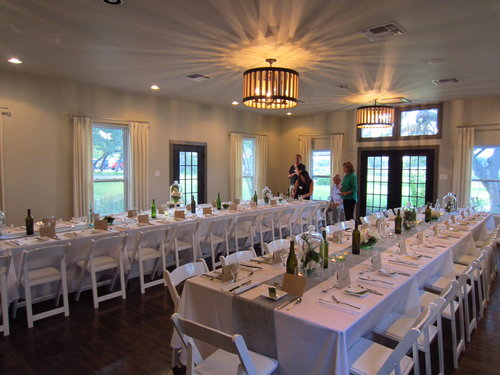 The interior of Stonehouse Villa, set for the party (Photo by Mick Vann)

I had a Real Ale Oktoberfest while noshing on several passed treats: crostini with savory caramelized tomato jam and mascarpone, and a sweet version topped with mascarpone, honey drizzle, mint, and blueberries. Once the herd got seated and introductions were made, servers dispensed the Devil’s Backbone: sweet maltyness with a hoppy spine; a pleasing tripel. The amuse was a spoon serving of rich, unctuous pork belly with a balanced sweet sour glaze of caramelized pineapple and Chinese BBQ sauce. A complex, enjoyable bite. 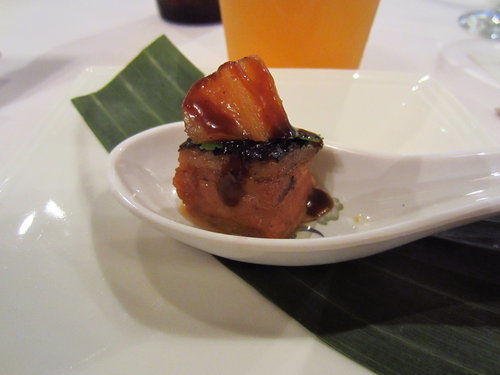 Real Ale’s Oktoberfest came next, a tasty, malty marzen, perfect for the fall. It was accompanied by Eric’s shrimp toast: shrimp mousse schmeared on toast before a golden brown dip in the fryer. It was studded with sesame and cilantro, and served with a zesty Thai chile dipping sauce. A little thicker than most, the crunch added to the enjoyment. Course two was matched with Hans Pils; slightly bitter with earthy hops, this will give Pearl Snap a good run for its money. It was paired with the Thai papaya salad, my least favorite of the dishes. I thought the dressing needed complexity and more interplay twixt sour and sweet, and more assertive salty fish sauce. The heat level was nice and zippy, but the sesame oil didn’t fit the profile. 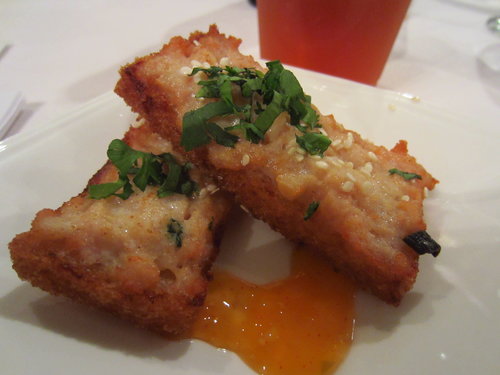 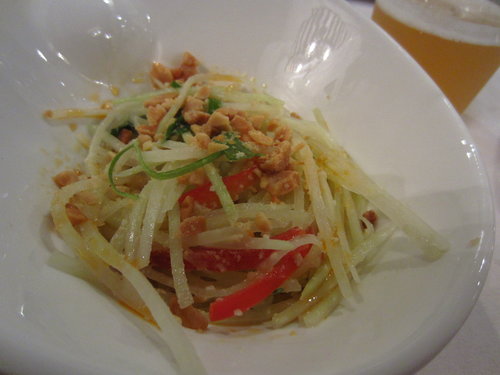 That little hiccup was more than negated by the main course. The beer was Real Ale’s juggernaut, Fireman’s 4 blonde ale; a huge success in ATX. The dish was superb: meltingly tender and succulent braised shortribs in a rich, reduced Korean-tinged braising liquid that had turned into a savory glaze of syrupy demi. The ribs were resting on a mound of cheesy, kimchee-laced grits, and garnished with fried shallots and scallion. I could have eaten my weight in these bovine delights. 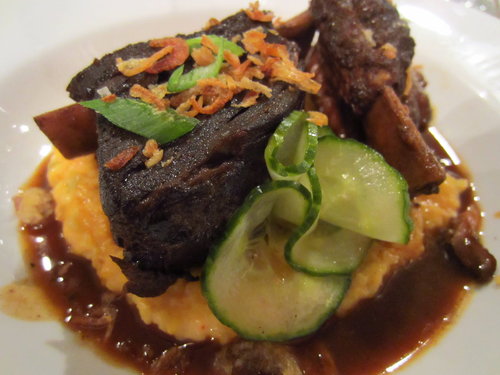 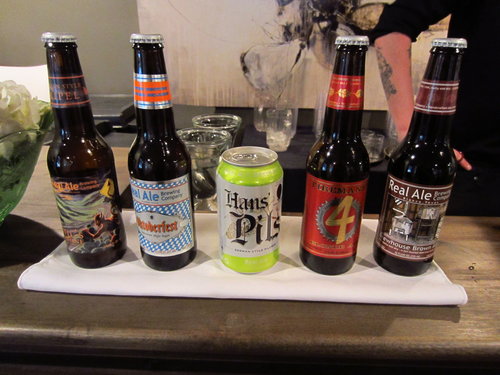 Dessert was challenging for most of the guests, but not for me. I’ve enjoyed similar treats in Thailand, as they enjoyed it once they took their first bite. The gula melaka was based on a traditional Malaysian/Southeast Asian sweet snack, made from sago pearls turned into a thick pudding. Eric’s version used chia seeds in place of the sago pearls, and a mix of coconut and almond milk for the custard, sweetened with palm sugar, and seasoned with a Thai basil reduction. The tapioca-like texture was like miniature sago pearls found in bubble tea, resting in rich custard. It was matched with Brewhouse Brown, one of the original three beers brewed at Real Ale. The deep amber-brown color and rich chocolaty, malty flavor went well with the palm sugar. 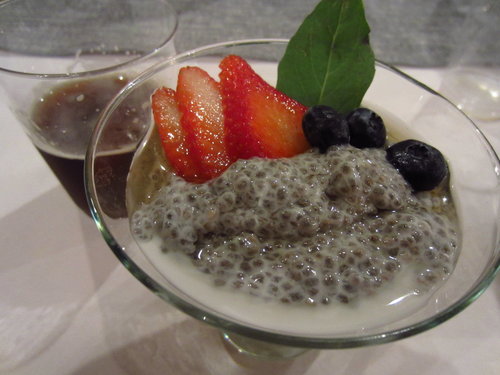 Eric the chef could have been a little more effusive in explaining his food, and Erik the brewmaster less effusive with his beers, but they matched fine flavor-wise. Peached Tortilla did a great job with the dinner; you should definitely attend their next pop-up. All of the players involved did a splendid job (servers, flowers, table settings, etc.); with Christina Good riding herd for Stonehouse and Hope Furst for Peached Tortilla, the event ran seamlessly. If the brick and mortar is this good, there will be nothing to worry about, and if you need a spectacular event space in a tranquil spot, Stonehouse Villa fits the bill. Good event, great stuff!

Check social media or call for current locations and hours

A version of this story ran on Mick Vann's blog.