Vespaio Is Still Buzzin' After All These Years

When business partners Claude Benayoun, Alan Lazarus, and Scott Bolin chose a building at 1610 S. Congress Ave. for their new restaurant in 1998, some of their investors questioned the viability of the location. 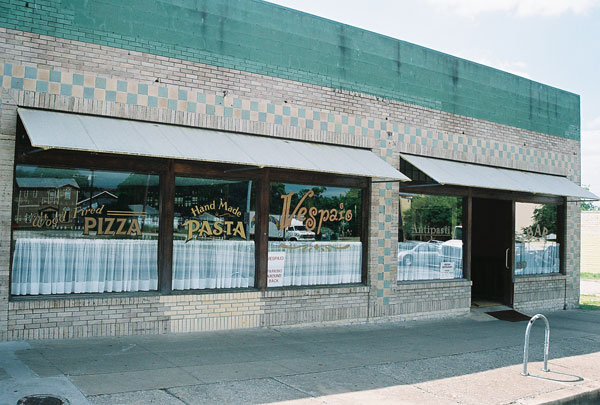 After all, the reclamation of the nearby Austin Motel (1220 S. Congress) and Hotel San Jose (1316 S. Congress) was still fairly new and Guero’s Taco Bar (1412 S. Congress) had only been in the old feed store building two years. Would people come to an upscale Italian restaurant on still relatively sleepy S. Congress? 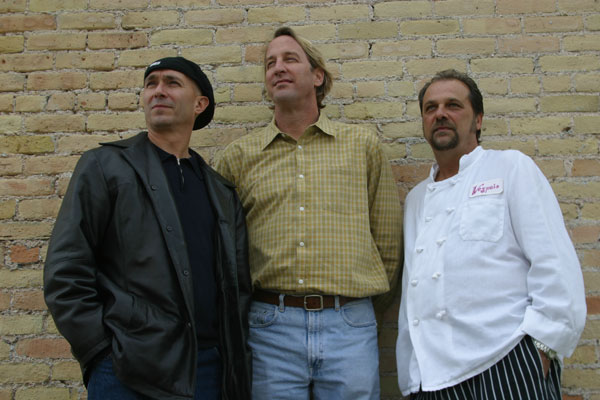 Fast forward fifteen years. The near South Austin neighborhood along the Avenue is now known as the very hip SoCo and the broad thoroughfare with plenty of foot traffic and back-in parking is anything but sleepy. The overwhelming success of Vespaio Ristorante (1610 S. Congress) has certainly been a contributing factor in the dramatic changes. So, what’s the story of the restaurant’s success? It started with a distinctive name, three groups of friends, and good word of mouth.

“Up until we started the remodel on the building, we had this name, Trattoria Congresso, but none of us really liked it,” chef Alan Lazarus recalls. “One afternoon Claude and Scott and I were standing behind the building talking to this Italian friend of ours while some construction guy was opening up one of the walls with a jackhammer. All of a sudden, bees began swarming out and our friend said ‘E'un vespaio!’ using the Italian word for wasp's nest that's also slang for beehive.” The accidental revelation of the beehive provided a unique and prophetic name for the new restaurant – Vespaio. According to Lazarus, it's not only slang for beehive but also for someplace with a certain buzz of energy, where people are enjoying a good time.

When asked about how the restaurant developed its early and still loyal clientele without ever even hanging a up sign, Lazarus explains it this way. “We three partners each had large, really different groups of friends, and they all came in to check out our new place. Our friends brought their friends and it just built from there.” In fact, Vespaio is one of the few restaurants in town that can claim fifteen years of success with no sign, no advertising budget, and no publicist, just customer loyalty and good word of mouth. Much the same thing happened when the business expanded in 2006 to include the more casual next-door sibling, Enoteca; well-loved for pastry, coffee, and lunch fare, 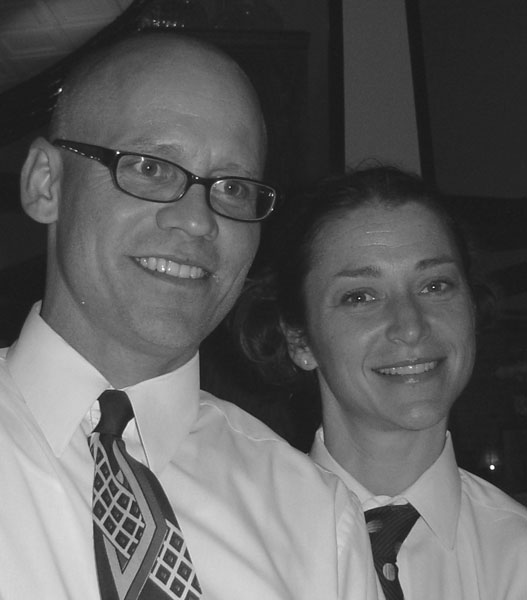 The partners give much of the credit for Vespaio’s success to the great contributions of their staff, many of whom have been with the restaurant for years. Key members of the staff are: longtime bar manager Tom Upthegrove (whom our Wes Marshall calls a local treasure); manager Heather Hatley, who worked her way up from bartender and server to management; and executive chef Ryan Samson, who joined the team in 2002 and implemented many of the everything-done-from-scratch procedures that enhance the quality of Vespaio’s food. 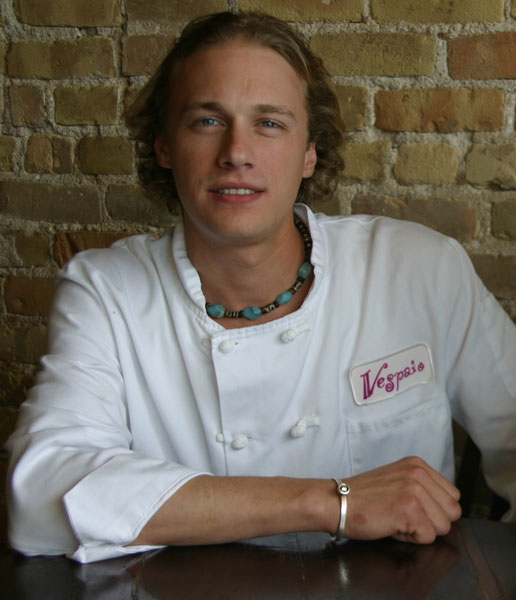 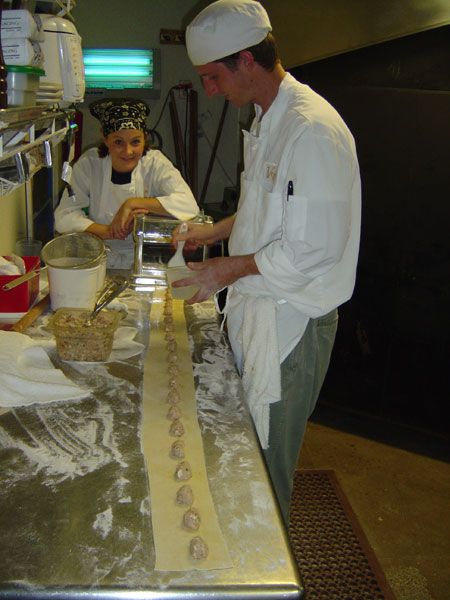 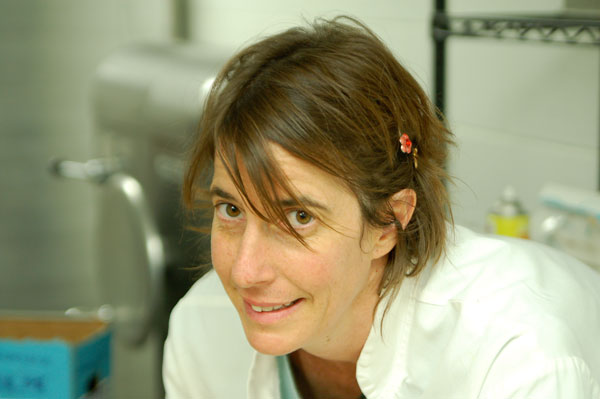 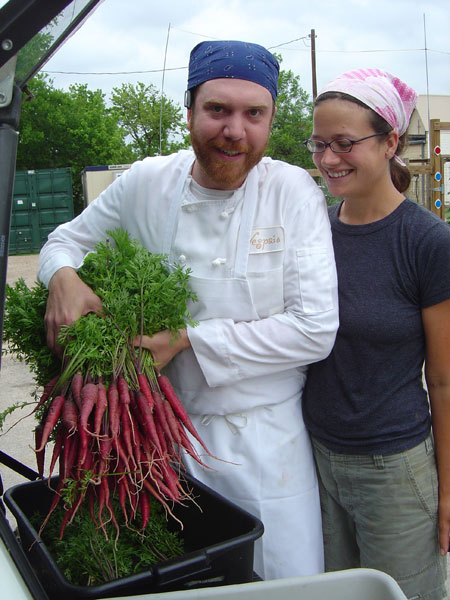 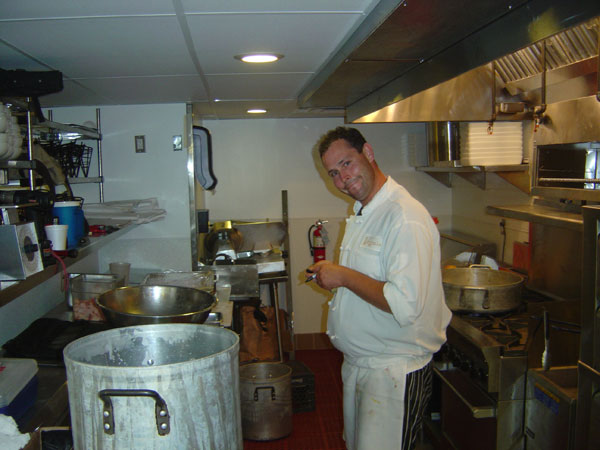 Sebastien Bonneau in the Vespaio kitchen (Photo by Alan Lazarus)

It’s a good bet that many of those folks will be among the crowd celebrating the big anniversary at Vespaio tonight; the restaurant and bar will be an absolute beehive of activity. Owners Claude Benayoun, Alan Lazarus, and Scott Bolin will be pouring bubbly and toasting their employees and customers all evening, and there will be specials from Vespaio’s original menu. Be sure to wish them "Cente'anni!" ( a hundred years) while you're there. 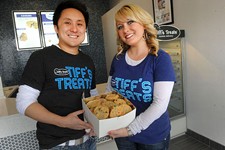 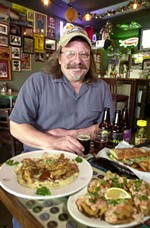