Street food appealing to the hungry student masses is no stranger to the area around the University Co-op. However, this new food trailer court on the back parking lot of the student bookstore is the first of its kind there. 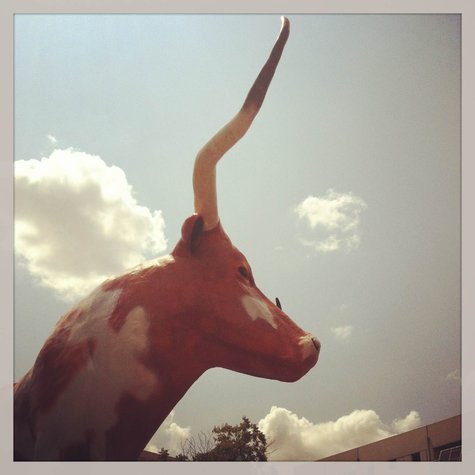 The Co-op Food Court celebrates a grand opening tonight with coupon giveaways, food specials at each trailer, and live music from Buggaboo and Royal Forest. The food trailers are arranged around a dynamic longhorn sculpture and a seating area with tented picnic tables. 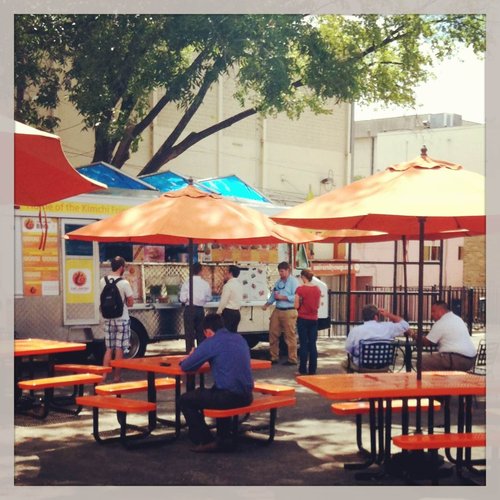 Covered tables in the food court (Photo by Leigh Kosloski) Long-range plans at the food court include game-day events, movie nights, and regular live music programming. For now, good food and convenience to the surrounding student population will be the main attractions. A delicious, healthy pita from Kebabalicious (Photo by Leigh Kosloski) The Grand Opening party is Thursday, Sept. 26 from 6-9pm

Co-op Food Court (on the back lot)