David Barrow is a busy man. An active supporter of East Austin urban farms, the documentary filmmaker, educator, and activist is on a mission to break down barriers that limit access to participation in the local food movement. That, and throw a great party. 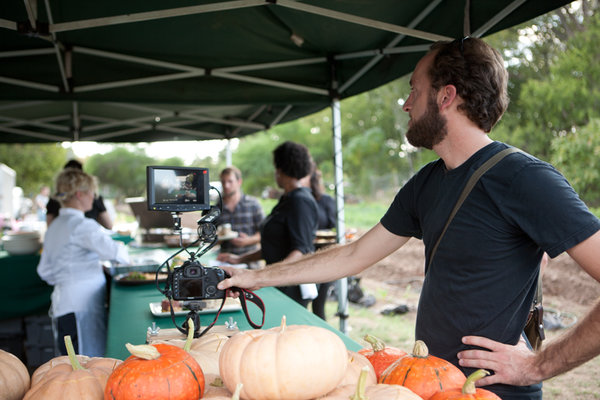 His nonprofit lovechild with partner/chef Sonya Cote is the Homegrown Revival, a representation in action of the community Barrow works to foster. Functioning as an underground supper club, the Homegrown Revival works tirelessly to educate consumers on the merits of local, sustainable food through their dinners, videos, and cookbooks. Menus offer creative dishes of unusual flavors and techniques, ranging from a pigeon liver terrine to a stunning ceviche (the ingredients of which will remain a tightly held secret among the fast-growing community of diners).

Quickly transcending its initial simplicity, the Homegrown Revival’s huge online presence via social media provides a real sense of connectivity. We’re all in this together, and that is a wonderful thing. According to Barrow, “I wanted to do two things: Travel around the United States and cook for people and take pictures of that food, so that’s the playful answer. Probably the truthful answer is that we, our [Homegrown Revival’s] goal, was intended to make sure that everyone knew how to source, cook, and eat local foods wherever they are. The goal is the education, but it’s kind of turned into food as art, really.”

While every dinner in the series is unique, each with common themes of twinkle lights, free flowing bottles of wine fueling conversations, and an overall feeling of kinship, the ultimate focus remains educating consumers. Chef Sonya Cote explains, “When I opened my first farm-to-table restaurant five years ago, people wanted to support it, but they didn’t understand. … So it was kind of like, we have to educate the public on how to eat local food in order for them to be able to actually participate in the movement. … I think David is the educator, and it’s his career. That’s what he does, and he took that element and added it to me.” 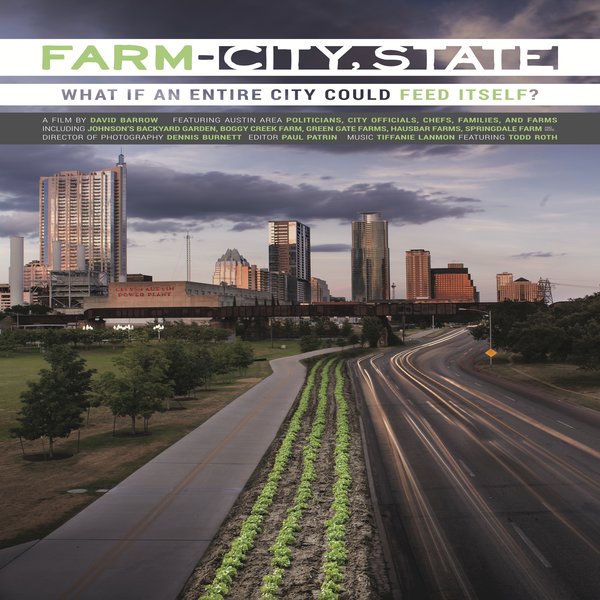 Because foodies and artists on a mission never rest, while Barrow’s first local food documentary, Farm-City State, makes the festival rounds, his sophomore film, True Beef, is actively filming at Connally High School. As part of his pursuit in challenging the supposed limitations placed on eating and sourcing locally, Farm-City, State explores Austin’s booming local food movement through interviews with local producers and advocates. The film follows Brenton Johnson of Johnson’s Backyard Garden on his mission to feed and educate Austinites. Barrow chronicles Johnson’s journey from a backyard gardener to the owner and operator of the largest CSA in the Southern United States.

The 2013 doc also prominently features Carol Ann Sayle of Boggy Creek Farm, Hausbar Farms’ Dorsey Barger, Urban Patchwork’s Paige Hill, Wheatsville Coop’s Dan Gillotte, and Rep. Eddie Rodriguez, among others. Bringing the film full circle, a family is followed for one month as they challenge themselves to eat local by purchasing ingredients from local farmers markets; this, with the fortuitous assistance of chef Cote. Says Barrow, “Austin was doing something that I felt was different then all the other places I’ve lived, and it was really the community doing it as a whole, and that community that has a singular goal made Farm-City, State.” Currently, the film has been accepted to three film festivals including the San Francisco International Film Festival and the Food and Farm Film Fest.

Winner of a coveted Austin Food and Wine Alliance grant last fall, True Beef will portray visionary chef Mike Erickson and his students at the Connally High School Culinary Arts program as they navigate the beef industry. The yearlong program will culminate in an MBA or Masters of Beef Advocacy. Functioning in a truly pasture-to-plate approach, students will learn the history of beef, why it is important to Texas, and the viable careers options that exist within culinary and agricultural arts.

An advanced screening of Farm-City, State will play today, Sept. 25 at 6pm at the Boyd Vance Theater at the George Washington Carver Museum and Cultural Center as part of Hunger Action Month events. Following the screening, a Q&A with David Barrow will be moderated by Kathy Green, senior director of advocacy and public policy for the Capital Area Food Bank of Texas. 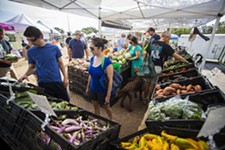