Kolaches Are a Big Hit in Brooklyn

Homesick Texans visit bakery for a taste of home

While thousands of Texans were flocking to tiny West, Texas, over Labor Day weekend to celebrate their Tex-Czech heritage with polka music and kolaches, homesick Texans in the New York City borough of Brooklyn were also enjoying an authentic taste of yeasty goodness that reminds them of home. 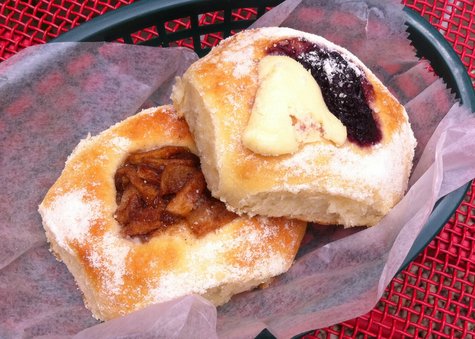 Brooklyn Kolache Co. kolaches (Photo by Kristin Leigh Knoll)
A lifelong Texan who finds himself living in New York City can, if he wants, find adequate replacements for the comfort foods of home – or so I've found in the year since I moved here from Austin for graduate school. The Big Apple seemed to notice Texan cuisine a few years ago, prompting Hill Country-inspired dry-rub BBQ joints, a couple of not-bad Tex-Mex restaurants, and a breakfast taco “craze” which itself spawned not one, but two trend pieces in the New York Times. I can even buy Shiner beer at my corner bodega now. I've happily availed myself of the benefits of this trend.

But the foodstuff I most closely associate with home is the kolache. Maybe that's because I, like so many others who moved to Austin from north Texas, have stopped several dozen times at the Czech Stop, in West, Texas, on my drives to and from home. New York doesn't lack for doughy ethnic breads – how I've feasted on bagels, bialys, babka, and Trinidadian doubles – but the kolache doesn't have a foothold here. The wave of Czech immigrants that came to America with their supple fruit-dolloped pastries in the 19th century overshot the East Coast and ended up settling in places like Prague, Nebraska, Prague, Oklahoma, and, of course, West, Texas. 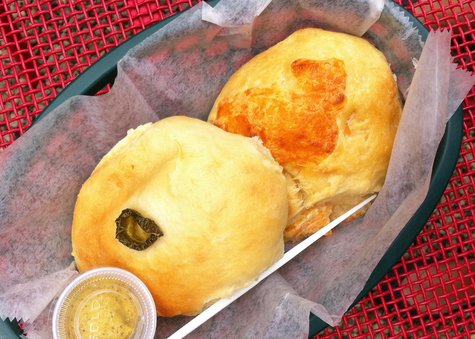 So imagine my delighted surprise when I discovered Brooklyn Kolache Company, in the Bedford-Stuyvesant neighborhood of Brooklyn. The bake case was lined with opulent, golden-brown, yeasted kolaches, in sweet varieties, like strawberry, apricot and poppy seed, as well as savory: eggs, sausage, jalapeño. There were even a couple of flavors I'd never seen before, like peanut butter and jelly. Over the course of reporting this article, I tried most of them. Brooklyn Kolache Company also boasts gourmet coffee, cinnamon rolls, and breakfast tacos properly served on flour tortillas. Only a Texan could be responsible for this. 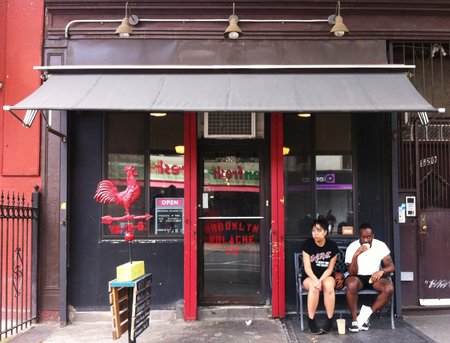 Turns out, a Texan is. Austin expat Autumn Stanford moved to New York City in 2004 and opened Brooklyn Kolache Company in April of last year, after leaving her customer service job with the food-delivery service Seamless. She funded the bakery with a successful Kickstarter campaign. “Brooklyn has so many good bakeries, so I wanted to introduce something new,” she says. “Kolaches are perfect for New York: they're fresh, hot, and fast. Plus, I knew there were so many Texans here.”

Stanford grew up on the kolaches at Weikel's Bakery (motto: “We Gotcha Kolache”) off Highway 71 in La Grange, where her family would stop when visiting her grandmother in Houston. The bakers at Brooklyn Kolache Company make everything from scratch according to Stanford's recipes. The décor of the bakery includes lots of exposed brick, art by students from nearby Pratt Institute, and reclaimed wood furniture, much of it made by Stanford's husband, Dennis. The vibe is decidedly casual: there's a sun-filled back room where you can often find people working on laptops, and a spacious, pebbled backyard area. 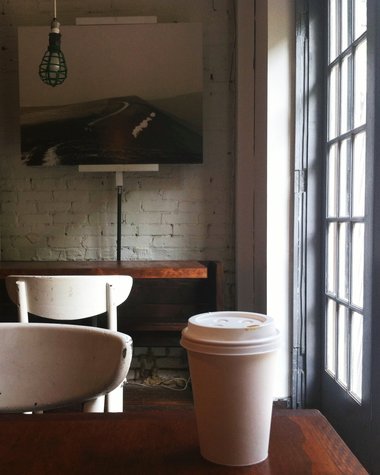 Interior of the coffeeshop (Photo by Kristin Leigh Knoll)

In addition to Stanford, on most days, you can find other Texans at Brooklyn Kolache Company. Chesney Christner is a barista at the bakery. The Austin native moved to Brooklyn a year ago to attend graduate school at Pratt. “One of my friends was like, 'You have to try these pastries!' I was like, oh, duh, that's a kolache.” She soon got a job at the cafe, but that hasn't diminished her love for its kolaches. “I kinda think they're better than kolaches I've had back home,” she says.

Although it's less than 18 months old, Brooklyn Kolache Company is well-integrated with the surrounding community, hosting popular movie screenings and Local Art Nights. The bakery has proved extremely popular; any doubts Stanford might have had about the kolache's staying power in New York have long been eradicated. 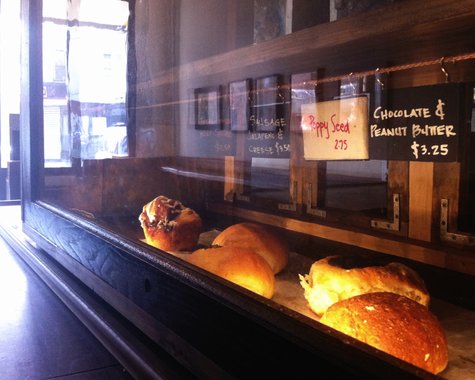 “On weekdays, it's mostly neighborhood people, stopping in for a quick breakfast,” Autumn Sanford says of her clientele. “But on weekends, groups of Texans come. They talk about where they went to college and where they got kolaches back home.” Thanks to Brooklyn Kolache Company, now they know where to get them in New York.

After seven years in Austin, Phillip Pantuso moved to Brooklyn in 2012 for grad school, but he still eats Texan when he can. 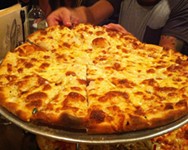