Cookbook Review: 'Treme - Stories and Recipes from the Heart of New Orleans'

Fans of the New Orleans-based HBO series Treme are in for a treat. Not only is the companion cookbook to the series just out in print, but Treme story editor and cookbook author Lolis Eric Elie will be teaching a class at the Central Market Cooking School on Saturday, Aug. 24, based on recipes from the book.

courtesy Chronicle Books
Far from being just a gimmicky marketing ploy, Treme – Stories and Recipes from the Heart of New Orleans (Chronicle Books, $29.95, ppg. 240) is an engaging representation of the cuisine of modern-day New Orleans, offering a recipe collection that any aficionado would be proud to have in their cookbook library. Author Lolis Eric Elie is a native of the historic neighborhood where the television series and book are set, and his inherent knowledge of the subject matter informs the authenticity of both. Elie has written the book from the perspective of chef Janette Desautel, a primary character in Treme who loses one restaurant in the aftermath of Hurricane Katrina and gains a new one when investment money begins to return to the storm-ravaged Crescent City. 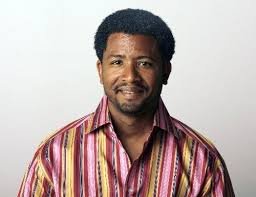 The fictional Janette is a graduate of the Culinary Institute of America who spent time cooking in France before returning to New Orleans in the Nineties; she worked for both of New Orleans' high-profile female chefs of the era, Susan Spicer (Bayona) and Anne Kearney (Peristyle), and helped Greg and Mary Sonnier open Gamay before striking out on her own with the eponymous (and fictional) Desautel. After losing her own restaurant in the wake of the storm, Janette moved to New York City where she did stints in the kitchens of chef/restaurateurs Eric Ripert and David Chang. (Susan Spicer is said to be the inspiration for Janette and many of the chefs she encounters have played themselves in the series.)

The impressive culinary resume Elie creates for the very believable Janette (Kim Dickens) contributes to the authenticity of the restaurant aspect of the series, as well as establishing a solid framework for the cookbook. Janette’s career trajectory gives television viewers and cookbook readers alike an insider’s perspective on well-known restaurant kitchens, and recipes contributed by her mentors and friends feel like natural inclusions in the recipe collection.

Now fans of the series can try the Crawfish Ravioli (p. 47) that becomes Janette’s signature dish at the new Desautel or the Paper-skin Chicken and Rice-flour Waffles with Asian-Cajun Red Pepper Syrup (p. 65) she bequeaths to David Chang upon her departure from Lucky Peach. Recipes from chefs at some of New Orleans finest new guard restaurants round out Janette’s chapter.

Each chapter also includes an essay on or exploration of some crucial aspect of New Orleans cuisine, attributed to Janette. The essays enhance the credibility of the recipes and provide insight into why folks in New Orleans are so passionate about food. Whether you’re a culinary historian, a working chef, or a life-long devotee of New Orleans cuisine, Elie’s book is a fascinating, worthwhile read, whether or not it ever makes it into the kitchen.

However, it would be a shame not to cook from this book. Lolis Eric Elie himself welcomes fans of the show to a Treme brunch class at the Central Market Cooking School on Saturday, Aug. 24 from 10am-12:30pm. The menu offers Muscadine Wine Lemonade, Uptown Eggs and Rice, Oatmeal Parfait, Salad without Papers, Clemenceau’d Shrimp, and Yeast Calas. Signed copies of the book will be on sale afterwards. Reserve online or by phone. If you know what it means to miss New Orleans, this brunch is for you. 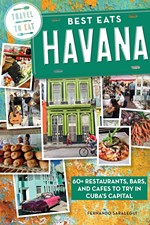 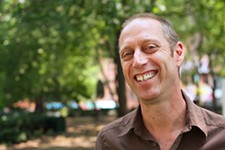