What's really behind Spin's failure, and what's next for its chefs?

How does a critically acclaimed restaurant with a unique menu, two pedigreed chefs, and a loyal following manage to fail in restaurant-adoring Austin? Don't be so quick to blame the neighborhood. Following an exclusive interview, we've got a cautionary tale for potential restaurateurs and some good news for fans of our Thai food scene. 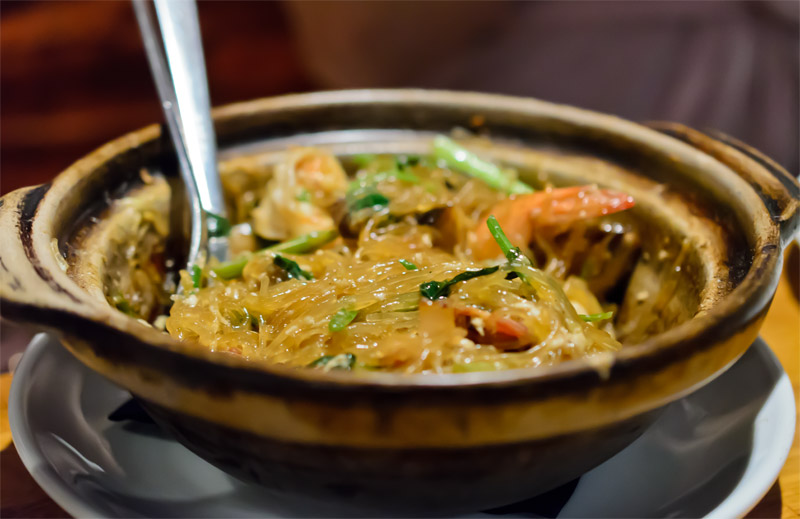 When Spin Modern Thai's managing owners Alphonso Dryer and Kuantan Vo announced that their relatively young restaurant was suddenly closing, it was quite a surprise for the local food community. In the 16 months that Spin had been open, the eatery earned coveted spots on multiple "Best Of" lists, including the Austin Chronicle's First Plates Awards. The two chefs in the kitchen had finally been getting long overdue credit for their talents, and loyal customers raved about their favorite dishes, from the Clay Pot Shrimp to the Yum Baby Octopus.

Nestled just inside the Northwest city limits of Austin, and just beyond the border of rapidly booming Cedar Park, Spin had become one of the major dining anchors in a part of town with a bright culinary future. Along with the likes of Noble Sandwich Company and Asia Cafe (both fellow First Plates winners), Spin helped prove that Austinites in this corner of town are no less capable of appreciating good food than their fellow citizens in the hipster-rich districts of the urban core.

After the closure announcement, though, two primary questions seemed to remain: Why did this happen so suddenly, when Spin just seemed to be hitting their stride? And what's next for the chefs who so skillfully crafted the restaurant's great food? 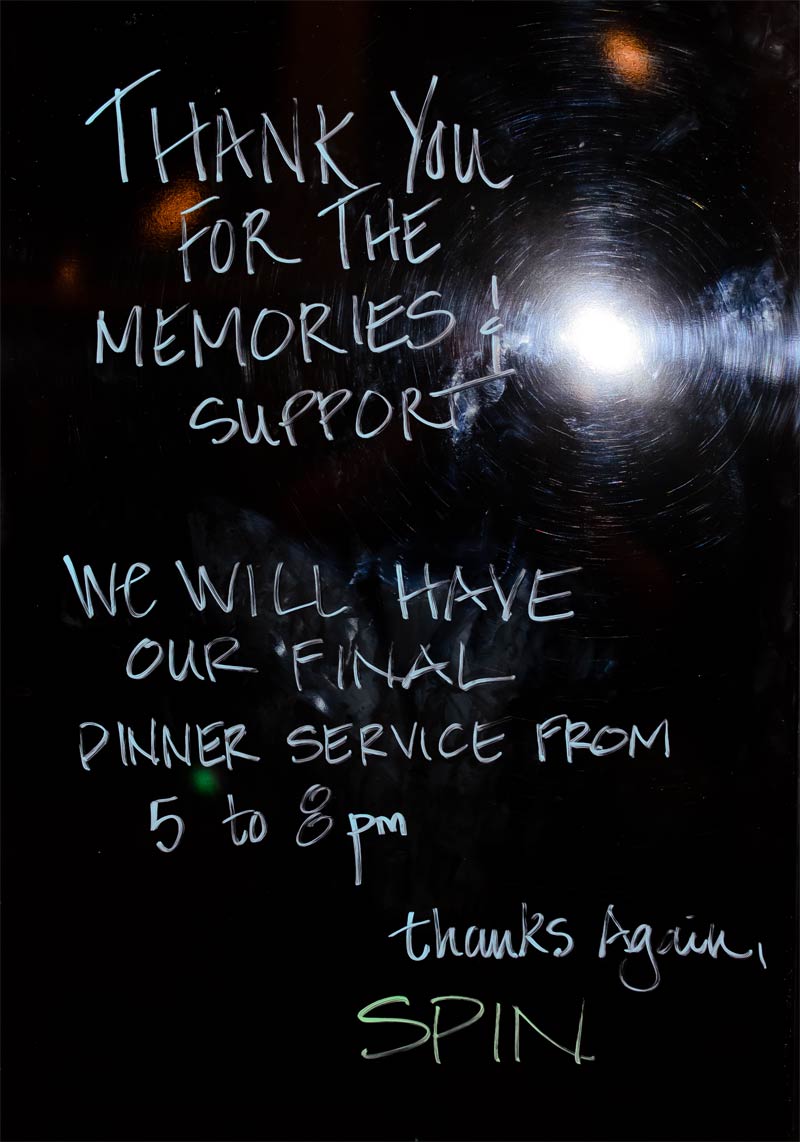 On the final week night of service, the diner was overflowing with customers eager to get one last shot at the Spin menu. Chefs Ek Timrerk and Thai Changtong worked nonstop in the open kitchen. They seemed far from defeated as they took turns commanding their staff on the line, and the plates they produced displayed an apparent resolution to ensure that every patron's final memory of their food would be their best.

Service to the last customer had long passed before the pair could find time to sit down, even for a pre-arranged meeting. Chef Thai's furrowed brow relaxed a few minutes into the talk, as he explained his sudden realization. "I know why you waited here to do this interview. You can't believe what you see!"

He sat back and continued, "There's got to be a reason to go out of business, right? But you see that we're packed, people are waiting. A lot of people, too. Right? I know. I know. I see other people wonder the same thing."

His voice trailed off and he looked away, but his face still carried the emotion and exhaustion of a restaurant's final night. Fresh off his most recent dance with adrenaline, the chef wasn't quite ready to solve the riddle he knew begged for an answer. 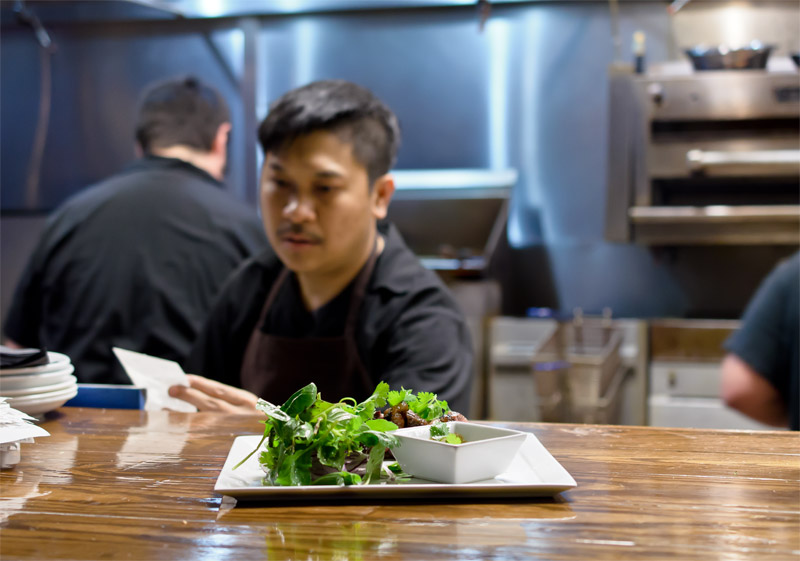 "The blame is on us." Co-owner Vo, himself tired from the stressful week, cleared the air with zero hesitation. "I'll come right out and say it. The biggest factor was poor management decisions on our part. That's all it was."

Pressed for details, Vo went on. "We made poor decisions when trying to get funding. It was those high-interest rate loans." These were no ordinary bank loans, though. "I don't know what they call it. These were private lenders."

Vo chimed back in, "If any new business owners want a piece of advice: don't take those cash advance loans. It's good for a little while, and then…" He shrugged his shoulders and shook his head.

While what seemed to be predatory loans created the house of cards that was Spin, it was a leaky gas line that finally blew it down. A coupling in the roof-top supply line fell under their responsibility as tenants. When it leaked near an air intake that lead to neighboring tenants, the gas company shut off Spin's service. Even after same-day repairs, city codes required the restaurant to pass a new inspection before they could open to the public, resulting in the loss of at least one full day of service and thousands of dollars in revenue.

This door shuttering scenario played out not just once, but three times. Still paying back their early cash advances, the owners were pushed closer and closer to the brink of danger with their debt collectors by each frustrating gas leak. The third and final incident was this past Monday, and it proved to be just too costly. By Tuesday afternoon, Vo and Dryer had informed the chefs and staff that their restaurant would cease operations at the end of the week. 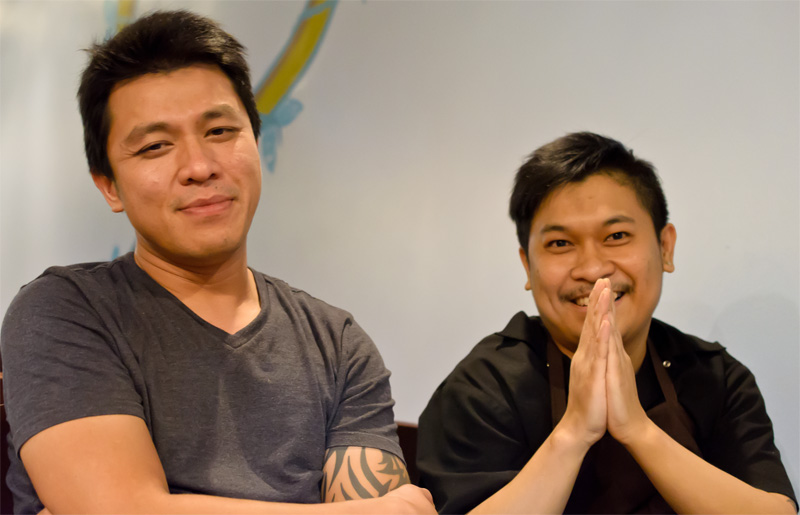 Chef Ek had a one-third share in the ownership of the restaurant, but his management responsibility didn't extend beyond the kitchen. In another odd twist to this tale of mismanagement, he learned about Spin's dire financial straits and sudden closure on Tuesday, like the rest of the staff.

Ek didn't sulk, though, at least, not in public. He was proud of what was accomplished at Spin and ready to carry the lessons he learned into the future. Asked what he will do next, Ek wasn't shy about his immediate plans. "My next thing to do is to work on helping my sister re-open her restaurant."

Ek's sister, Titaya, is, of course, the celebrated owner of Titaya's Thai Cuisine. Over the course of almost 8 years in Austin, Titaya herself gained a loyal following (2010-2012 Austin Chronicle Reader's Poll winner), reliably steady lines, and plenty of praise from critics.

Late last year, Titaya shut her doors for what was originally billed as a remodeling project. After months of inactivity and no word from the owner, however, sources like Google's maps listed the establishment as "permanently closed." Some diehard regulars of the Midtown joint grieved the apparent and inexplicable demise of their favorite Thai spot.

Ek revealed the truth behind the long pause: it was a well-earned sabbatical for his sister. "This is her first break - I mean really - her first ever since she started running the restaurant. She went back to Thailand for a while and recuperated, and now she's fine."

Ek said that remodeling is indeed in the works for Titaya's place, including an expansion of the kitchen and the dining areas. He said the construction itself will take about two months. By his own estimate, that means a re-vamped Titaya's will open "hopefully by late September. It's just a matter of how fast she can get the permits approved."

Chef Thai also had plans for his immediate future. He could not yet go on the record with his next landing spot, but followers of his food should rest assured that they will soon be able to find Changtong in the open kitchen at yet another popular, high-profile Austin establishment.

Though they will both be working in other chefs' kitchens for now, Ek and Thai made it clear that their efforts to sail their own ship haven't been permanently sunk. Disappointed but undaunted, Chef Thai was confident about the future. "We won't give up. We see so many people love us."

The two patted each other's shoulders in solidarity, and Chef Ek agreed. "We still have a dream." 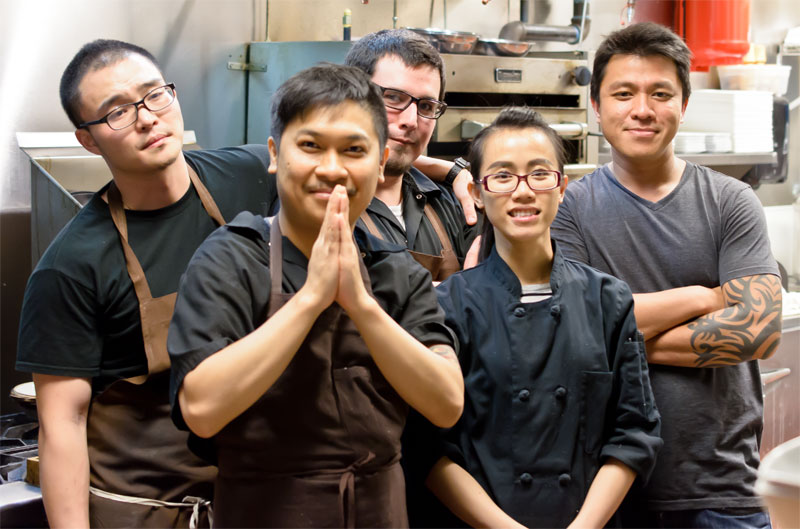