Tales of the Cocktail Takes Over New Orleans This Week

As the 11th annual Tales of the Cocktail spirits and culinary festival kicks off in the French Quarter of New Orleans this week, there will be a strong showing from the Lone Star State’s sizable contingent of visiting bar professionals, a trend that has been on the uptick in recent years. 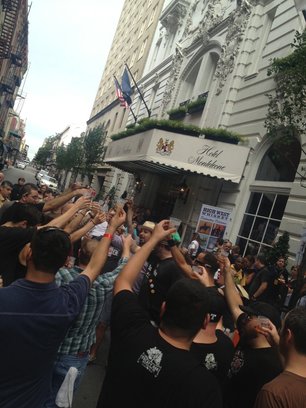 Before the main event even begins, Texans will be showcasing their wares and their talents at the Texas Tailgate Party. Created by the North Texas chapter of the United States Bartenders Guild in Dallas, the party will take over the street in front of the Hotel Monteleone on Tuesday afternoon, July 16. Big D’s finest will be joined by bartenders from Austin, Houston, and San Antonio in a showcase of Texas spirits, Texas cocktails, and Texas hospitality.

It was not long ago that Texas was virtually unrepresented at the annual event known affectionately as the “South by Southwest of booze.” When we first attended Tales in 2007, we bumped into more Brits than we did Texans. As the cocktail bar scene in Texas has grown in recent years, so has the Texas presence at the annual conference. In 2009, USBG Austin hosted our first Tales Send-off Party, and in 2011 the event became official when Tales founder Ann Tuennerman joined us for a multi-city promotional tour of Texas bars.

As sparsely attended as the conference was by Texans in the earlier days, the view was even grimmer from the dais. Over the last several years we have seen a number of prominent Texans join their coastal counterparts in the presenter’s circle, notably Houston’s Bobby Heugel who has become a mainstay of the Tales docket. This year he is presenting seminars on the history of ice and the economics of the cocktail bar. Come Saturday night, there is bound to be quite a crowd cheering on Heugel’s Anvil Bar & Refuge as they are in the running for the Best American Cocktail Bar award at the annual Spirited Awards show. 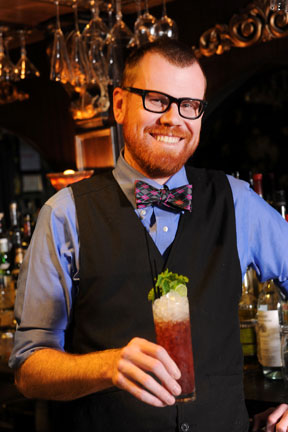 Where to find Texas bartenders this week at Tales:

Tuesday, July 16: Texas Tailgate Party on the street in front of the Hotel Monteleone; 2:30pm

Wednesday, July 17: Tipsy Texan book signing. Thanks to Tales of the Cocktail for accepting Tipsy Texan - Spirits and Cocktails from the Lone Star State (AndrewsMcMeel, $19.99) into the annual Book Store, where authors from the famous to the obscure sign books throughout the week. Hotel Monteleone lobby, 5:30pm

Wednesday, July 17: “Viva Sangrita” Austin bartender Justin Stidham from Whisler’s will join competitors from around the country in the annual search for the best sangrita. 4-7pm at d.b.a.

Thursday, July 18: Disaronno Mixing Star Competition where Austin bartenders Brian Dressel of Midnight Cowboy and Carley Dunavant of Whisler’s will compete in the national finals of this annual competition at the Hotel Mazarin, 5-7pm

Friday, July 19: Bare Knuckle Brawl The successor to the “Bar Room Brawl” event that has been a Tales staple for years, featuring teams from a selection of America’s top bars slinging drinks rather than blows (a novelty among bartending competitions, which generally are done solo). This year’s Brawl will include a team from Bar Smyth of Dallas, only the second time a Texas bar has had the opportunity to compete. Houston’s Anvil Bar & Refuge was in last year’s lineup. Jax Brewery Bistro Bar, 10pm-1am

Saturday, July 20: Spirited Awards in the ballroom at the Hyatt Regency, 8pm 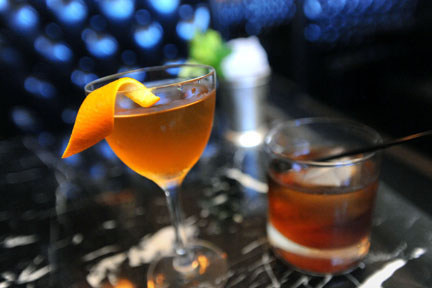 Tipsy Texan bartender/blogger/author David Alan is covering Tales of the Cocktail for the Austin Chronicle this year.