Ever since word got out that Spanish chef and restaurateur Daniel Olivella and his wife, Vanessa Jerez, had moved their young family to Austin with the intention of opening a restaurant here, Spanish food lovers have been on the alert. Quality representations of Iberian cuisine have been noticeably absent from the Austin culinary scene. No more. 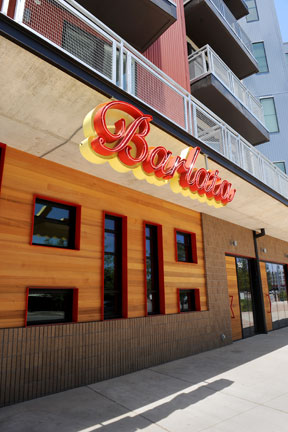 Photo by John Anderson
Olivella built his culinary reputation in this county with B44 Bistro in San Francisco and Barlata in Oakland, two causal restaurants that serve authentic Spanish cuisine. They are known as busy, comfortable neighborhood places for enjoying food and wine with friends.

The Austin version of Barlata (1500 S. Lamar) is on the ground floor of a new multi-use Post South Lamar. Olivella's Austin outpost has great potential to become a neighborhood hot spot on a street that's already home to Uchi, Barley Swine, and Olivia, not to mention the arrival of a brick-and-mortar East Side King and another Italian restaurant from Emmett and Lisa Fox.

If Olivella's California menus are any indication, look for the new Austin restaurant to offer pinxos (tooth-picked bites), tapas (small, shareable plates), and entrees, including several kinds of paella along with a full bar. The restaurant opens for dinner tonight and will be adding lunch service at some point in the fall. 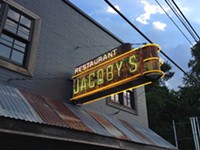 Jacoby's Opens Next Week
Restaurant, store, and deck will have sweeping river views 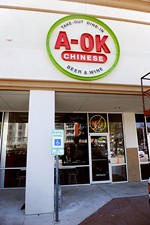