Baked treats for a good cause selling at 8 locations citywide

When news broke that a deadly explosion at a fertilizer plant had devastated part of the city of West, Texas, many people's first instinct was to wonder how they could help. AustinBakes blogger Kathryn Hutchison already knew what to do. She immediately took to social media and began planning a bake sale. 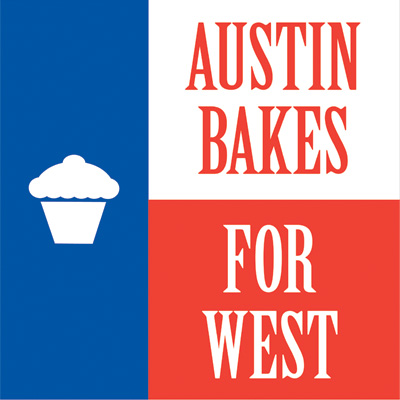 You see, Hutchison is an old hand at bake sales. Her large network of civic-mided bakers has already raised funds for victims of the tsunami that hit Japan and for folks who lost everything to the Bastrop wild fires. In the ensuing weeks since the explosion, Hutchison has received donation confirmation from more than 200 Central Texas bakers. We're talking everyone from baking Moms to restaurant pastry chefs and from cottage industry bakers to brick-and-mortar bakeshops. Look for cookies, cakes, brownies, cupcakes, kolaches stuffed with house sausage at Stiles Switch BBQ, pies, tortes, tarts, breads, chocolate croissants from Easy Tiger, and Texas-themed confections. (Such as the Blue Bonnet cookies from Capital Cake Chick and my Salty Texas Peanut Brittle made with peanuts from Carrizo Springs.) Not only are Austin bakers donating their time and talent, but a group of bakers from Corpus Christi has pledged donations and are driving them here in time for the sale on Saturday. The size and scope of the sale is so big that items will be sold at 8 different outlets around the Austin. 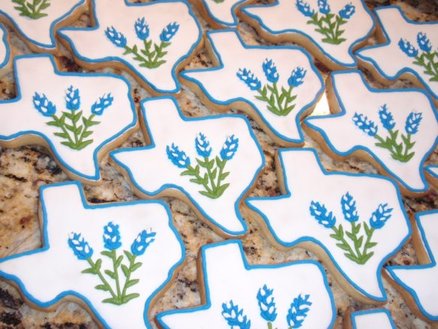 Thanks to Kathryn and her friends, you needn't worry about what you can do: Just buy and enjoy baked goods, knowing you've done your part to support the relief efforts of AmeriCares in West. For more information or to make a gift online, go here.