Sip and stroll through sculpture garden raises funds for facility

The fifteenth annual Garden Party had a special purpose – to raise funds to link artist Charles Umlauf's work studio and family home to the rest of the museum and sculpture garden property willed to the city by the artist and his wife. Everyone involved went out of their way to make it a very successful occasion. 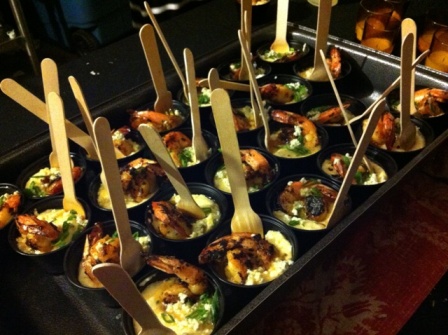 Blackened Shrimp over bleu cheese grits from Moonshine Patio Bar & Grill was the winner of both critics and people’s choice awards for the best overall dish at the party on Thursday. Although there were many memorable bites at the event, Moonshine hit it out of the park with a classic Southern dish that merged bold yet familiar flavors. 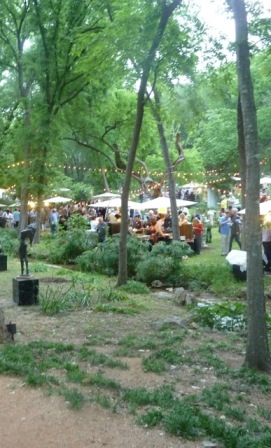 The Umlauf Garden Party gets bigger and better every year. This year’s event featured food from more than 20 local restaurants, wine from Twin Liquors, a live auction, a silent auction, music from the Nash Hernandez Orchestra, and the art of Jennifer Chenoweth. Her work is colorful, almost tactile, and evokes the connections between cultural and natural environments. Guests rambled through the sculpture garden paths, sampling treats along the way. Twinkling lights strung between the trees imbued the garden grove with a bit of fairy magic. 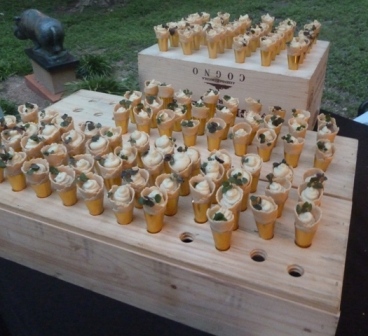 Among the food luminaries represented at this year’s Garden Party were the folks from Swift’s Attic, Olive & June, Epicerie, Trace, Trento, Kenichi, and the Mansion at Judge’s Hill.

Favorite dishes among both critics and guests included Alma Alcocer Thomas' tostadas with beef salpicon and huasacaca sauce from El Alma, Gourdough’s sinful doughnuts, Satay’s Thai seafood gumbo, and North’s seared scallop over grits. I admit to a weakness for the Mansion at Judge’s Hill’s raw oysters with melon sorbet and Trento’s lovely cold smoked salmon, both so good, I devoured them without snapping photos first.