No place for the timid

In the summer of 2000, a young wine lover set his mind to work at a winery in Spain. Upon arrival in the country, he sent a letter to all 21 wineries in Priorat DOCa saying he was searching for a job. In that letter, he said he had fallen in love with the region, the mountains and the vineyards, but that he found the roads in Priorat to be quite treacherous.

He emphasized that if he didn’t receive a response phone call, he would have to visit them in person, and this could be a dangerous endeavor. So they might receive a knock on their door, or they might hear reports of a crazy American careening off the road into the vineyards on his way to see them. Therefore, to prevent such an event, it would be best if they called and offered him a position. One winery, Costers del Siurana S.L. replied, saying that particular comment caught their attention, and that was all he needed. He worked August through October in the vineyards and barrel room, speaking Spanish and learning Catalan, and helped them make a 93 point wine. No timidity: That’s how Devon Broglie rolls. 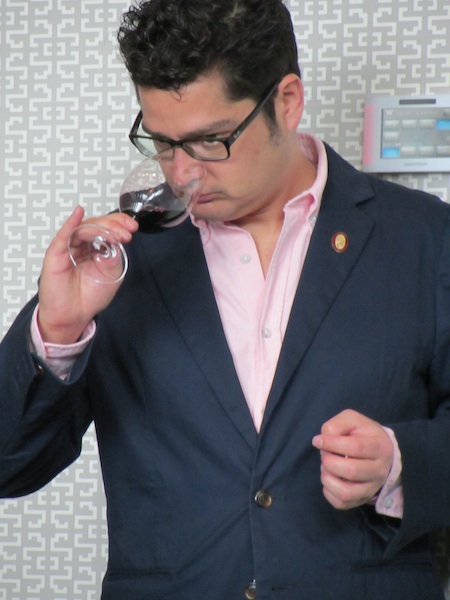 In the thirteen years following, he has become an expert in Spanish wine, and wine in general. Broglie is one of less than 200 people worldwide to become a Master Sommelier with the Court of Master Sommeliers. Only 10% of candidates who go for the test receive this honor. He taught our wine tasting class for the Drink Ribera. Drink Spain event, sponsored by The Food and Wine Foundation of Texas last weekend. We spent a few hours learning and tasting why Ribera del Duero was awarded Wine Region of the Year by Wine Enthusiast Magazine. 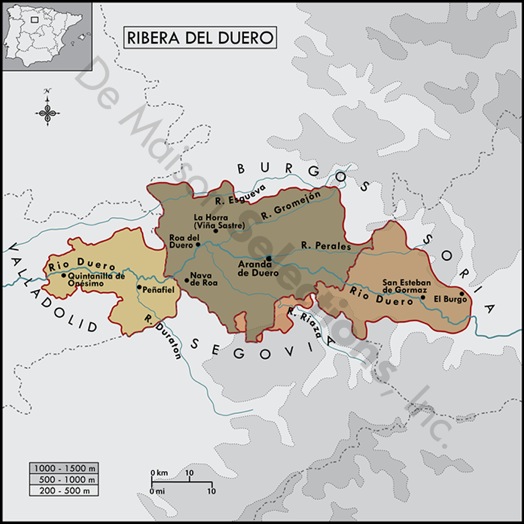 Ribera del Duero vineyards run north and south along both sides of the Duero River (called Duoro in Portugal) and is a place of distinct terroir. The vineyards grow at the highest average elevation in all of Europe and experience wide diurnal/nocturnal temperature swings and four separate seasons. The short growing season is marked by late and early frosts, rainfall is limited, and winemaking traditions run deep. All of these factors help them produce incredible red and rosado (rosé) wines, mostly from Tempranillo grapes (called Tinto Fino or Tinta del Pais in the region). The trademark and pride of Ribera del Duero wines lies in their balance: between fruit and oak, acidity and tannin, even sweet and savory notes, like cherry and soy sauce. Wines are primarily aged in a combination of French and American oak, lending to their complexity, and their tannins and acidity make for long and graceful bottle aging. 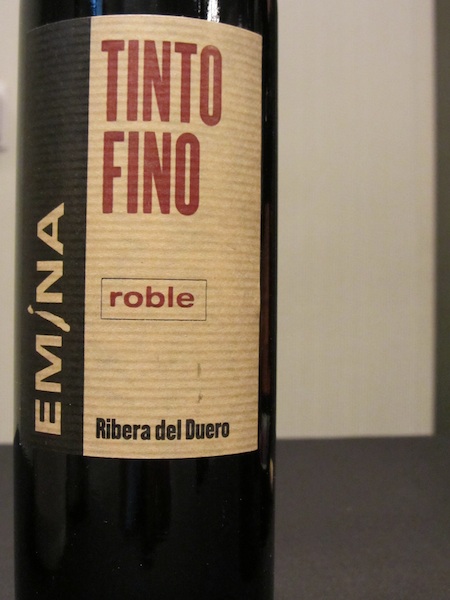 We started the class with a history and geography lesson, and were given instruction throughout the seminar from both Broglie and Natasja Mallory, representative of Ribera in the United States. Winemaking tradition goes back about 2000 years, as evidenced by a Roman mosaic found in the region. The wine has seen layers of French influence as Benedictine monks ventured down from Cluny in Burgundy, and in the 1800's when the phylloxera disaster sent waves of French winemakers into Ribera. One notable estate, Vega Sicilia, was founded by a Spanish winemaker who studied in Bordeaux: Don Eloy Lecanda Chaves. He treated Tempranillo (and Bordeaux varieties he brought from France) to the same barrel aging techniques he had learned and found the wines to be outstanding. His vision left a lasting impression on winemaking culture. In 1982, Ribera del Duero became an official Denominación de Origen, and although there have been rumors of it becoming the third DOCa (next to Priorat and Rioja), Malloy confirmed their intention to keep the D.O. status, stating they were proud of the quality and standards used to make their wine and did not see any reason to change status.

We tasted through seven wines, all 100% Tempranillo, all of different character, and were led by Broglie in the notes. He showed us how to evaluate a wine, then asked for feedback for what each person smelled and tasted from the glass. His approach was light and fun as he encouraged each person's impressions and tossed about corny jokes. Throughout the experience, Malloy chimed in to share her expertise. She explained how the wide swings in temperature and high altitude preserve the acidity and lend a freshness and structure to the wine, and shared stories from individual winemakers' histories. Between the two instructors and our chance to learn directly from the glass, we left the class truly enthusiastic about the region.

After we were welcomed to the trade room to taste wines from over sixty producers and eat bites from TRACE, a nice continuation of our education. 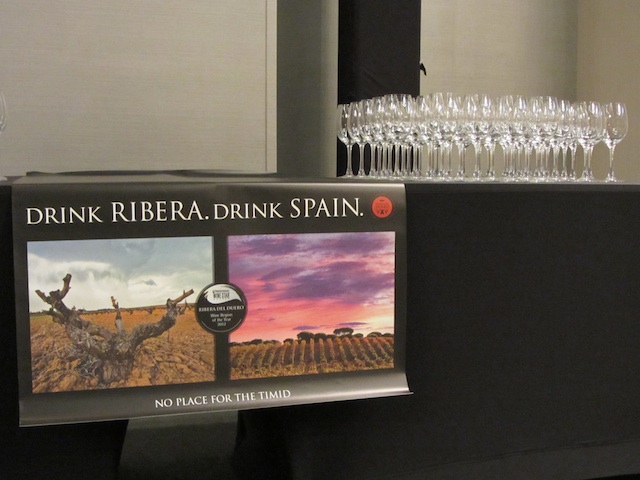 Drink Ribera. Drink Spain. is touring the United States with The James Beard Awards in New York as their next stop. Because these wines are not as well known in the United States, they are an incredible bargain for the quality. If you are a fan of Rioja, if you’re looking to branch out from Cabernet Sauvignon, or you just love great wine, we recommend you try one off the shelf this week. 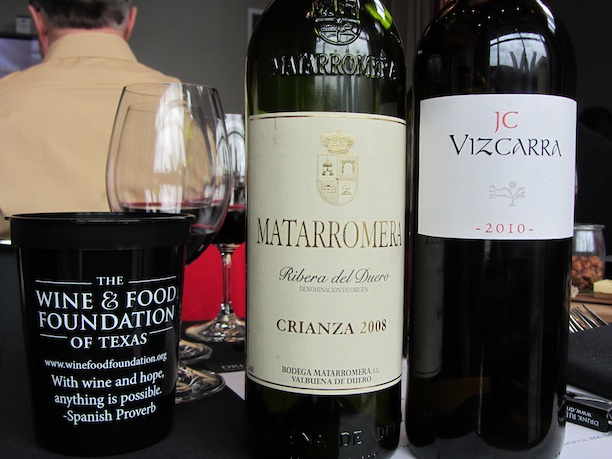