Straight From the Source 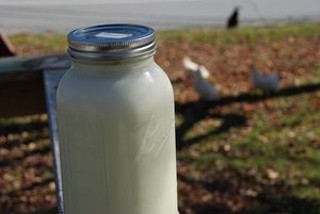 Raw milk enthusiasts certainly aren’t shy when it comes to expounding the benefits of farm-fresh milk. From providing protection against asthma and allergies to espousing a higher density of vitamins A, B, C, and D, raw milk supporters are serious about their favorite beverage.

It comes with no surprise that raw milk advocates are none too pleased with the Texas Medical Association. In testimony given to the Texas House Public Health Committee, the Texas Medical Association blasted raw milk. In addition to calling for an outright opposition of House Bill 46, Dr. Edward Sherwood testified: “Physicians understand that many individuals believe consuming raw milk will help improve their health. However, no scientifically rigorous studies exist that show health benefits from drinking raw milk over pasteurized milk. But we are well aware of the most recent national study conducted by the Centers for Disease Control and Prevention that showed that 60% of the dairy-related disease outbreaks were related to unpasteurized products.”

The Weston A. Price Foundation (WAPF) strongly disputes these claims. According to the worldwide nutrition education nonprofit, the CDC data mischaracterized the risk involved in consuming raw milk and did not actually show a correlation between increased illness and consumption of raw milk. “CDC used the number of ‘outbreaks’ to make raw milk look bad. CDC defines an outbreak as two or more illnesses, and outbreaks involving raw milk or raw milk products involve far fewer individuals than outbreaks involving pasteurized milk. What really counts is the number of illnesses,” says Sally Fallon Morell, president of WAFP.

According WAFP, there are on average 41 illnesses attributed to raw milk each year, of which about 23 are confirmed, compared to an estimated 876,209 foodborne illnesses per year in the U.S. “Clearly government agencies are applying a double standard to raw milk, singling it out as ‘inherently dangerous’ when other foods obviously pose a greater threat to health,” adds Morell.

Ultimately, HB 46 is about access and personal choice. The bill sponsored by Rep. Dan Flynn (R-Canton) would allow licensed dairy farmers to sell raw milk at farmers’ markets, make home deliveries, and allow for other delivery arrangements with their customers. Currently, customers can only get their fix from the farm. HB 46 would increase accessibility as getting to a dairy isn’t always convenient. As the number of family-owned dairy farms has diminished, raw milk has made it possible for farmers to remain financially and environmentally sustainable. Limiting access is just udder nonsense. 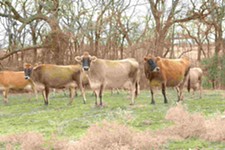