Food activists up in arms over biotech rider in HR 933

Last week, with a vote of 318 to 109, the House accepted the Senate’s amendments to HR 933. The Senate’s continuing resolution bill, formally known as the Consolidated and Further Continuing Appropriations Act, 2013, provides short-term funding to the federal government to the end of the fiscal year. 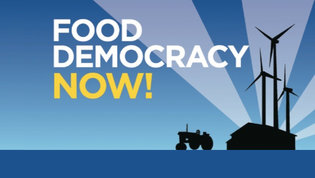 Intended to prevent the federal government from shutting down on March 27 when the current funding expires, HR 933 may seem an unlikely target for food activists. However, the trouble is in section 735. Smuggled into HR 933, the provision now being called the “Monsanto Protection Act,” essentially deregulates genetically modified organisms (GMOs) by allowing the U.S. Department of Agriculture to override judicial rulings and grant temporary permits for conventional farmers to plant and grow genetically modified crops while pending review. Previously, a court could suspend the planting and selling of genetically engineered crops if presented with a potential health or environmental risk or if not properly approved by the USDA. However, as legal battles persist, the “biotech rider” protects the ability of large biotech companies including Monsanto, Dow Chemical, and DuPont, to continue business as usual with the USDA’s blessing.

From increased pesticide usage and diminished crop yields over time to the veritable lack of safety testing, the only consolation for now is that HR 933 expires in six months. Undeniably, protecting biotech companies at the unknown expense of consumers and farmers is unconscionable; however, a veto is as likely as Monsanto feeding the world’s hungry.