Sports and history are his beat, cheesecakes are his passion

Michael Hurd’s love affair with cheesecakes began with a challenge from an Air Force co-worker in 1968. “Everyone was talking about how hard it was to make a cheesecake,” Hurd recalls. “I thought I could do it, and I did.” 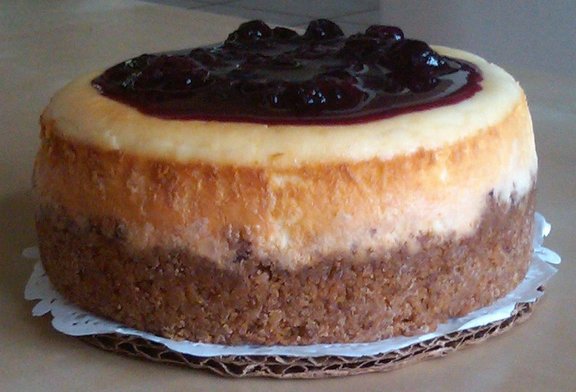 Hurd took a cheesecake to work, and everyone loved it. “I remember the smiles that always came from the folks who tasted my desserts and the gratifying and repeated reviews of, ‘best cheesecake I've ever eaten!’”, Hurd says.

From that time on, he searched the Sunday magazine section of newspapers, cookbooks, and later on-line to find cheesecake recipes. Using the recipes as a starting point, Hurd began combining flavors, textures, ingredients, and liqueurs to create his specialty cheesecakes in a way that can only be described as genius.

After completing his tour of duty as an Air Force medic in 1976, Hurd decided to return to Texas where his family still lived. He studied journalism at the University of Texas at Austin and, in the the spring of his junior year, he accepted a job as a sportswriter with The Houston Post. He wrote for the Post during the day and relaxed by baking cheesecakes for family and friends on the weekends. 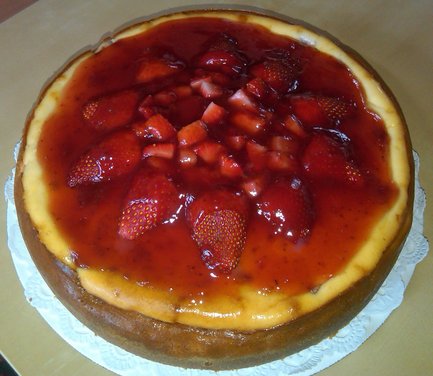 As a sportswriter, one of Michael Hurd’s primary beats was covering small college sports, including those involving the Southwestern Athletic Conference (SWAC), a league comprised of historically black college programs. He was compelled by that experience to write his first book in 1993. Black College Football, 1892-1992, is the only book that comprehensively documents the legacies of football programs at historically black colleges. Because of his extensive research and knowledge about black college football, he is recognized as an expert on the subject. Hurd’s book was the primary source for identifying possible Hall of Fame candidates from black colleges. He currently serves on the selection committee for the Black College Football Hall of Fame.

After working as a sportswriter at USA Today primarily from the paper's West Coast office in Los Angeles from 1982-1993, Hurd was hired by the Austin American-Statesman as an assistant city editor in 1993. He covered an extremely wide variety of major sports events from the NFL and NBA to the Olympics, but his passion for baking cheesecakes continued to rise above his love of for sports writing.

In 1997, Hurd completed his bachelor's degree at UT-Austin and briefly attempted to start his cheesecake business here in Austin. He moved to San Francisco in 2000, pursuing freelance writing work, but also gaining experience in commercial and corporate kitchens. One year, he accepted an invitation to attend a Super Bowl party at a friend’s house and brought along a cheesecake. The owner of a new upscale restaurant was also at the party. She took one bite of Hurd’s decadent pecan praline cheesecake and hired him on the spot as her new pastry chef. 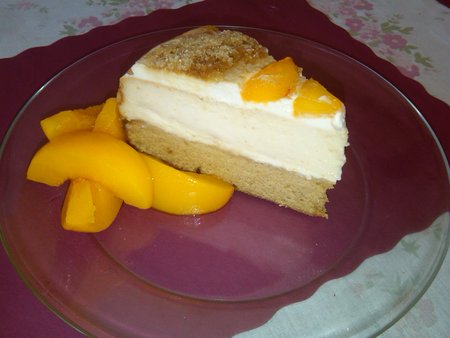 "I've always considered myself lucky to have grown up a big sports fan and then to have had a career as a sportswriter for USA Today,” Hurd says. “Yet, as passionate as I am about sports and writing, I could never escape the lure of the kitchen – from many days watching and helping my mother cook and bake. So, for the last three decades I've slowly elevated baking above bylines and found that my true passion is in the kitchen, where I've perfected the art of putting together cheesecakes.”

His two career tracks continued to run side be side with when Hurd's second book, "Collie J." Grambling’s Man With the Golden Pen (Saint Johann Press), was released in February 2007. It is the biography of Collie James Nicholson, the visionary publicist whose press releases and feature stories on Grambling football reached national audiences at a time when black college sports seldom received any coverage, even from local newspapers

After his sojourn in San Francisco, Hurd came back to Austin and decided to pursue this cheesecake business full time. CinnaMan Dessert Catering was launched as a full-fledged business in 2010. Hurd and his partner, Viviane Tondeur, now rent space in a commercial kitchen.

He still prefers to bake late at night, testing, tasting, and creating cheesecakes that are a balance between delicate creaminess and a rich, flavorful complexity. Hurd takes special pride in creating cheesecakes for restaurants and ingeniously incorporating the theme of the eatery or some component of the restaurant's signature cocktail into the ingredients of the cheesecake. Since that particular cheesecake can only be found at that restaurant, it provides the business with a unique dessert item and drawing card. 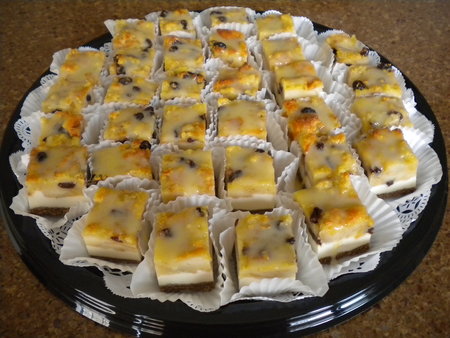 Every third Saturday, from 1-4pm, Hurd is a featured artisan vendor at Williams Sonoma in Barton Creek Mall. He offers free samples of cheesecake mini-bites, and passes out order information and price sheets to the customers. 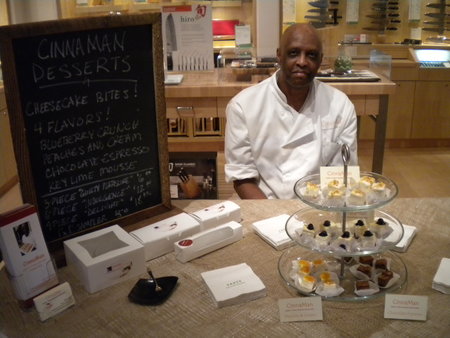 Store employees rave about Hurd’s cheesecakes and shoppers swarm like bees around his table. They buzz enthusiastically about their favorite cheesecake samples to family and friends and urged them to try a piece. Over and over again, customers had the same reaction after eating Hurd’s samples—an ecstatic look on their faces, coupled with a blissful smile and deep sighs of appreciation. Then, there's a search for their wallets to buy an assortment of mini-bites, which are only sold there every third Saturday, or to place an order. When only a few smears of velvety cheesecake and a sprinkle of graham crackers crumb are left, Hurd goes home for the day. 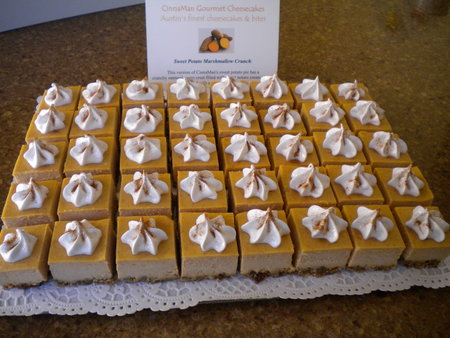 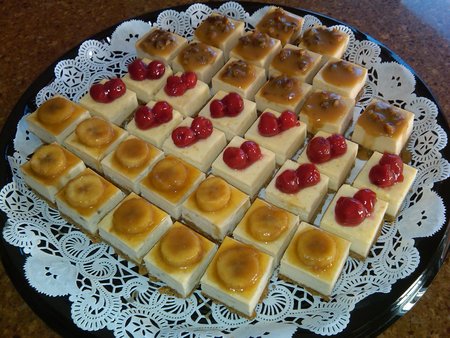 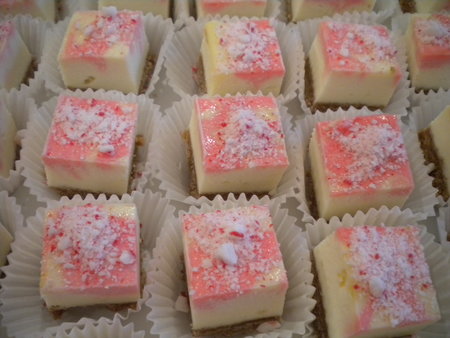 Old habits die hard, however, so even though CinnaMan Cheesecakes is now Hurd’s primary business, he still continues to research and write about African-American history. He’s currently working on a biography about Delvin Williams, former running back of the San Francisco 49er’s and he's also a co-editor-in-chief, along with his former Austin American Statesman colleague, Roxanne Evans, for the Texas Black History Preservation Project. They solicit articles from instructors, professors, and college students to assist them with documenting the almost 500-year history of African Americans in Texas in an online encyclopedia.

Late at night, Hurd saves what he’s written, shuts down his computer, and goes into the kitchen. While almost everyone else in Austin is asleep, Michael Hurd is hard at work, pursuing his real passion. And just like any good sports writer, he's provided the following box with his most important "stats."

48 hours notice needed, one week for large orders Payment is due when order is placed—cash, checks and Visa/MasterCard accepted 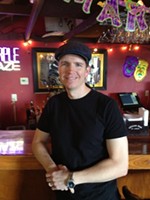 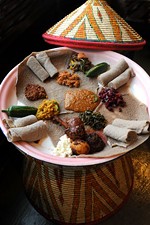