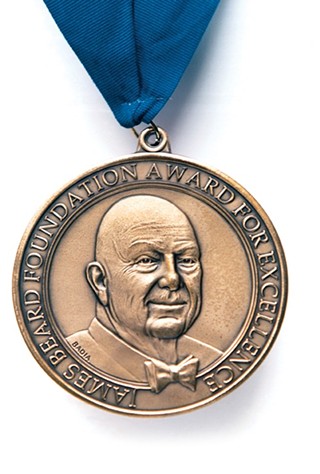 One of three nominees in the Single Subject book category is Afield: A Chef's Guide to Preparing and Cooking Wild Game and Fish written by Jesse Griffiths of Dai Due. The book includes Griffith's personal accounts of hunting trips in Texas, the ethics of wild game, and why eating seasonally and locally makes a difference. The step-by-step instructions and riveting stories are enhanced with stunning photography by Jody Horton. This book is a treasure. After reviewing Afield last September, I was lucky enough to participate in the Dai Due Women's Hunting School hosted by Griffiths and co.

Also nominated is Bryce Gilmore of Barley Swine for the Beard Award for Best Chef: Southwest. Gilmore began this venture with Odd Duck Farm to Trailer and its success became the catalyst for Barley Swine, whose communal seats are now coveted. The small but wonderful restaurant focuses on local and seasonal fare and as Kate Thornberry said in her Barley Swine review, “Gilmore's flavor combinations are universally thoughtful and sometimes so perfect as to be emotionally moving.”

The JBF awards are May 3 and May 6 in New York City. Good luck guys!