For some, South by Southwest is almost a religious experience. And for others, it actually will be. Thirty members of ROI Community, a group of international advocates with a passion for strengthening Jewish communities, are coming to Austin for the festival.

The group is presenting during a few panels at South by Southwest in addition to hosting events including a Herbstrong @ Livestrong Happy Hour on March 11 at the Livestrong Foundation (2201 E. Sixth) from 5-8pm. The event features DJ sets by Lance Herbstrong and Danny Harris with a challah demonstration with Eli Winkelman of Challah for Hunger.

Later in the week, ROI Community is presenting Warehouse ATX; An Alternative Shabbat Experience produced by ROI member and musician Josh Nelson in partnership with the Union for Reform Judaism (URJ) on Friday, March 15. The event will be held at Takoba (1411 E. Seventh) in their El Milamores patio behind the restautant. Snacks and networking for the event, aimed at reengaging young Jews through unique Shabbat activities, start at 6pm, followed by services at 7pm and a music showcase featuring Simja Dujov, Neshama Carlebach, Noa Margalit, and Ami Yares from 8-11pm.

For more information on the panels and to RSVP for any of the events, go here. 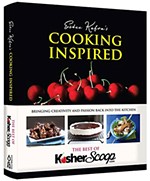 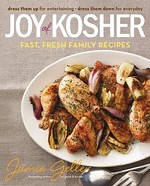