Charles Youel, founder of ArtCrank, started the traveling international poster show while working for an advertising firm in Minneapolis. After several discussions with other ad agent friends about how bored they were at their jobs, he began brainstorming about doing something different. ArtCrank was born as a combination of their passions: graphic design and bikes. Now Charles travels all over the world orchestrating shows, connecting with local artists, and supporting local charities. Safe to say, Charles isn’t bored anymore. 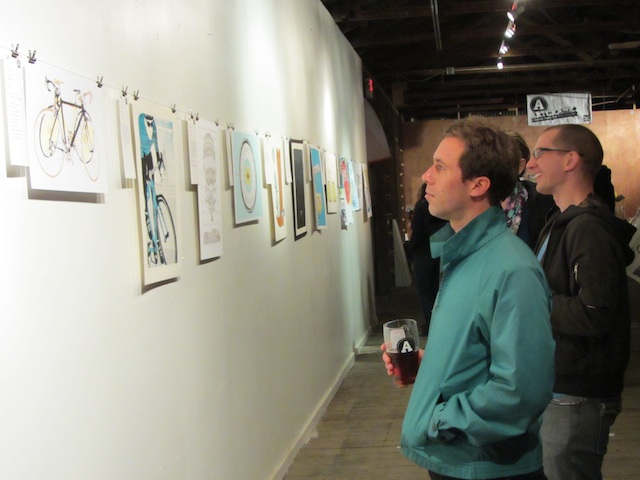 ArtCrank is designed to reflect the experiences of cyclists in a community and to give local artists the chance to connect with new audiences. The posters are priced affordably, so everyone at the event can walk away with something unique. This year, there were 30 artists selling poster prints for $40 a piece. And the effects reverberate throughout the local scene. As Lindsay Greene of Rural Rooster, a local screen company that has worked with several ArtCrank artists, said, “It’s cool to see the marriage of bikes and art. I look forward to the event every year and we really love being involved.”

The charity portion of the event is in conjunction with Widmer Brothers Brewing out of Portland, Oregon, a company dedicated to outdoor life and supporting local communities. ArtCrank and Widmer Brothers connected when the brewery was searching for a chance to interact with cyclists outside of Austin. Now they are at every ArtCrank event, supporting the charitable donations. Attendees buy a glass for $5 and Widmer Brothers Brewing fills it with free beer. That $5 goes to a local Cause Partner who uses bikes to better the community and the lives of others. In Austin, it all money from cup sales is donated to LIVESTRONG. 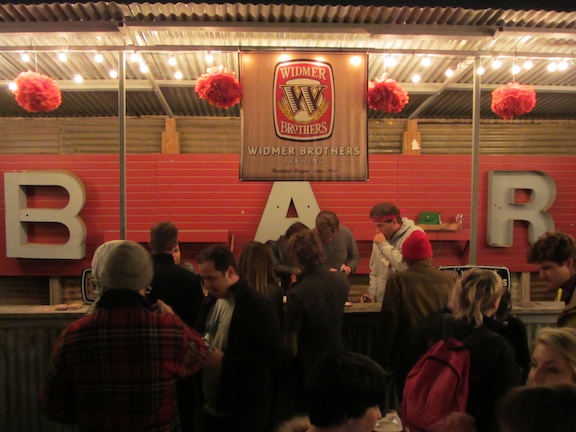 The ArtCrank tour returned to Minneapolis for a couple of shows, then is moving on to St. Louis, Chicago, Seattle, Boston, Denver and New York with another international show in Paris and will return to Austin again next year.