Antelope roasting on an open fire, Tannat swirling at your nose

The Wine and Food Foundation of Texas threw their big Cowboys and Gauchos party yesterday at the Salt Lick Barbecue Pavilion in Driftwood. A celebration of two similar cultures from two very different places, the event brings together Texas and South American BBQ and wine for an afternoon of eating, sipping, and revelry. 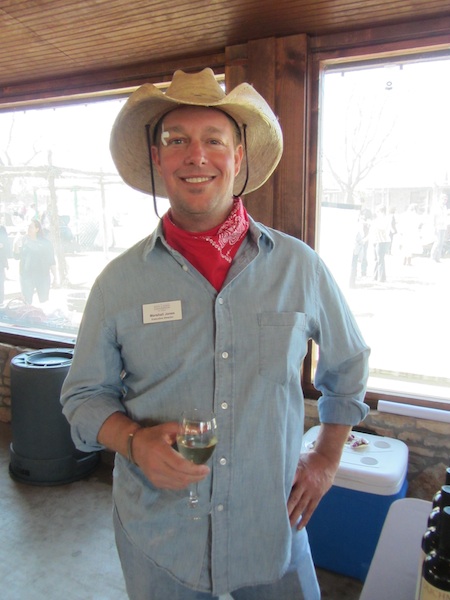 Marshall Jones, Executive Director of The Wine and Food Foundation of Texas (Photo by Margaret Shugart) 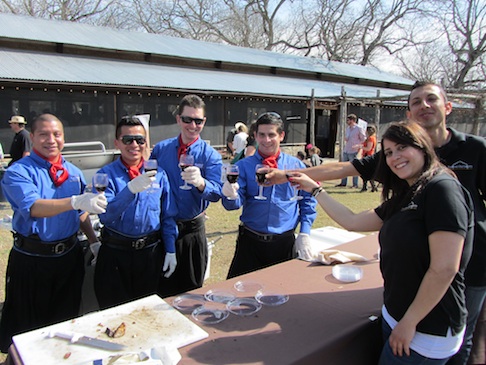 Crew from Estancia Churrascaria, Brazilian Steakhouse in the Domain. Cheers with Tannat from Uruguay! (Photo by Margaret Shugart) 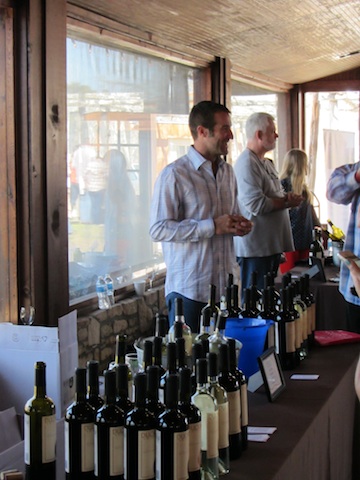 Wineries from across Texas, including Duchman Family Winery, Becker Vineyards, McPherson Cellars, Alamosa Wine Cellars, William Chris Vineyards and Winery, Spicewood Vineyards, Pedernales Cellars and yet-to-be-opened Hye Meadow Winery provided ample samples of their wines. Importers and distributors of wines from Uruguay, Chile, and Argentina were also on hand to provide tastes and talk about the regions. Top grape varieties represented from both regions were Cabernet Sauvignon, Sauvignon Blanc, and, my favorite, Tannat. Attendees were able to compare across varietals and pair wines with the various grilled meats. Entertainment filled the room with bands playing Texas swing and traditional Argentinian tango. 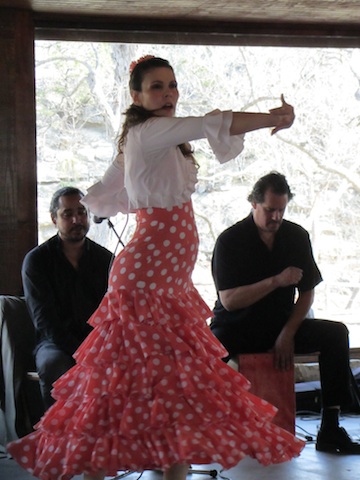 The Wine and Food Foundation of Texas is hosting their next event, The Rare and Fine Wine Auction, on Saturday, Mar. 23, at The Four Seasons Hotel in downtown Austin. 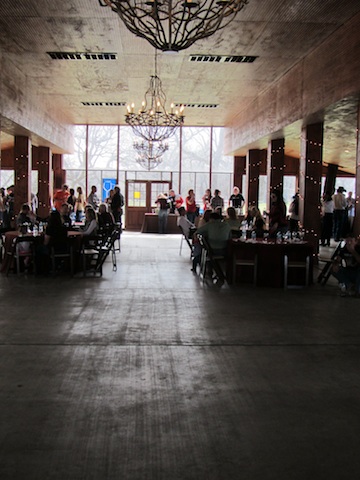 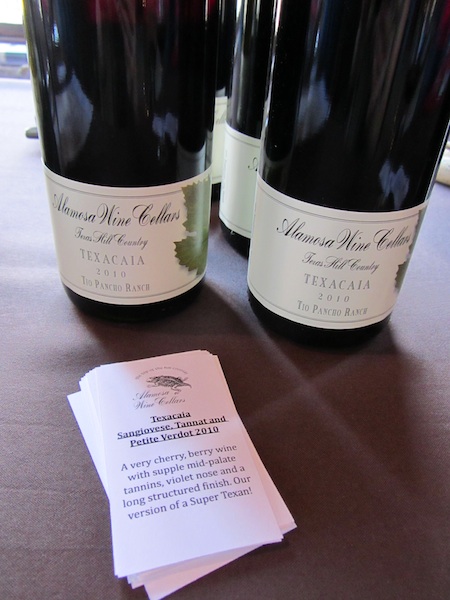 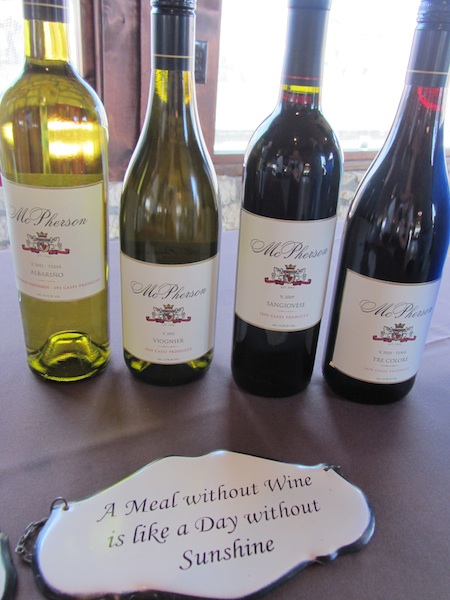 The line-up of new vintages by McPherson Cellars, tasting rooms in Lubbock and 4.0 Cellars in Fredericksburg (Photo by Margaret Shugart) 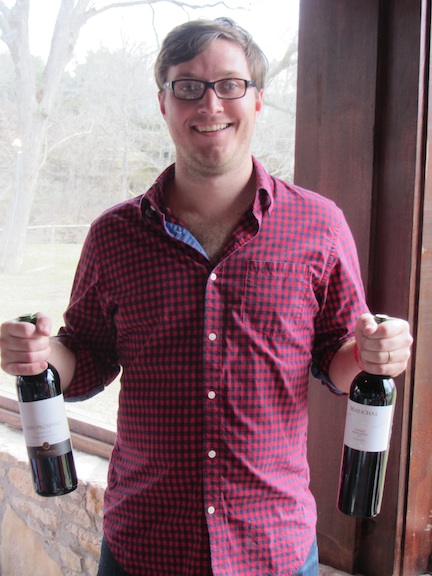 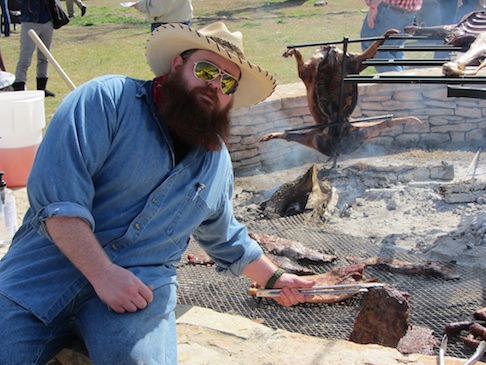 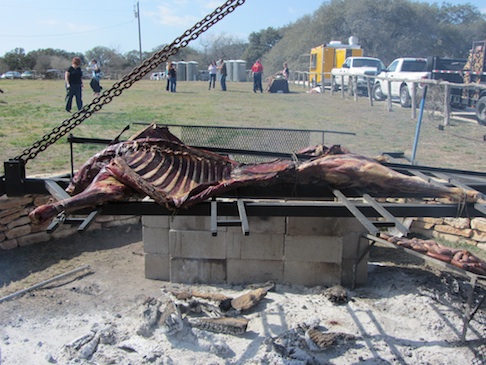 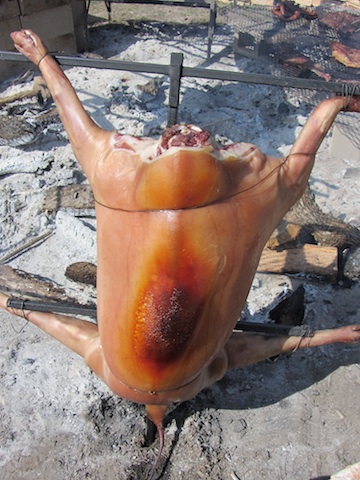 Roasting with the Iron Cross method (Photo by Margaret Shugart) 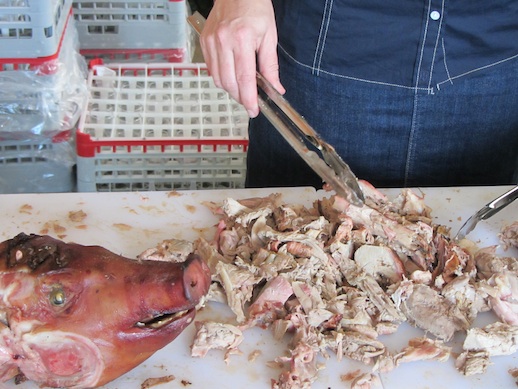 Wild boar in many forms (Photo by Margaret Shugart) 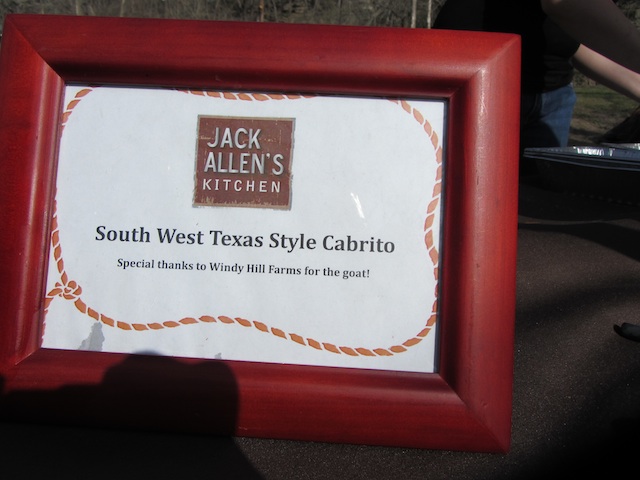 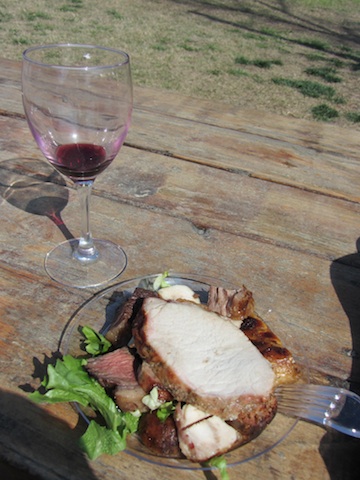 One plate, six species, and Texas Tempranillo on the side. (Photo by Margaret Shugart)