On the Beignet Trail

It can take you to the most surprising places 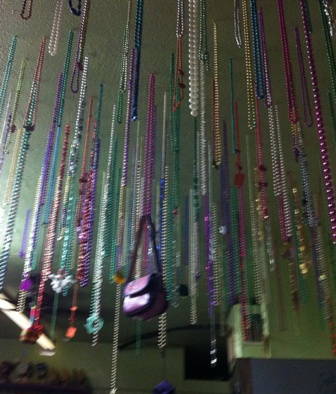 But if you think beignets are exclusive to Creole cuisine, think again. Food historians argue over whether beignets came to America through French or Spanish traditions. While many claim that the first beignets evolved from French pâte au choux dough, others suggest they originated from Spanish buñelos. In fact, sweetened fried dough has a history that stretches back all the way to Roman times, which would explain why these treats are found not just in French and Spanish culinary traditions but throughout Arab and Eastern European cooking as well. In Romania, for instance, a common street treat is a gogosh-- sugar-sprinkled fried dough filled with cream or chocolate. My 12-year old still remembers the time he ate hot gogoshi on a street corner in Sibui when he was three. Ask him anything else about his trip to Romania though, and his memory is blank. In Russia and Ukraine people eat ponchiki, which are essentially the same thing as gogoshi, only without the fillings. 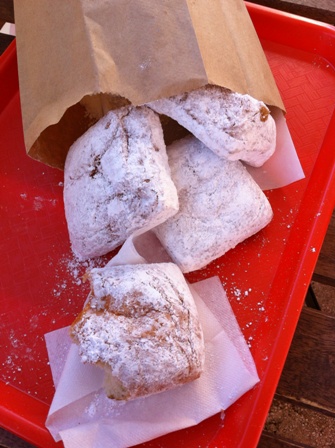 Therefore it should come as no surprise that one of the best places for beignets in Austin is the Sugar Addict Bakery trailer (4001 Medical Parkway), run by a Bulgarian couple. Although he calls his snowball confections beignets here, at home they are ponichki. Like the Romanians, the Bulgarians also like to fill their fried dough treats with custard, chocolate, or jams. The Sugar Addict trailer serves them unfilled, but you can also order them topped with fruit and chocolate.

For more traditional New Orleans style beignets, the new Epicerie (2307 Hancock), makes crisp hot beignets and serves them with excellent drip coffee. The setting is tony, but the waits are long. 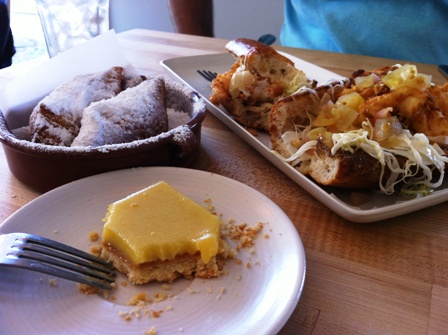 Beignets, a lemon bar and a fried shrimp sandwich at Epicerie

In the so-down-home-you-feel-like-you’re-in-Grandma’s-living-room category, The Nubian Queen Lola's Cajun Soul Food (1815 Rosewood) offers beignets and coffee among other mouthwatering Creole bites. I made a special trip to try these on Saturday, but they were out of them. If I had to judge by the luscious chicken and sausage gumbo, I would guess the Nubian Queen’s are winners.

Beignets can also be had at Second Bar + Kitchen, late night at Lucy’s Retired Surfer’s Bar, for brunch at the Paggi House, and Bess Bistro. 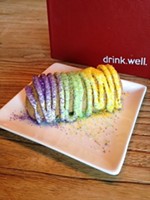 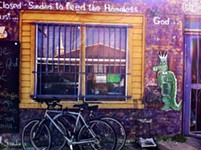