Local Bakery Touted as One of Nation's Best

David Norman's remarkable breads attracted the attention of Details.com in a recent story about America's Gourmet Bread Renaissance. Easy Tiger was named one of the best new bakeries in the country.

Writer Adam Erace recognized Easy Tiger along with Landbrot Bakery in New York City, Sun Street Breads in Minneapolis, Little Goat Bread in Chicago, Bread Lounge in Los Angeles, and Bien Cuit in Brooklyn, the other bakery on the list with ties to Austin. We'll get to that in a minute. 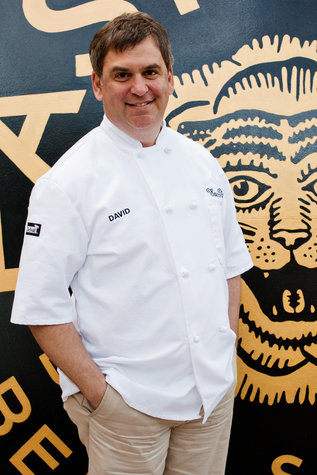 After stints at Bouley Bakery in NYC and Whole Foods Market here in Austin, David Norman's prodigious bread-making talent became an integral part of the success of the Easy Tiger Bakeshop & Beer Garden over the past year. I must admit I had reservations about the location in the early going, but now the multi-purpose business attracts regular crowds to what used to be the lonely end of East Sixth. At Easy Tiger, Norman commands one of the best-equipped bakery spaces in the city, ensconced behind glass walls so interested patrons can watch the magic happen. His street-level work space looks out the back of a restored late 19th century building with a view of the beer garden below, above Waller Creek. Bakers dream about spaces like this. 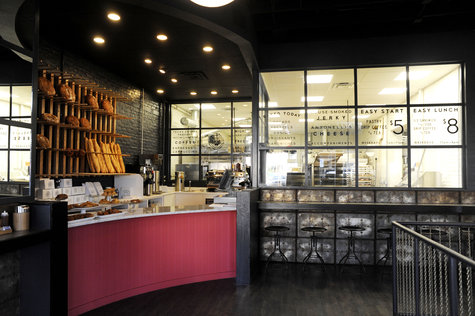 Norman's croissants and Danish pastries paired with coffee start the day off right at the street level bakery counter. As the day progresses, his levains, German rye, and pretzel buns complement the housemade charcuterie, local cheeses, and craft beers being served downstairs in the busy restaurant and beer garden. And it's not unusual to see folks grabbing a baguette to take home for breakfast when the crowd pours out into the street after last call. Any recognition received by David Norman and Easy Tiger is obviously well-deserved. 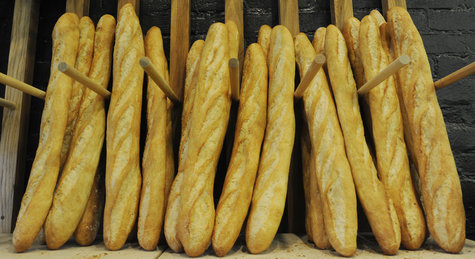 Baker Zach Golpher traveled the world studying and learning his chosen trade, finally settling in Brooklyn with his wife, Kate Wheatcroft, to open Bien Cuit (translation: well-cooked)in 2011. During travels that took him from Oregon to Las Vegas and Latin American to Philadelphia, Golpher also spent some time in Austin, executing breads and desserts at Asti Trattoria soon after it opened. " I was riding my bike late one night and happened to see some guys working at Tap Root breads on W. 12th. Sam Dickey said he didn't have an opening for me but he made me an appointment to see Lisa Fox, who was looking for help at Asti," Golpher recalls. During our phone conversation, I asked Zach how his businesses fared during Hurricane Sandy and he said the only real challenges they faced were gasoline shortages. "We do a pretty busy wholesale bread business and were concerned about making deliveries when you couldn't find gas anywhere, but friends and family came through for us and all the deliveries got made," he reports. With products this attractive, who wouldn't want to help out? How Do They Make Those Tasty Brews, Anyway?
The Up & Down Tour schools you on fresh Belgians and more