Going to the Texas Craft Brewers Festival this past weekend, I would have never guessed that there was once a time when a local brewer had to convince local pubs to stock cloudy wheat beer.

That is exactly what Pierre Celis, who founded Celis Brewery here in 1992, had to do as the first microbrewery in town to set up in over 80 years. (Spoetzl was founded in 1909.) 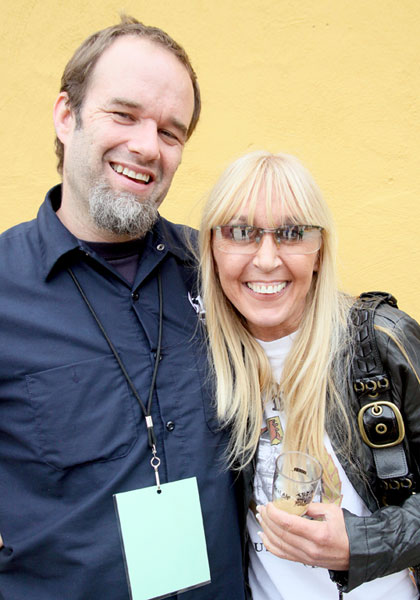 Christine Celis with Kevin Brand, founder of (512) Brewing Co. after their panel discussion (Photo by Shelley Hiam)
Pierre's daughter, Christine Celis, plans to carry on his legacy and reopen the family brewery next year , but her father probably wouldn't recognize today's beerscape. Imagine: his daughter spoke on a panel titled "Texas Craft Beer Explosion" with four other Texas brewers, some young enough to be Pierre's grandsons, at this festival featuring 29 Texas microbreweries. TEN of these breweries were founded just in the last year. For those keeping count, they are:


Most importantly, no one had to be convinced to try some cloudy beer. Certainly not me. This picture pretty much sums up my tasting notes after stopping at every single booth: 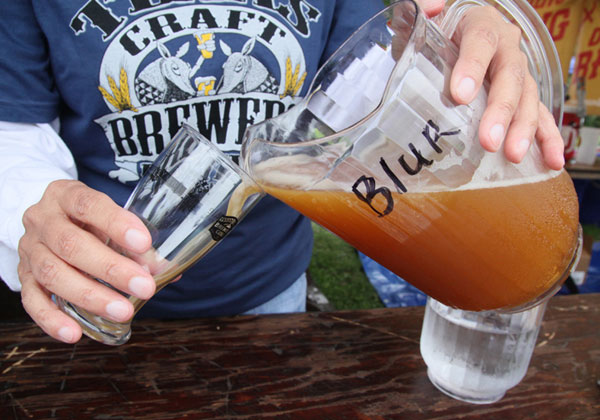 "Blur" about sums up my tasting notes. Hey, did YOU make it through all 29 breweries? (Photo by Shelley Hiam)


See, I was celebrating Oktoberfest. Here's a video for those who read yesterday's print story and want to know how the holiday went for my household:


If you also went to this year's Texas Craft Brewers Festival, please share below in the comments section about the best beer you remember tasting!