October 7 was the anniversary of inventor's death.

Birdseye was an amateur naturalist and taxidermist who worked many odd jobs after having to drop out of college. While working in Labrador as a fur trader, he noticed fish frozen by the Inuit (aka "Eskimos") during the intensely bitter cold Canadian winters tasted better and had much better texture when thawed than foods frozen during milder temperatures. 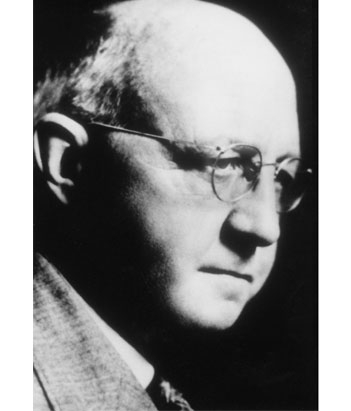 In fact, it was far superior to any frozen fish Birdseye had ever eaten before. It all had to do with the fact that quicker freezing created smaller ice crystals, which did less cell damage to foods.

While working for the Fisheries Association in 1922, Birdseye conducted fish-freezing experiments at the Clothel Refrigerating Company to test his theories, and then established his own company, Birdseye Seafoods Inc., freezing fish fillets with chilled air at -45°F. Two years later his company went bankrupt; turns out folks weren’t that interested in frozen fish, even great frozen fish. 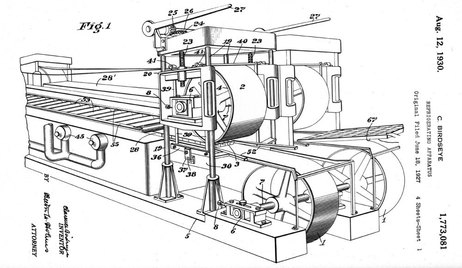 That same year, he developed an entirely new process for flash freezing, involving filleting the fish and packing it in waterproof boxes printed with waterproof ink, then freezing the contents under compression between two refrigerated plates. Birdseye created a new company, General Seafood Corporation, to promote the method, which he dubbed his “Quick Freeze Machine”. With a little bit of tweaking, it could freeze almost any fresh harvested food. In 1929, he sold his company and patents to Goldman Sachs and the Postum Company for $22 million. (The Postum Company eventually became General Foods; they, in turn, founded Birds Eye Frozen Food Co. and General Foods is now owned by Kraft.) In today’s money, the purchase sum would be worth about $300 million, but Clarence continued to work, heading up the new division.

In 1930, the company began retail trials in 10 food stores around Springfield, Massachusetts to gauge the public’s acceptance of these new flash-frozen foods. Birds Eye’s initial product line featured 27 items, including 18 cuts of meat, spinach and peas, fruits and berries, blue point oysters, and fish fillets. He provided freezers to the stores, along with a three-day training course, and offered the goods to the markets on consignment. Customers loved the convenience of the new product line and the fact they could buy fresh products out-of-season.

The downside, of course, was that unless the customer had a freezer at home (which few people did back then)or it was the dead of winter, consumers couldn’t store the products long-term. In 1934, Birdseye entered into a joint venture to manufacture freezer cases for grocery stores, since he realized that they were essential to the success of his frozen food product line. National distribution of frozen foods didn’t begin until 1944, when Birdseye began leasing freezer railroad cars to the railroad lines to transport his frozen foods.

Birdseye’s innovations started a multi-billion dollar frozen food industry that continues to expand today. His innovations led to school lunch programs, convenience in the home kitchen, the TV dinner, quick pot pies, and fast food chains. It’s the very antithesis to the Slow Food movement, but an important leap in American food history. Critics can argue if it was a leap forward or backwards, but no one can dispute the fact the Birdseye was a creative food innovator. He died of a heart attack at Manhattan’s Gramercy Park Hotel in 1956.

Incidentally, the family name Birdseye reportedly came from an ancestor who saved the life of an English Queen by shooting an attacking hawk squarely through its eye. For what it's worth, I don’t think a human could be killed by a hawk, even a large and really pissed-off hawk, but why screw around with great family stories (not to mention the fact that variations of the Birdseye family name date back to the year 1086.) 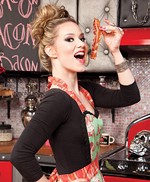 The Notorious N.A.D.
Bitchin’ Kitchen’s Nadia G. on blazing her own path