This weekend's festival is the third installment of a truly brilliant four-step plan:

1) muster as many of our state's best BBQ joints as possible;

2) have them serve up their specialties, side-by-side;

4) let The People decide who made the best goods.

Texas Monthly's original concept was to invite only those BBQ purveyors that had earned a coveted spot on the magazine's semi-quadrennial Top 50 list. Of course, someone in charge eventually realized that the most recent rankings pre-date what has arguably become the state's most famous BBQ destination, Franklin BBQ. So, last year, TM debuted "The Newcomer Tent" for the best joint to open since the previous list/festival. They gave that new space to Aaron Franklin, and he promptly won the 2011 People's Choice Award for Best Brisket. Every kid who ever had to move to a new school anytime after 9th grade cried triumphant tears of solidarity.

There are four more joints in Austin this weekend that do not currently enjoy full Top 50 status:

Note that there can only be one "newcomer", so those hoping to witness a John Mueller -vs- Aaron Franklin smoky duel (and maybe an "Over The Top" style arm-wrestling match on the side) will have to wait another yearã

WHO TO KEEP AN EYE ON:

With all the buzz that Pecan Lodge has generated in the Dallas BBQ world, they offer perhaps the festival's most intrigue. Can they live-up to the impossible standard set by the Newcomer Tent's previous occupant? Has our modern foodie-hype-machine put the spotlight on yet another brilliant previously-unknown pitmaster, capable of besting generations-old establishments? Is Wagyu brisket even a thing?

Of course, expect continued excellence from the People's Choice award winners of the first two festivals - all of them are back and hoping for more trophies:

HOW TO JUDGE THE FIELD:

Here's the best part of the festival for normal people like us: we get free plates from all 21 pitmasters, fresh off the smoker.

Here's the most dangerous part of the festival for normal people like us: we get free plates from all 21 pitmasters, fresh off the smoker.

I have two pieces of advice (those who have reveled in the joy that is the Lockhart BBQ Triple Threat will understand it well):

1) Pace yourself. The average waiting time in line is somewhere around 3 minutes. So, think about it: If you eat much more than four bites from each of the 21 pitmasters, your meaty binge will quickly risk your affinity for Texas BBQ the way your college days risked your affinity for Crown Royal.

2) Take notes. Fortunately, Texas Monthly provides note cards to all attendees, so you'll be able to keep track of what you like before you vote.

Now, everybody has their own opinions about what great BBQ tastes like, and nobody has the market cornered yet on BBQ judging advice. I've judged competitions where the ultimate winners turned in meat that I found downright offensive, so I can attest that even the "pros" don't agree on what is best. Besides, this festival is for the People, not the Critics.

Still, there are a few things you can pay attention to when trying to filter the noise from the fine-fiddled music. You can put your own value in the answers to the questions that follow, but at the very least, maybe these will start a great conversation with your table-mates about something other than Honey Boo Boo. If only for a minute.

BRISKET: Pull on it. No, this isn't your Uncle's finger, so it's OK. Does the beef cleave willingly from itself or is it as tough as a rubber eraser? Is it too dry or too moist? Is it over-or-under seasoned? Is it smoky?

PORK RIBS: Take a bite. Just one, and right in the middle on the meatiest side. Did it come away easily? Does the remaining rib meat stay on the bone with a chomper-shaped "u" missing from it? (The experts say this is a perfectly cooked rib, for what that's worth.) Or did the meat fall off the bone before it got to your mouth? Is it wet-seasoned or dry-seasoned? Is it smoky?

BEEF RIBS: Does it taste like beef? When you chew it, does it melt in your mouth or do you need a sip from your Lone Star to wash it down? Is there a bark on the edges while the middle remains less than well-done? Is it smoky?

SAUSAGE: You won't likely get a full link, so you can't easily judge a sausage casing's snap here, but you can pay attention to the rest of it. Is the meat coarsely ground or finely processed? Is there enough fat or too much fat? It it beefy, porky, or neither? Is there something other than meat inside that makes it special? Is it smoky?

And finally, regardless of meat, I'm happiest to share what I think is the most important question of all: does it make you want more?

BBQ eating should never feel like an obligation, and if you get a plate that makes you feel that way, for Heaven's sake, child, put.it.down.

So, go easy, Judge. You don't have to clean your plate every time, and you've got plenty of time to make your way around the veranda. Think about your votes, talk about your votes, and be proud of your votes. Most of all, have fun. This isn't the Tuesday after the first Monday in November. After all, on this day, at this polling station, everyone around you will agree: this is the best stuff on the planet.

Last year's real surprise was tucked away in the corner of the Festival, opposite the entrance. Once folks started walking around with mouth-watering pastry pouches filled with peach and blackberry greatness, though, it didn't take long for the whole crowd to find the booth occupied by The Original Fried Pie Shop. At one point, the line for the desserts put even Franklin to shame. While these little handheld pies hail from Oklahoma, not Texas (please, don't let Bud Royer know about this), they offer quite the palate cleanser and the perfect way to round out your "meal". Fresh from an early visit to the Long Center to see the set-up, I can confirm: the pies are back in town. 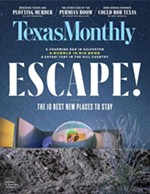 Defiant Republicans
Why the GOP isn't listening to you: They don't have to