It seems like anyone with a specialty, a modicum of culinary talent, and good story is opening a food trailer these days. Landowners with vacant real estate are jumping like lemmings into the food trailer scene because it costs them virtually nothing.

In fact, food trailer parks are a match made in heaven between lazy landowners and energetic culinary entrepreneurs. 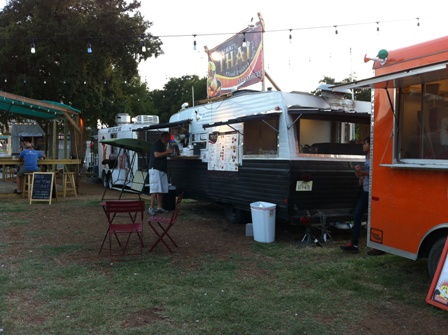 I recently attended a media tasting event at Austin’s newest trailer park eatery, the South Lamar Trailer Bazaar. There we sampled foods from five new food trailers ranging from burgers to Thai. As I sat melting in the 95 degree heat listening to each trailer owner’s quirky story, I couldn’t help wondering if food trailer dining is already becoming last year’s fad. Personally, I’d rather scarf beefy burgers and apple fritters in air conditioned comfort than sweat it out under the relentless noonday sun. 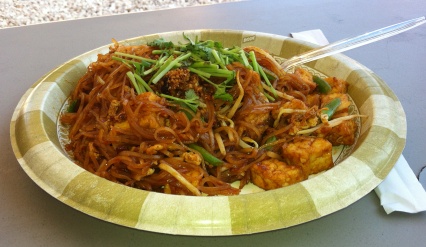 Nonetheless, if anyone can make a successful go of a new trailer park eatery, these people can. Davis Tucker who leases SLTB space has already earned his chops with NXNW and Red’s Porch and he knows a thing or two about the restaurant biz. He knows enough, for instance, to furnish the trailer park with canvas sun shades and a playscape. He knows about location: the SLTB is located across the street from the Broken Spoke and next to Red’s Porch. And he knows that live music always draws a crowd in Austin.

Toward this end, Tucker has enlisted a two-for-one singing hot dog slinger, Scott Angle, who also happens to head up his own honky-tonk band (Scott Angle and the Cold Cold Hearts). The Vienna beef dogs ain’t bad either. 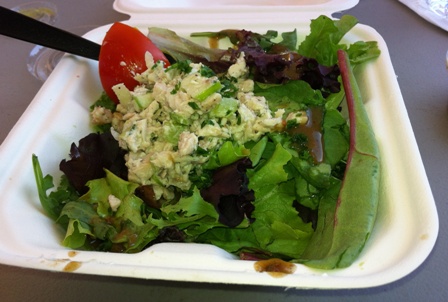 The four other trailers are different enough in theme to offer a tempting variety of foodstuffs. I sampled some tasty treats, but I gotta admit that my favorite dish of the night was the Croque Monsieur from Boxcar Bistro. Owner Ivo Gruner makes ‘em like they do in Paris. They are not too bready or too hammy like some sort of giant American meat sandwich. Boxcar’s are thin, (OK maybe just a touch too much ham) coated in a lightly browned béchamel, and very moist. I’ll be back for more when the weather cools. 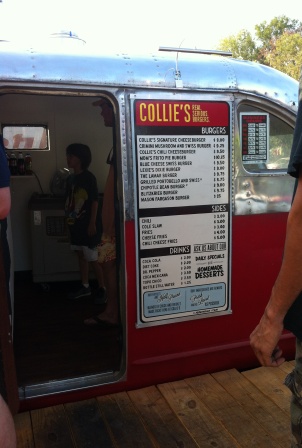