Diners, Tigers, and Pies, Oh My!

Mary Catherine Curren is the queen of pie at 24 Diner

From the droolworthy bakespace of Easy Tiger emerges Mary Catherine Curren, a CIA-trained pastry chef who has taken over the reins of the dessert menu at 24 Diner and, later this year, will be the face of a new concept on Burnet Road. 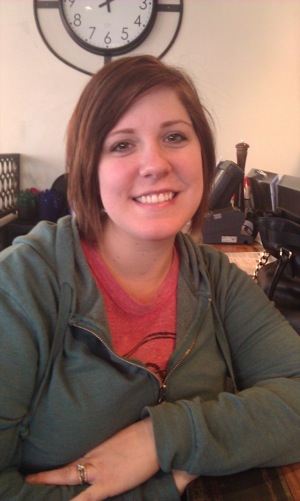 Curren, who is the wife of 24 Diner and Easy Tiger chef Andrew Curren, was born and raised in Austin and, directly from graduating from high school at St. Michael’s Academy, headed straight to New York to study at the Culinary Institute of America. “I knew from the time that I could decide that I wanted to do anything that I wanted to do pastry,” she says. This brownie is rich and perfect for sharing. (Photo by Melanie Haupt)

Culinary school is where Mary Catherine met Andrew, and that fortuitous meeting has evolved into an accidental restaurant dynasty of sorts. “We always knew we were going to work together, we always had a dream of opening a restaurant together, whatever that was,” explains Curren. “I don’t think we really knew how that was going to happen or when it was going to happen, we just knew it was eventually going to. And it’s amazing how these things happen, they all just fell into our lap, this whole restaurant group … it’s been amazing.”

With last month’s opening of Easy Tiger, Curren finally has access to the kind of space she needed in order to take over the dessert production at 24 Diner, a change to the menu that met with immediate success. “The first week we did it, we had five times as many dessert sales as we had before. It’s nice to have your own control. We can change things as we want them, if something isn’t responding well or you just feel like changing it, you can do whatever you want.” Don't even think of sharing this apple pie. (Photo by Melanie Haupt)

The dessert offerings at 24 Diner as of this writing are a chévre cheesecake topped with cranberry compote, a double-crust apple pie made with fresh Granny Smith apples, and rich brownies dotted with Texas pecans. For the sake of research, we ordered all three on our Tuesday-night visit. The apple pie was the hands-down winner, with a perfectly flaky crust approximating puff pastry; the apples near the top of the pie were pleasantly crisp, while the ones toward the bottom were caramelized and saucy. The seasoning was even-handed, not too sweet and with a pleasing balance between cinnamon and just enough nutmeg. The brownies were dense and fudgy with a crisp exterior and paired nicely with the generous scoop of vanilla ice cream we’d ordered for an extra dollar. I took a slice of the cheesecake home to my husband, who described it as “sour, but good.” (He’s new to this “describing food using evocative language” thing.)

Later this year, Mary Catherine Curren will take over Executive Pastry Chef and general management and oversight duties at Arro, a new French brasserie that she and her husband plan to open on Burnet Road. “There will be a heavy influence of pastry, but we’re serving full dinner,” explains Curren. “It’ll be open 4-midnight every night, with brunch on the weekend. There will be a lot of options, you can come in and just snack, we’ll have a lot of housemade charcuterie, housemade pickles, bread will be coming in daily from Easy Tiger. There will be a prix fixe menu, family style boards if you want to come in and share a whole roast chicken, or you can order a la carte. There will also be a list of composed desserts and what I’m calling bar pastries: Whole cakes and tarts on display that you can buy by the slice. So, it’s basically a come in, hang out, relax, comfortable approach to French food.”

From the simple yet creative interpretations of diner desserts to a truly Austin version of classic French country dining, it’s clear that the Currens’ collective vision for this city’s restaurant scene is both deep and broad. More importantly, you simply must try Mary Catherine’s apple pie before it goes out of season. 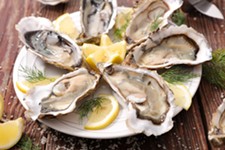 Tickets on Sale Now for Austin Oyster Fest, Austin Women in Culinary Dinner, and Austin Food & Wine Festival
These are three foodie events you should definitely not miss