October's foodie calendar keeps us all on our toes

October is always the busiest month in Austin's fall calendar, with special events, dinners, and benefits galore. The hellish heat has finally begun to moderate and that puts everybody in the mood to celebrate.

October is also Breast Cancer Awareness Month, and many local businesses are doing their part for the cause. Susan Parker, co-owner of the homegrown Opal Divine’s chain, is a breast cancer survivor and the driving force behind the company’s staunch support for the Breast Cancer Resource Centers of Texas. “Those guys did so much for me and now they’re my buddies. I took so much support from them and I feel like it’s important to give something back,” Parker explained. One way Parker gives back is through Opal’s seasonal Drink Pink campaign. From the first of July through the end of October, Opal’s patrons can pay a 50-cent up-charge to have cocktails and other drinks made with a tasty, brilliant pink prickly pear puree. All the extra money collected goes directly to the BCRC. They also accept donations to BCRC at the door at events such as last week’s Drink Pink Ball and the upcoming Skaraoke on Halloween. Guests can also pitch in by purchasing Drink Pink T-shirts at any of Opal’s three locations.

Sullivan’s (300 Colorado) is also on the Breast Cancer Awareness bandwagon. For the entire month of October, the popular Downtown steakhouse is offering a special three-course fixed price menu with choices of appetizers, entrées, and desserts for $39.95. Wine pairings are available to go with the meals and $1 from each glass of wine and $5 from each dinner benefits the National Breast Cancer Foundation.

Hot on the heels of being named to the Austin American-Statesman’s Out & About 500 for food, Austin food and nutrition journalist Toni Tipton-Martin was a guest of honor at USDA headquarters in Washington, D.C., last week to take part in the Hispanic Heritage Month Food Fiesta. Her invitation came as a result of her work to raise nutrition awareness in Austin’s Hispanic community during the past year. Tipton-Martin was one of 700 chefs who took part in the launch of First Lady Michelle Obama’s Let’s Move/Chefs Move to Schools obesity prevention initiative at the White House last year. In addition to chairing the local committee for the International Association of Culinary Professionals annual conference held in Austin this summer, Toni spent 2010 and 2011 raising the public profile and funds of her nonprofit Sande Youth Project which promotes the improvement of health through heritage. To learn more about Tipton-Martin’s local projects, go to www.tonitiptonmartin.com.

Austin restaurateur Hoover Alexander is working with the nonprofit culinary culture organization Foodways Texas to raise funds for the completion of an oral history project and short film about the career of legendary Austin restaurateur Harry Akin and his Nighthawk restaurant chain. Foodways Texas director Marvin Bendele has located a matching grant program and now Alexander needs to raise $3,700 to qualify for the matching funds. Alexander would like to encourage all former Nighthawk employees and loyal former customers to pitch in and help with donations. Contact him at hooversez@gmail.com.

Though the homegrown Austin product GoodPop All-Natural Frozen Pops are now being made in Houston, local fans can still enjoy the distinctive frozen treats when they become available at both Austin Central Market stores Oct. 17. Look for four-packs of seasonal water-based ($4.99) and dairy-based ($5.49) flavors in the freezer section… And speaking of wonderful homegrown frozen treats, congratulations to Austin’s own Amy’s Ice Creams for being named Favorite Sweet/Ice Cream at the recent 2001 Houston Food Star Awards. Austin food takes over the state! 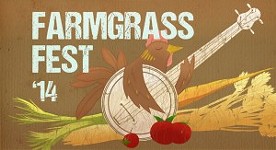