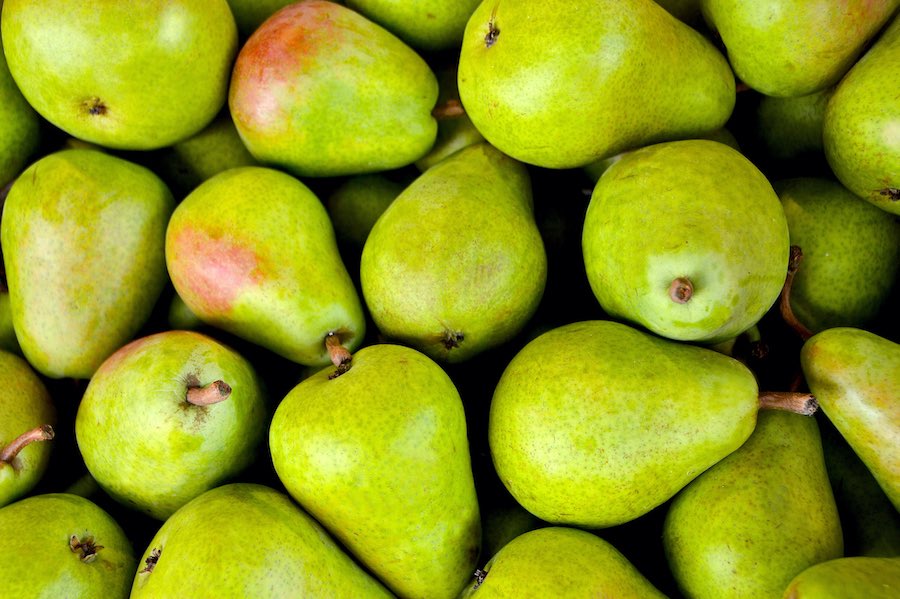 The recent Holiday Dessert Recipe Contest at Faraday's Kitchen Store (1501 RR 620 North, 266-5666) attracted more than 50 entries and a large, enthusiastic crowd to the store on the day of the judging, November 15th. Linda Adams won both the Grand Prize and the Cakes/Cupcakes division with a recipe for Fresh Pear Cake she adapted from a Houston Junior League Cookbook years ago. With pears in season, it should make a tasty addition to any holiday table.

3 cups all-purpose flour
1/2 tsp each cinnamon, nutmeg, and salt
2 tsp baking soda
Sift together. Add to the pear mixture and mix with a spoon.

2 eggs
1 cup vegetable oil
1 tsp vanilla
Whisk together in a bowl and then stir into fruit/flour mixture with a spoon. Preheat oven to 350 degrees. Grease and flour a 10-12 cup Bundt pan. Pour cake batter into pan and bake in the middle of the oven for 1 hour and 15 minutes, or until a toothpick inserted in the cake comes out clean. Remove cake from oven and cool on a rack for 10 minutes before turning the pan over to release cake. While the cake is cooling, make the glaze.

When I read over Faraday's list of contest winners, I was surprised to see the Pies, Tarts, and Tortes category had been won by someone who made an Osgood Pie. I was intrigued because Osgood Pie is an heirloom recipe in my family. The year I became food editor at the Chronicle, I wrote an article about all the years I struggled to duplicate my grandmother Walden's long-lost recipe during my career as a professional baker. (See "The Pies That Bind" from November, 1997.) I immediately emailed the store manager and asked for contact information so I could talk to pie maker Katie Franceschini about her winning recipe. When we chatted on the phone, she told me she had cut the recipe out of a newspaper article years ago and continued making it for her family all this time because they really love it. We speculated that her recipe might also be the one I'd published and she was kind enough to email hers to me. They are indeed one and the same. I told her that my maternal grandmother, Winnie Kelly Walden would be very pleased to know that her pie tradition lives on in another family and that Katie had won herself some prizes with it! I was so excited by her win that I decided to make an Osgood Pie to share with friends this Thanksgiving. It was a big hit at my friends house, as well, even though I had to substitute dried cranberries for the raisins at the last minute. It's a variation I recommend and of which I'm sure Nana would approve. Enjoy!

All ingredients should be at room temperature. In mixing bowl, whisk together the beaten eggs and sugar until the mixture starts to lighten in color. Pour in the cooled butter, whisking as you pour. Stir in remaining ingredients and pour the lumpy mixture into the unbaked pie shell. Place on a baking sheet in the center of the oven and bake for 10 minutes at 400 degrees. Lower the heat to 350 degrees and bake for 40-45 minutes more, or until a toothpick inserted in the center comes out clean. Remove pie from oven and cool on a rack. Serve warm or at room temperature. Serves 8-10.

Katie's recipe says "Share with love" and I agree.