Broken New Years Resolutions
First off, I have decided I need to find newer and more inventive ways to make fun of Lance Armstrong. I don't really have anything against the guy except maybe his bike team color choice, but in the interest of not beating a dead horse I am trying to reign in my urge to refer to him as "Lefty" in conversations. First of all, that's some heartless shit on my part because a) I don't really know for sure which testicle he had removed, and b) Cancer isn't really something you should joke about (example: the phrase "serious as cancer") unless you've experienced it yourself first hand, and c) On a purely mojoic (yeah, I just made that word up) basis, joking about someone else's testicular cancer is just asking to have one of your own lopped off. Still, sort of like a midget Tom Brady, Lance is just a little too easy to take shots at, and I, more than anything else, am one lazy motherfucker - which leads me to my second broken new years resolution: cussing less. OK, let's be specific: To not use as much profanity. Cussing sounds like the cusser is pissed off. Not the case here. I actually like myself OK and am pretty comfortable with my status as a motherfucker. In fact, I have three beautiful children to show from the deal, so motherfucking has been very, very good to me, and yet, I realize that there are lots of people who find the word "motherfucker" at least mildly offensive. Perhaps their mothers weren't MILFs or their experiences with incest weren't as positive as they would have liked them to be - regardless, I would like to offend fewer people - even and especially victims of incest, and so, resolving to cuss less seemed like a good idea. Sadly, I haven't been resolute enough to make it happen. I've read that I should institute a "swear jar" but I don't really carry pocket change, so I'm fairly sure that would be a bust. I also tend to hang out with people who aren't strangers to profanity themselves. I am not committed enough either to go hang out with priests or convents (which might not be legal) or in day care centers (people my age who hang out in day care centers should probably be arrested preemptively anyway). So that pretty much leaves Bible thumpers who, for the most part, don't drink and who generally can't hold their liquor even when they do, and priests, who can drink all right but who are kind of creepy to hang out with for obvious reasons unless you're playing basketball or building homes with Habitat for Humanity. Conclusion: Broken Resolution. There's also a resolution I haven't yet broken and I think I have a pretty good chance at keeping: I have resolved to not go to any place with bottle service. Currently that means Qua and Pangaea. I'm not saying it's not tempting to go just once if only to bag on the douches who actually spend money in those places, but as a philosophical experiment I am holding my ground. I think I have a good shot at this one. Why? I am not only a motherfucker, but I am a cheap motherfucker, so I am unwilling to pony up for a bottle service type bill, and, call this a character flaw, but I can't understand why anyone would spend a couple of hundred dollars on a bottle they could get for a fraction of the cost at a liquor store and then bring to the Carousel. Seems like they might be stuck up. I of course welcome all comers to convince me otherwise, but it would break my resolution. The one thing I do have on my side is that I have never been to Kenichi. Austin/Aspen. What am I? A fucking Kennedy? 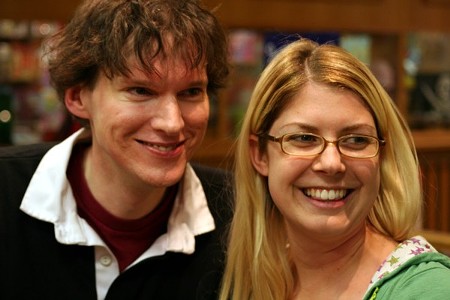 The Chrontourage was at BookPeople Jan 27th
Rob Sheffield, rock critic, Rolling Stone contributor, and BookPeople favorite, made a special appearance reading experts from his heartbreaking and hip memoir, Love Is a Mix Tape. The book documents Sheffield’s idyllic five-year marriage to his unforgettable wife, Renee, through the songs on his personal mix tapes. Stitched together, the songs tell the story of their love, marriage, and her tragic death. This touching story will strike a chord in anyone who has used songs to try to express the ineffable. Reading was followed by a question & answer session and book signing. Check out more photos now.

Caught reading?
Some read it in the park, others like to read at Spider House Patio Bar. Every Thursday the Chronicle hits stands, where do you get caught reading your Chron? Send us your photos of where you read your Chronicle to events@austinchronicle.com. We'll feature the best one each week, and the winning picture will receive a Chronicle T-shirt! See where readers got caught reading.

Less than a week to vote for the 2007-2008 Austin Chronicle Music Poll!
After 27 years, you know the drill: This is your chance to duct-tape the critics' mouths shut and speak up about Austin music. Not sure whom to vote for? Turn on the radio, drop by the local record store, or head to the clubs. Your favorite band is probably playing. Vote now! Entries must be received by Thursday, January 31, 2008.

Carter loves making people feel great about themselves. It isn’t just about slapping color on someone and trimming the hair. It’s about the Experience - Everyone should have a great experience. 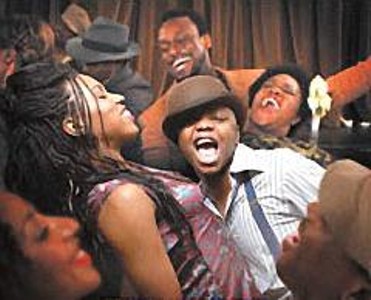 ZACH brings George Gershwin's musical Porgy and Bess to the stage this season at the all new Austin Music Hall! Director Dave Steakley and ZACH's artistic team are creating a re-envisioned staging of the classic in the style of the jazz and R&B recordings of legends Ray Charles, Cleo Lane, Ella Fitzgerald, and Louis Armstrong. The show will run from Jan. 25, to Feb. 3. For tickets Please call (512) 476-0541 ext. 1 Monday-Saturday from 12 - 7 PM Read the full review in this week's Chronicle.