Why just throw axes when you can bowl with a football? 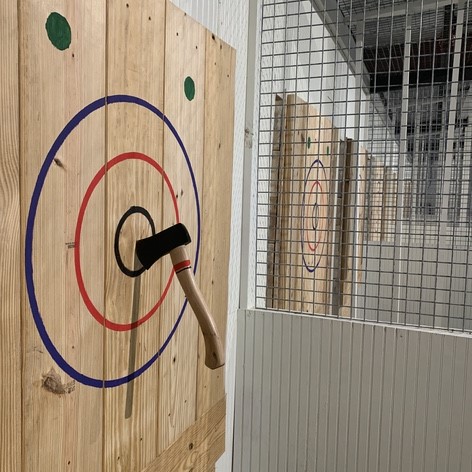 You’ve probably played a game of darts at some point in your life, right? A mainstay of dive bars, dart boards are commonplace all over the world, but there is a new(ish) sport that is making its way around the world. That sport is axe-throwing.

Traditionally, axe-throwing involves (you guessed it) throwing and axe at a target that is three feet wide and consists of five rings that are each four inches wide. Each ring is worth a certain number of points and the person with the most points at the end of the game wins! Axe-throwing has been around for centuries, but it’s never really entered the mainstream until recently. Not only has it taken on a life of its own as a professional sporting event (typically taking place during lumberjack competitions), but it’s also become an industry on its own, with axe-throwing bars popping up all over the world.

The first axe-throwing bar is believed to have been founded in Toronto in 2011, and over the past eight years more and more have been popping up all over the world. People have found many benefits to axe-throwing. Some of those benefits include but aren’t limited to it being an alternative form of both cardiovascular fitness as well as anger management. This is what places like Hatchet Alley are trying to offer the people of Austin. Founded by a group of local Austinites that love the city and its culture, Hatchet Alley offers their customers the chance to let out some aggression (or engage in some healthy competition) by making axe-throwing a casual gaming activity. 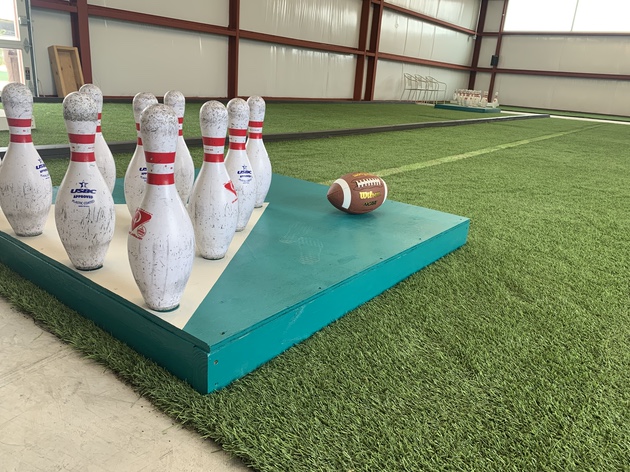 People are welcome to come to Hatchet Alley and throw axes for fun or, for the more competitive types, join weekly leagues that make competition more of a factor. For anyone who isn’t enticed by the idea of throwing an axe, Hatchet Alley also offers the following activities:

• Bocce Ball: Known by the Italians as lawn bowling, bocce ball is one of the most widely played sports in the world, not to mention one of the oldest yard games. • Football Bowling: An infusion of football and bowling, football bowling combines the accurate passing of professional football with a 10-pin game of recreational bowling.

The best part about Hatchet Alley is that you can pre-book your session if you have a large group of people. No need to worry about showing up and not being able to throw down. Walk-ins are always accepted, but they’ll be taken on a first come, first serve basis. If you’re nervous about not being skilled, don’t worry! They always have a staff employee available to coach you and show you the proper form. Think of them as your axe-throwing concierge. Did we mention it’s BYOB (it’s safer than it sounds, we promise)? If you book a session at Hatchet Alley, you’re free to bring as much wine and beer as you’d like! Finally, Hatchet Alley has DirecTV’s Sunday Ticket for any football fans that are worried about missing their favorite team’s game while they’re tossing an axe. It’s the perfect place for any occasion!