Glossier Is Coming to South Congress 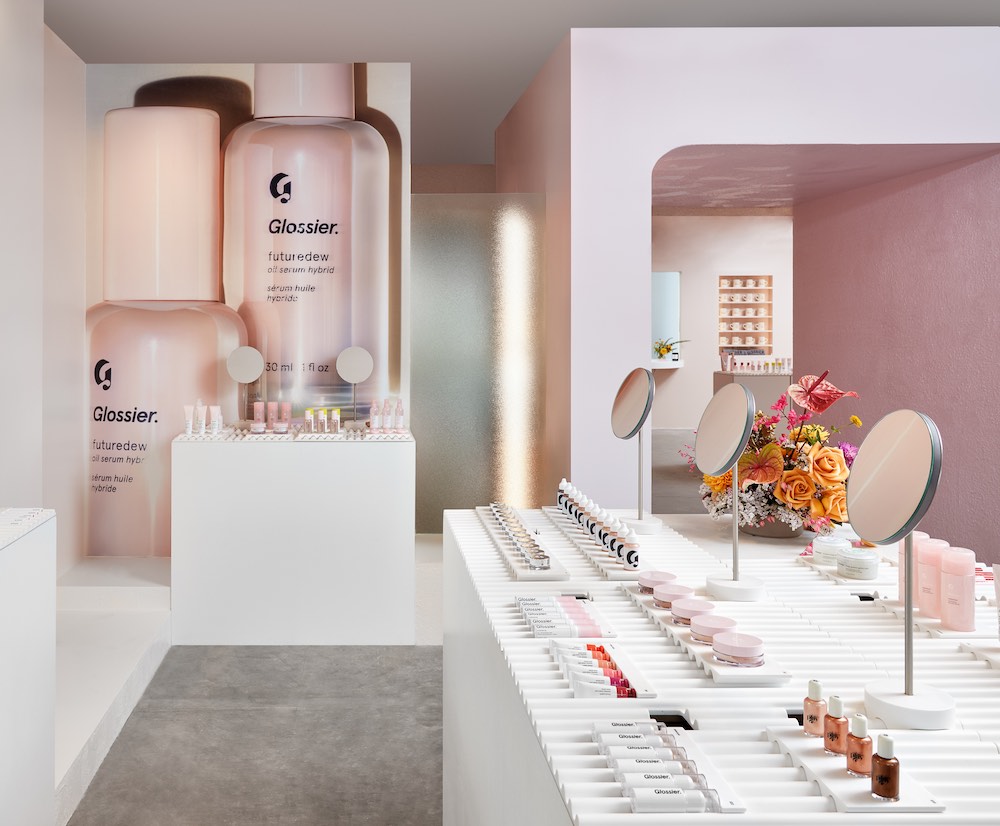 If your Instagram is anything like mine, you too get daily targeted ads from Glossier – that internet-only, no-make makeup brand you can’t buy at Sephora.

But with only two stores in New York and Los Angeles, it’s hard to take the plunge on their products without testing them first – how will you know if Boy Brow really achieves peak Delevingne brows? Well, make-up-loving Austinites, that burning question is about to be answered because the “customer first” beauty company is popping up on South Congress this week.

Following in the footsteps of goop’s South By Southwest retail experience (who will ever forget those yoni eggs?), Glossier has designed what their PR team describe as a “roadside attraction,” because in 2019 it’s either direct-to-consumer (which Glossier is known for) or making instagrammable memories IRL. The temporary store is gonna be big, quite literally “larger-than-life” according to the team, and they’ve brought on Connor's Creamery, Heidi Garbo’s (of Garbo’s Fresh Maine Lobster) soft serve truck, for co-branded sweet treats just outside the space daily. And, rumor has it, they’ve got some other Austin-centric partnerships planned.

Inside, the shop will feature Glossier’s complete product line, much of which Glossier spokespeople say has been designed with input based on their customers' burning desires – yes, you can have burning desires about makeup thankyouverymuch. Before creating their face wash, cutely dubbed Milky Jelly Cleanser (which is pretty great and has kind of a milk jelly consistency), the company turned to the consumers to find out what was missing from the market. This, according to the team, is “how we maintain direct conversations with our customers.” Glossier Austin: Does this scream "roadside attraction" to you? (Photo provided by Bela Yousif)

And while the popup might be reminiscent of Gwyneth Paltrow’s “buy my lifestyle” shop, the prices are less similar. That beloved face wash sells for a reasonable $9 online, and the infamous Boy Brow is $16, still below the average high-end makeup mark. Yet the makeup-for-millenials company – funded by that one girl (Emily Weiss) who apparently guest starred on The Hills back in the day and worked at both Vogue and W – is still about the experience and that’s exactly what previous popups have made good on. Miami’s jumped on that art deco vibe (hello, 1970s!) while Seattle’s embraced the city’s nature-loving side, but all with a touch of #GlossierPink (does this look like millennial pink to you?). Austin’s too will feature the dusty blush hue, while embracing “all things roadside attraction,” said Glossier's spokespeople. But don’t expect a checkout counter, because when aiming for the “pinnacle” of customer engagement – and, apparently, Austin has a large fanbase – it’s all about facilitating connections and experiences.

But, it’s not all eyebrows, experiences, and dewy-skin at Glossier. The shop will also be selling a special, limited run mug – $5 of each one sold will be donated to local nonprofit RAICES, which provides social services, legal representation, and advocacy to underserved immigrant children, families, and refugees. So, go forth our beauty-loving readers, and don’t forget to ‘gram it.