8 Water Parks Near Austin to Keep You Cool and Active

As summer approaches and the temperatures get hotter and hotter, a cool, exciting day spent at a water park or wave park becomes more and more enticing. Austinites love their natural swimming holes, but there’s still a space in our hearts for a big ol' slide or mechanically generated wave. – Alyssa Hiarker


One of Lake Travis’ newest water parks, Waterloo Adventures' mission is to stunt on regular water parks with a floating one, because why not. For $54, customers get a one-day pass to the park. The excursion begins with a boat ride to “adventure island,” where you get the chance to spend 45 minutes on the park’s giant floating obstacle course and then have unlimited access to the island. – Eilish O'Sullivan


Typhoon Texas has more than 11 attractions, ranging from a lazy river to a zip line. Daily admission is $35, but if you order online it’s just $30. Also, if you get to the park after 4pm, you can get in for a discounted rate of $17. Stay late on Thursday nights for its Dive in Movies series where you get to chill in the Tidal Wave Bay and enjoy family-friendly films like How to Train Your Dragon 2 and Tangled. The park also hosts live music every weekend all summer long.– Eilish O'Sullivan 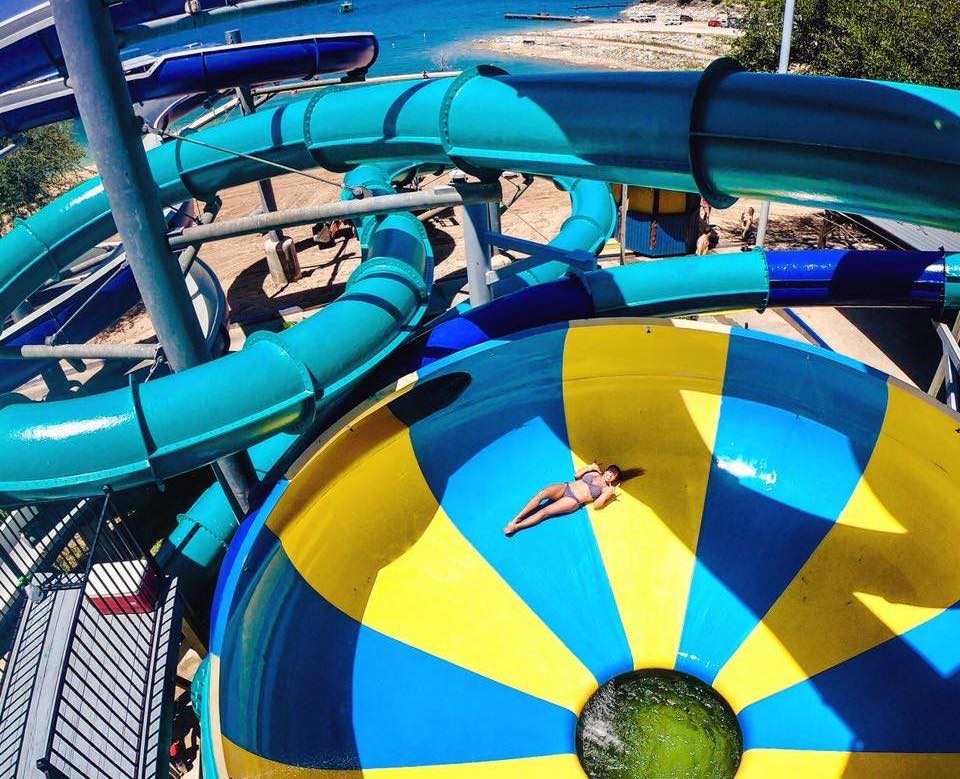 
Leander’s Volente Beach Resort & Waterpark on Lake Travis boasts sandy beaches, a massive waterslide, a pirate boat, and multiple dining options, with happy hour deals Wednesdays and Thursdays. You can even stay on the property after your day of fun in one of its 10 bungalows, which sleep four to 10 people. Regular ticket pricing is $20 on weekdays and $25 on weekends, while a season pass is $50. And, kids who are 2 years old and under get in for free. The water park also hosts events all summer, including the Rolling Roadshow’s weekly screenings of JAWS on the Water. – Eilish O'Sullivan


With 51 rivers, rides, slides, and chutes, it’s no surprise Schlitterbahn Waterpark is a summer staple for water park enthusiasts. Daily general admission costs $55 online and $65 at the gate for individuals who are aged 12 to 54. After 3pm, you can save up to $15 when you pay at the park entrance. Additional park benefits are given to guests who stay at the resorts housed on the park’s grounds, including access to the top rides an hour before the parks open to the general public and access to five resort pools that remain open after the park closes. – Eilish O'Sullivan


This man-made surf park opened in 2016 and was purchased by the World Surf League earlier this year. Its future is in flux, but hopefully it will open this summer and serve would-be surfers. Assuming it does open and operates similarly to previous years, the park will host live music and yoga events and feature a restaurant, juice bar, and on-site brewery. – James Renovitch 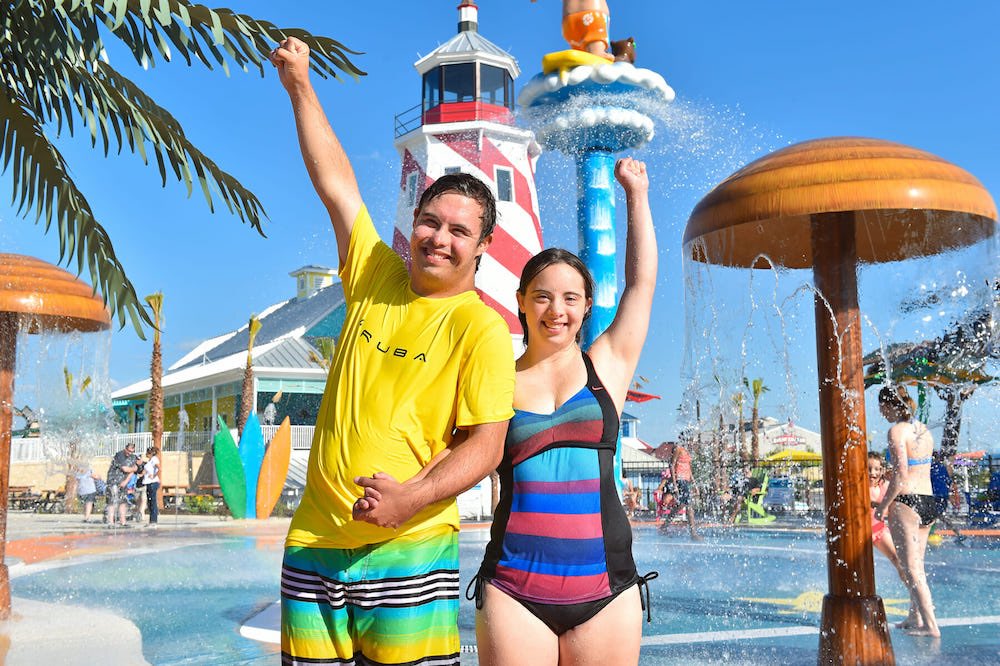 
It might look like your average water park with 25 acres of agua antics, catch and release fishing, a ferris wheel, and more. What sets it apart is the focus on inclusion for special-needs individuals. Wheelchair accessibility for most attractions is just the beginning with ASL, a “Sensory Village,” playground, and more interactive attractions specially designed for everyone. – James Renovitch


Even though there’s only two, Quest ATX is the O.G. of cable wakeboard parks in Austin. A cable system pulls riders of all levels around the water as they try their hand at a variety of rails, jumps, and obstacles. The park also hosts several summer camps for kids. It even has a floating obstacle course, where you can see if you have what it takes to be an aquatic ninja. – Eilish O'Sullivan


Next Level Ride is the new kid on the block when it comes to Austin’s wakeboard cable parks. Made for all skill levels, this park offers private lessons for beginners for $75 for the first hour. Outside of the lessons, an hour costs $23 during the week and $25 on weekends. – Eilish O'Sullivan 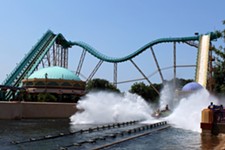