From a small room in 1979, the tradition continues

When Mike Quinn was asked what the craziest thing he’s seen over the years at Carnaval Brasileiro, he hesitated for a few seconds, reflecting on decades of memories.

In 2000, he invited 13 samba drummers from the poor areas of Rio who had never been on an airplane before to play their music for an Austin crowd. Quinn says while these handsome dudes were playing their drums, women in the audience were throwing their underwear onto the stage. “There was a lot of women’s underwear on the stage that night, I remember,” Quinn chuckles. “Autographed.” 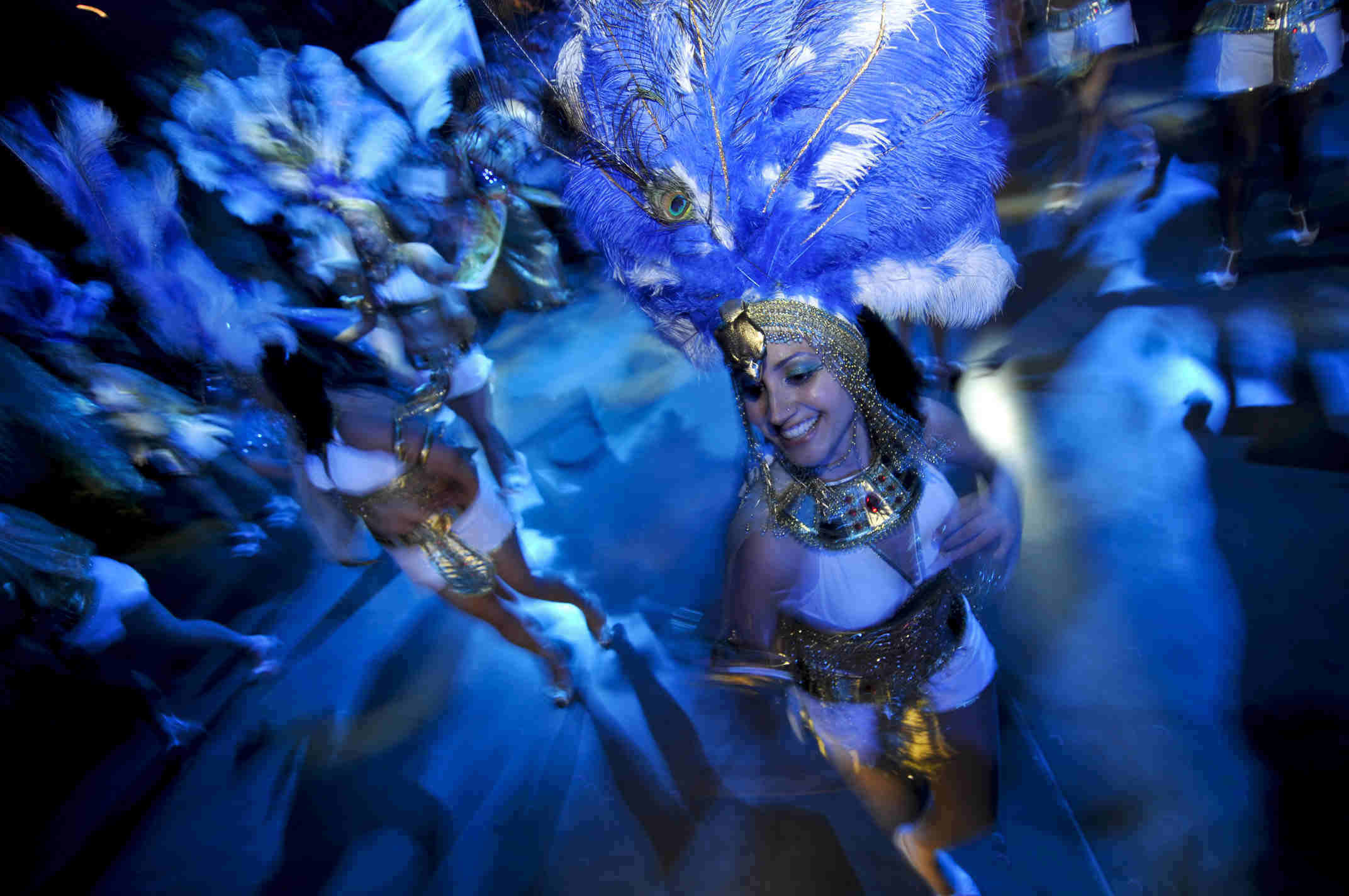 The 42nd Carnaval Brasileiro will be held this Saturday, Feb. 9, at Emo’s, and with an expected attendance of 1,500, Emo’s will be at almost full capacity. Austin’s version of this pre-Lent tradition owes its beginning to two homesick Brazilian UT students in 1975 who used the Austin Unitarian Church to hold the first Carnaval Brasileiro for their friends. Quinn started organizing the festival in 1978, and the festival sold out that year at the Boondocks Club.

“We sold 1,000 tickets, and the next week they had to repaint the dance floor,” Quinn says. “They sold every drop of alcohol in the club.” 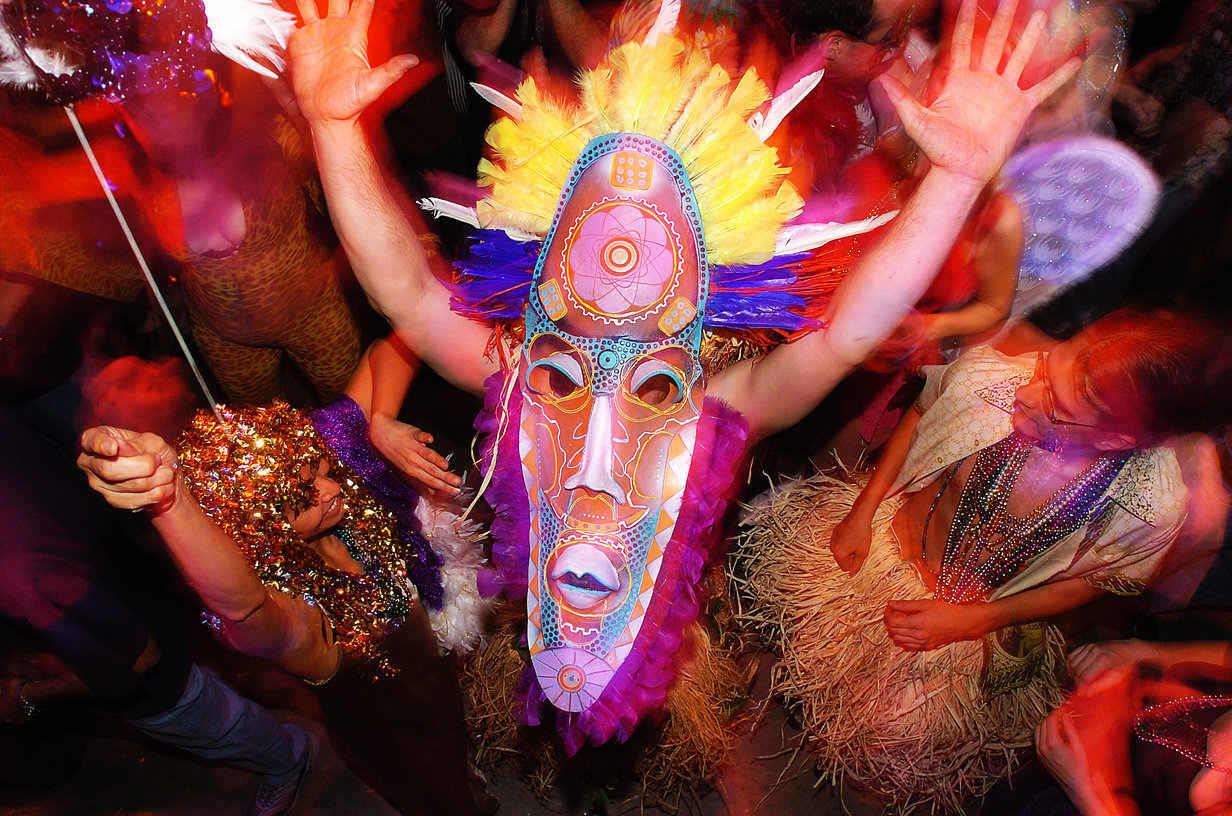 Photo by Merrick Ales
After that, Carnaval Brasileiro grew in popularity, with the $4 tickets for the 1979 festival being scalped outside the venue for $25. With increasing attendance, Quinn says Carnaval Brasileiro migrated to several large venues to accommodate for the demand; however, the past three years have seen a decline in attendance. Quinn says younger generations are harder to reach, and the people who came in the past are older and don’t go out as much. “Austin is not the Austin of even 10 years ago,” Quinn says. The new location at Emo’s is cheaper and smaller, creating a crowded party atmosphere. “We decided it would be better to have a huge crowded room instead of one that’s half empty. The party is better when it’s packed.” And this party is packed – with dancing, rhythmic drums, alcohol, flashy costumes, and nonstop dancing. This year’s theme is 20,000 Masks Under the Sea, based on the classic novel 20,000 Leagues Under the Sea, so expect to see no shortage of mermaid costumes. Music will be provided by Beleza Brasil from Rio de Janeiro's samba schools, and the Austin Samba, a group of over 40 drummers and 60 dancers founded in 2001 by Robert Patterson. The Austin Samba uses an orchestra of drums and intricate costumes to bring the music and dance of Carnaval to Texas. “It’s a more intimate venue, and we’re all excited and nervous to see what this is going to be like and how do we respond to that venue and engage with the audience members there,” Austin Samba Dance Director Imani Aanu says. “For us, there’s that excitement because we can’t wait to get out there and get into the midst of it.” 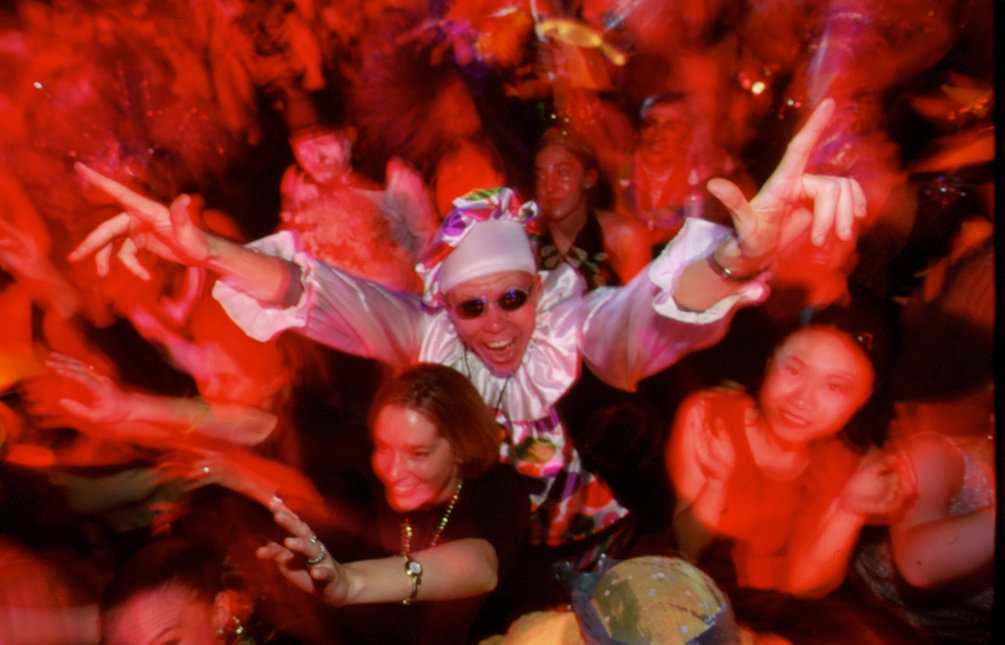 Photo by Merrick Ales
For people who have never been before, Quinn says to wear comfortable shoes and light clothing because “no matter what it’s like outside, it’s going to be hot as hell inside.” Quinn says while many attendees arrive almost nude, the Carnaval isn’t about walking around naked but about coming up with a creative costume. “Let your own hair down a little bit and just make sure that you have a good time. No judgment,” Aanu says. “Go ahead and get a cocktail. You won't feel the people stepping on your toes.” Quinn says in the past, people have questioned whether Carnaval Brasileiro was a safe festival due to its wild reputation. Over the years, he says fighting and sexual harassment have never been an issue and emphasized that there were security guards present if anyone feels uncomfortable. Overall, Quinn says his motivation for organizing Carnaval is to ensure there was an Austin outlet for authentic Brazilian music. Carnaval Brasileiro does not stray far from the traditional style of Carnaval in Rio from the Fifties and Sixties. “It’s a labor of love, but I’ve kind of worked my ass off for 40-something years,” Quinn says. “Hopefully I’ve added something of value to the city.” Tickets can be bought online for an adjusted ticket price of $47 at www.carnavalaustin.com. Emo’s doors open Saturday at 8pm. 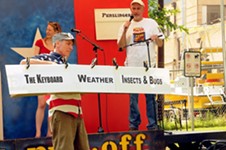 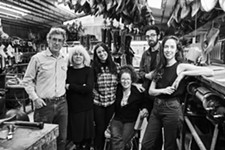