Seasonally appropriate suggestions for your next night out

Ah, winter in Austin. Beanies are broken out, Bevo goes into hibernation, and groundless hopes of snow reside in our hearts. Forget February – this is when romance fills the air. Here are a few ways to get cozy with someone this season.

Fun year-round but especially when the temperature makes you naturally gravitate toward fire, roasting s’mores at Halcyon is a jolly good time. With Halcyon’s sleek, hangout-friendly bar and lounge, you don’t need the chilly outdoors to enjoy the taste of a melted chocolate and toasted marshmallow sandwich. Itching to fully embrace the holiday spirit? Head to the Miracle on 5th Street pop-up bar, hosted at The Eleanor downtown. Sip one of their festive cocktails (the Yippie Ki Yay Mother F****r! seems very romantic) amongst the kitschy, Christmas-themed decor. If you’re really trying to flex with this date, share a late-night dinner of escargots and steak frites on Justine’s heated patio, covered by an elaborate tent that creates quite the intimate atmosphere. 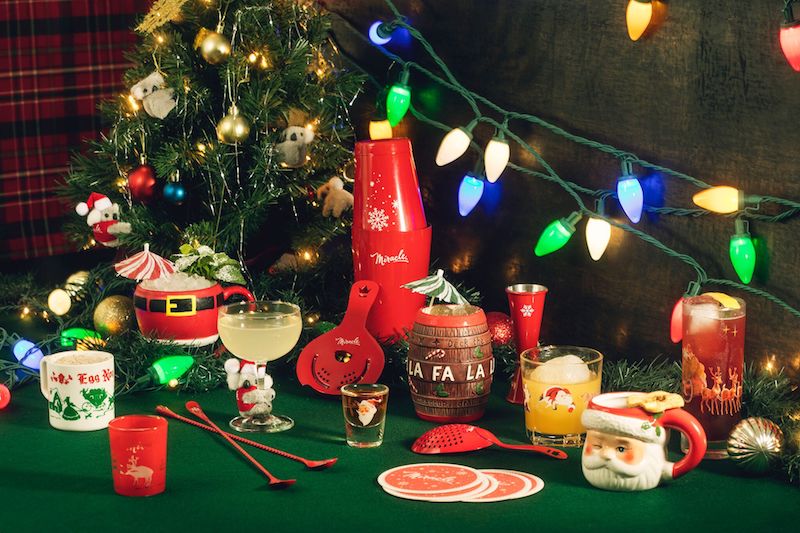 Lights With the Light of Your Life

You haven’t done Christmas in Austin without a trip to the Trail of Lights. Two million lights take over Zilker Park, making for a spectacular walk with food trucks, holiday activities, and live music performances along the way. Another light-filled extravaganza is Circuit of the Americas’ Winter Wonderland. Admire the glowing, handcrafted sculptures of creatures such as dragons, pandas, and smiling moons featured at its Chinese Lantern Festival, then glide (or fall) with your date across Texas’ biggest outdoor ice skating rink. Round Rock’s annual Christmas Towne boasts more glorious light displays. Entrance is free, but for eighteen bucks, ride your little hearts out on the full-scale carnival rides (the Century Wheel looks like the perfect setting for a perfect kiss.) If a chat over coffee is your idea of the perfect first date, liven it up with a cup at Mozart’s. During the winter, the place decks out their patio overlooking Lake Austin with over a million LED lights. Catch their nightly light show while snuggled up to a cutie and sipping on hot chocolate. 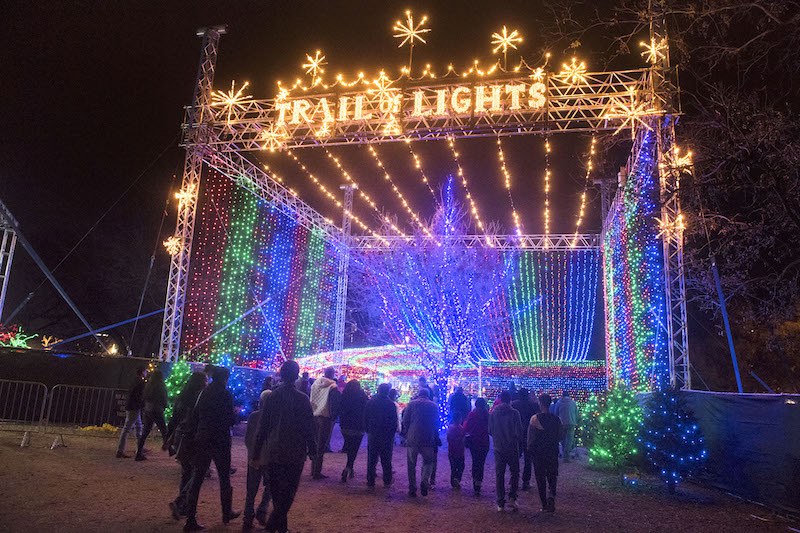 Trail of Lights greets you with a colorfully lit entryway. (Photo by John Anderson)

If you’re tired of stuffing your mouth, let out a laugh instead at the Bah, Humbug! comedy show at Hideout Theatre. Dressed in Victorian-era attire, improvisers craft a Dickens-inspired performance featuring signature elements such as orphans and street criminals. You want even more laughs? Check out The Santaland Diaries playing at the ZACH Theatre from Dec. 5 to Dec. 30. Adapted from David Sedaris’ book, the play revolves around Crumpet, a Christmas elf working at Macy’s. His experiences with the holiday retail season make for uproarious entertainment. If you’ve officially split your sides, try holding hands in a dark theatre for a couple of hours at one of Alamo Drafthouse’s specialty screenings. The month of December brings classics such as A Christmas Story, It’s a Wonderful Life, and Die Hard back to the silver screen. Paramount Theatre also has some rather merry options – their Elf Pub Run and screening of The Muppet Christmas Carol stand out in particular – as does AFS Cinema, whose Home for the Holidays series showcases classics such as Meet Me in St. Louis and The Apartment. 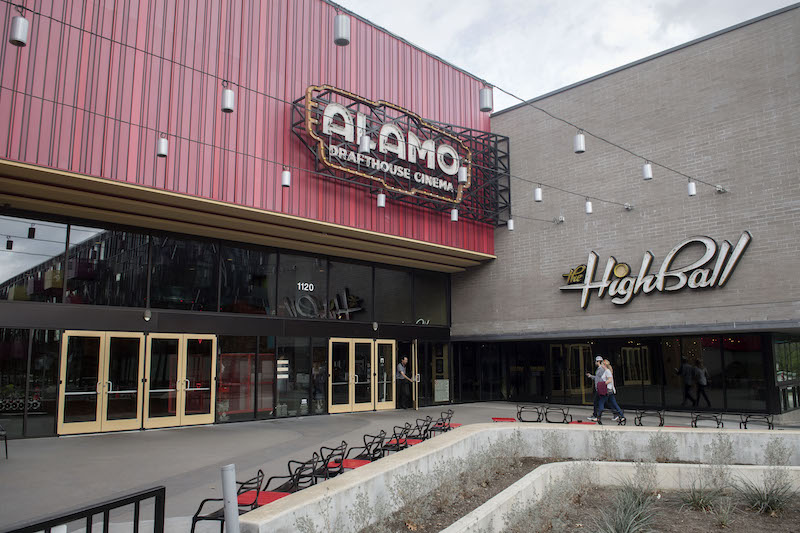 A Hodgepodge of Activities

If you’re one of those outdoorsy couples – but not feeling the cold of winter – then climb some rocks at the Austin Bouldering Project. In the comfort of indoors, you can get your (workout) grind on together in a more hands-on way than running side-by-side on treadmills. Wait, you don’t mind the cold? Skip the bouquet of flowers and bring that special someone to Luminations (Dec. 6-9) at the Lady Bird Wildflower Center instead. Lights and luminarias decorate the garden, and local dance group Blue Lapis Light perform a specially choreographed routine. The beauty of nature is doing all the heavy lifting for you, so take a stroll, steal a kiss, and let the sparks fly. Finally, dance to some sweet tunes during Free Week: a week in January of live music where clubs open their doors sans cover charge, and bands perform without the price of a ticket. Although you may make up the difference with dinner and drinks, always remember – love is priceless. 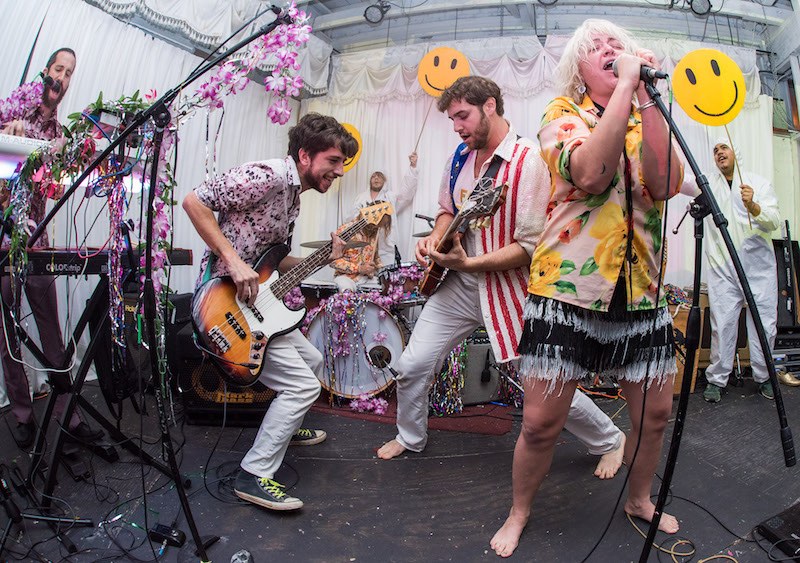