State of Mind Event Opens Up Dialogue on Mental Health

We may live in the Age of Communication, but the topic of mental health doesn’t always seem to. Young Austin filmmaker Nate Araya aims to change that. This Thursday at the George Washington Carver Museum, he will host “State of Mind,” an event composed of two parts: a screening of Araya’s new short documentary, “Mental Health Is Wealth,” followed by a discussion surrounding the issues addressed in the film.

“Growing up, we really didn’t talk about mental health,” Araya says. “Counseling and therapy, there was a taboo about it. If you’re dealing with worry, stress, anxiety, depression, it’s almost not as serious and you wouldn’t need to get any mental health care.”

With a degree in mass communications from Concordia University, Araya spent a decade in Los Angeles and made two documentaries (one of which – Sincerely, Ethiopia – was nominated for Best Documentary by the African Movie Academy Awards in 2014) before returning to Austin to start a production company, All Creative Digital. “Mental Health Is Wealth” is the company’s latest project, with a focus on minority communities. Mayor Steve Adler will be in attendance at the event to introduce the film.

“It’s always good to know that you are being supported with people that are in great positions that understand the pulse of the community and the heartbeat of the culture that they’re living in,” Araya says.

After visiting the hospital for chest pains and learning they were likely due to common stress, Araya realized the importance of navigating and managing mental health. He spoke with members of his family and minority communities, finding out that stress, anxiety, and depression were recurrent problems yet a significant stigma surrounded getting care for them. The film itself is mostly conversation, one that takes place at an Austin barbershop and features other creatives and professionals tackling this subject.

“I want the series to educate,” Araya says. “Sometimes if you’re not in a certain world or you’re not familiar, it’s very tough for you to be able to empathize or understand or work with another group of people if you’re just not aware.” 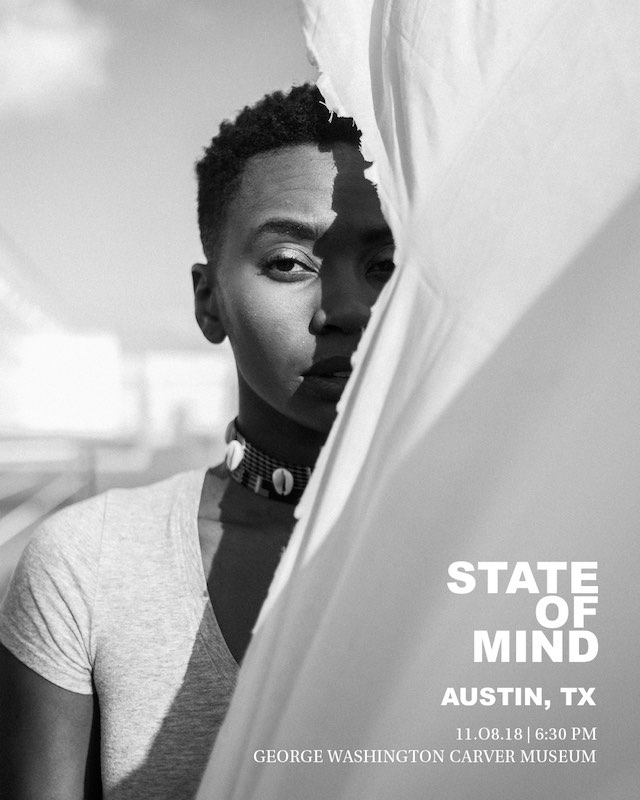 State of Mind will feature a screening of "Mental Health Is Wealth" followed by a discussion between panelists and the audience. (Courtesy of Nate Araya)

State of Mind extends this conversation to a bigger setting with more participants. Araya wishes to open up and elevate dialogue, breaking down barriers surrounding the topic, as well as inform attendees of resources available. Free therapy sessions will be offered by panelists, which include local experts and counselors. By being vulnerable with his own experiences, Araya wants to liberate others to share their stories as well.

“I want people to be honest with themselves,” Araya says. “We as people go through so much trauma and hardships and things that have affected us in our past, and what we do sometimes is we try to escape it or we try to bury it down without dealing with it. Though we may not be able to fix each of these problems overnight, we can face [them].”

State of Mind also has the future in mind – it serves as a blueprint for how the event could work in other cities with other topics. “Mental Health Is Wealth” is just the first episode of what Araya envisions as an eight-part series called Growing Up in America. He hopes to partner with research-based institutions and media platforms to address issues relevant to diverse audiences and minority communities.

“We can talk about anything, really, anything that shares stories and opens dialogue,” Araya says. “Things are very divisive, and I want to play my part in bridging the gap. I feel like storytelling is a powerful way to communicate, build relationships, and bring about change.”

State of Mind will be hosted at the George Washington Carver Museum Nov. 8 at 6:30pm. Featured guests include mayor Steve Adler, content creator Evelyn Ngugi of Evelyn From The Internets, and musical artist Mélat.