Hungry at Trib Fest? Here Are 14 of Our Favorite Restaurants. 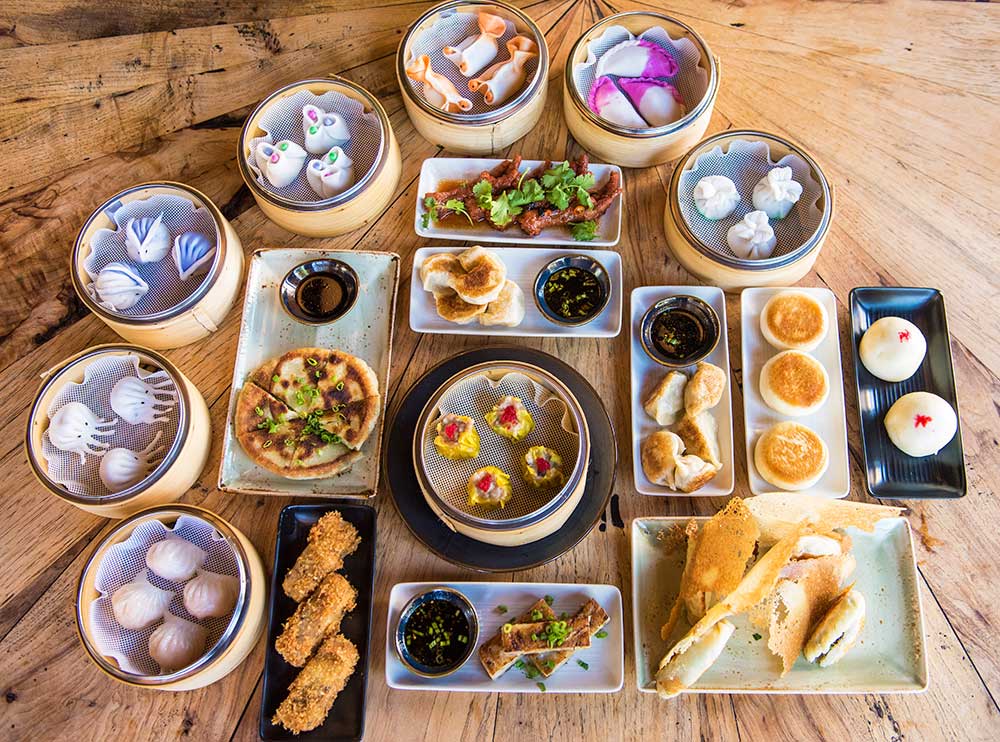 Take a much deserved break from rubbing shoulders with political movers and shakers to enjoy some local Austin flavor within walking distance of the Capitol. We keep it weird and tasty!

500 W. Fifth
The kitchen at Wu Chow serves up some of the city’s most consistently inventive dim sum. You might miss the chaotic jostle of carts, but inventive takes on dishes like hot & sour soup with wood ear mushrooms, or crispy soft turnip cakes studded with sausage, bring the excitement straight to your plate.

800 W. Cesar Chavez
There are three levels to this enclave wrought within the old Seaholm Power Plant: Jason Stevens’ inviting cocktail cave all flooded with classic libations, the main floor’s wood-fired glory via the menus of chef Jason Stude, and then that Observatory Bar letting you play tipsy lord-of-all-you-survey amid the glittering skyline.

51 Rainey #110
If heritage grains, fermentation, and seasonal ingredients are your jam, you’ve probably already discovered the wonder that is Emmer & Rye. Chef Kevin Fink weds a love of forgotten flavors with a Scandinavian ethos, culminating in American-style dim sum on Rainey Street. 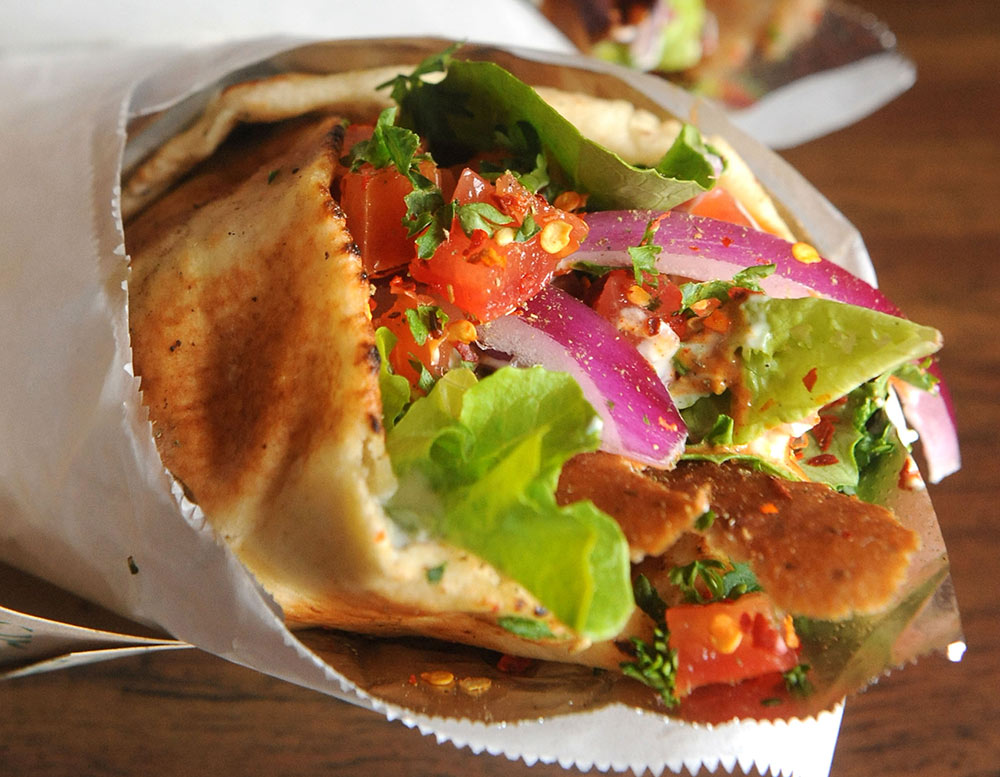 1311 E. Seventh
On the scene since 2006, this favorite with a cult following cooks up Turkish-style wraps. You choose the heat level, and they’ll take care of the rest. It’s the fresh-made falafel, though, that gets noncarnivores nomming just as happily. Extra: The zucchini fries, available only on Tuesdays, are alone worth a trip.

506 West Ave.
Master sommelier meets blue plate special: That’s Irene’s. They'll hook you up with boozy punch while chef Andrew Curren whips up classic Southern sandwiches. Grab coffee, loaded toast, and, you know, cigarettes from the window in the morning, and chill on the swanky patio any time of day. 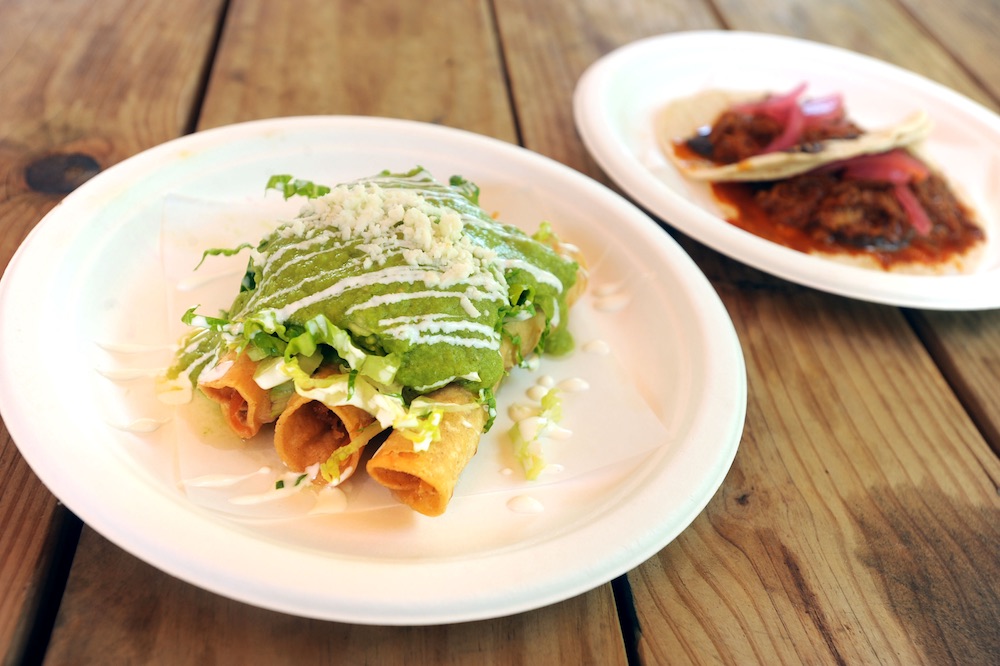 85 Rainey
Oaxaca is often called the gastronomic heart of Mexico, and Iliana de la Vega and Ernesto Torrealba take their mission of bringing those traditions to Austin seriously. They put their own unique spin on dishes like mole nero, which is used here to top enchiladas filled with roasted duck meat and topped with panela cheese.

509 Rio Grande
This funky punk rock diner has quickly become one of Austin’s favorite spots for an irreverent dose of hair of the dog, with a menu of hot takes on nostalgia-inducing classics. It’s sort of like brunch at your grandma’s house, if your grandma used to hang out with Millions of Dead Cops.

400-A W. Second
When La Condesa burst onto Second Street back in 2009, most Austinites understood “interior Mexican food” to mean eating inside at Chuy’s. They changed the landscape, not only by elevating Mexican cuisine past cheese enchiladas, but with a design-minded space that foreshadowed the look of countless new Austin restaurants. 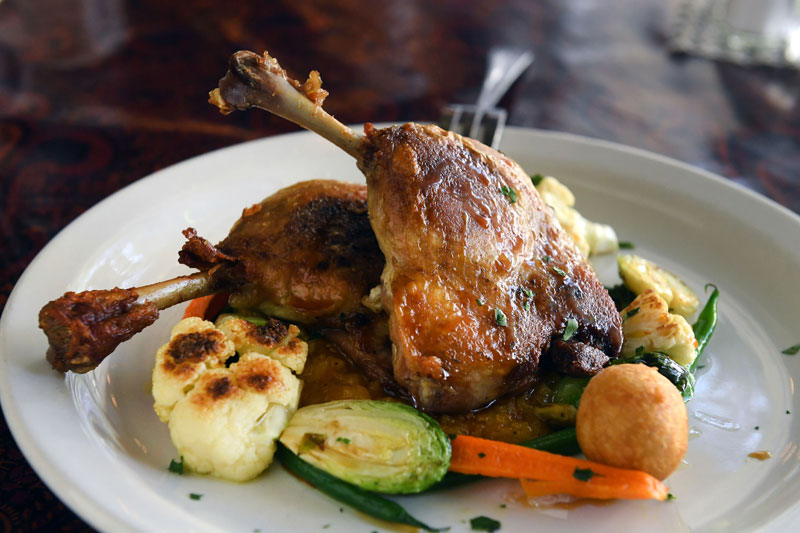 510 Neches
Comfort, warmth, and a dash of romance makes this little bistro live up to its name. Started by three Parisian friends in 1982, it’s a classic take on traditional French fare, and an excellent spot for relishing in conversation over escargots de Bourgogne and bubbles while hidden away from the Downtown melee.

310 Colorado
“The best of Indian, Chinese, Japanese, Thai, Korean, and Vietnamese flavors, all in one place, every day.” Whoa, right? It’s like some Optimus Prime of Asian cuisine, expertly transforming any meal into a globally satisfying array of options, in an elegant and comfortable Downtown setting.

307 E. Fifth
You’d think, being the only Russian restaurant in town, this place could slack off and phone it in. But, nyet, Vladimir Gribkov and Varda Salkey create such a tasty, authentic menu that not even overindulging with their bar’s 100-plus vodkas could make you forget that they’re dedicated to doing it up – borscht and all – just right.

10 San Antonio #170
The kitchen at ATX Cocina has an inventive approach to Mexican classics, paying off in impressive dishes like lamb adobo braised with guajillo chiles and blue corn dumplings, or butter-poached corn topped with queso fresco and smoked aïoli. No wonder Westlake High graduate and Philadelphia Eagles quarterback Nick Foles – aka the 2018 Super Bowl champion – is on board as co-owner.