Granbury’s Revolver Brewing and the Art of Craft Beer

We’re kind of artsy here in Austin, as any travel brochure or chamber-of-commerce website will gladly tell you. So when we hear the words “American craft,” sometimes, even before we think of beer, we think of that classic painting of the farmer and his wife outside their country home. 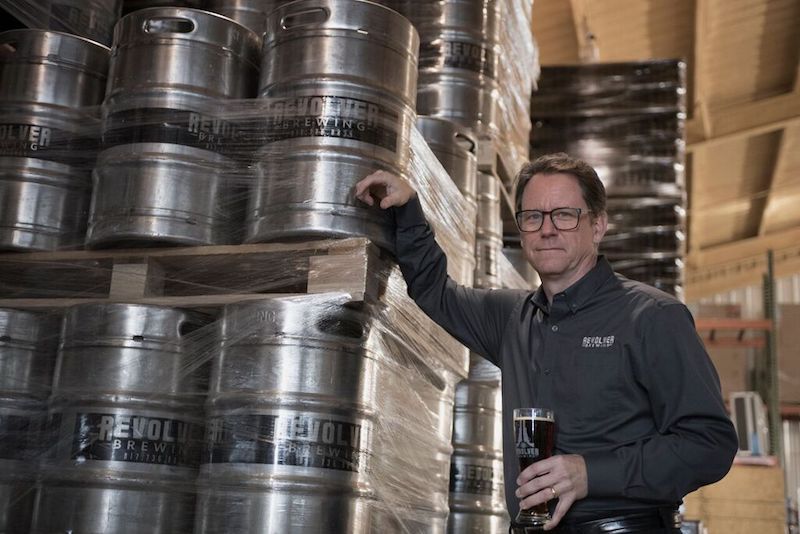 You know the one: That famous artwork called American Gothic, painted by a fellow named Grant Wood back in 1930.

We think of that painting, because it’s got “American” right in the title, and because it’s a solid example of this country’s wealth of craft.

What a cool coincidence, then, that a man named Grant Wood is the master brewer for Revolver Brewing up in Granbury. No, friend, we’re not kidding you. Revolver is located just a little southwest of Fort Worth, founded by the father-and-son team of Ron and Rhett Keisler, and Wood is the craftsman responsible for bringing together the fresh water from their Trinity Aquifer well and the seasonally available local ingredients and creating a variety of beers to tempt the most discerning palate and banish the most wicked thirst. 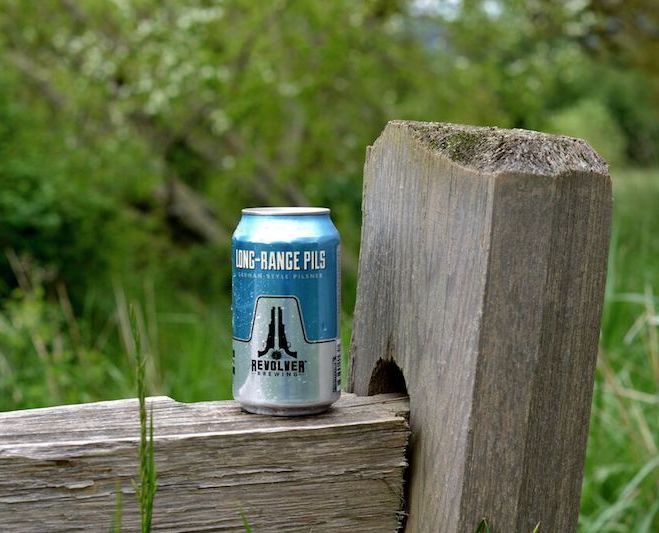 And how does that happen, that a person becomes the master brewer and the Saturday-afternoon tour guide for a Texas brewery? The situation sure as hell doesn’t start way up in New York, right? We’d suspect it doesn’t. But we asked Wood himself, because we were curious about the situation and about what Revolver’s got to offer, and, well – this world is just filled with name-coincidences and small surprises, isn’t it?

Austin Chronicle: Grant, how’d you get teamed up with Revolver Brewing in the first place?

Grant Wood: I was working for Samuel Adams back in 2011 when I saw an email announcement from the Brewer's Association come across my desktop. Rhett Keisler was starting a brewery in Granbury and put an ad in the email looking for a brewer.  Granbury’s about an hour from my hometown of Irving, Texas, so I decided to ask him what he was trying to do. We traded a few emails and finally met at The Ginger Man in New York. Rhett made me an offer I couldn't refuse, and I saw the opportunity for craft beer in Texas, so I moved down from Boston at the end of 2011. Been with Revolver from the beginning.

Austin Chronicle: Y’all have a nice lineup of beers available – that German-style pilsner, your Blood & Honey American ale, the citrus-forward Full-Tang IPA, and others – and that’s not even considering your Rarewood barrel-aged brews. Now, this is kind of like asking a parent which is the favorite kid, but do you have a personal favorite among all those beers?

Grant Wood: Tough question. They're all my children! But I’m really enjoying the Long Range Pils right now – it’s the new kid on the block. Great malt character and crisp hops. Great as the weather gets warm. Austin Chronicle: For someone trying Revolver beer for the first time, which beer would you suggest? Especially, let’s say, there’s a longtime beer drinker, a downright aficionado of beer – which Revolver brew is most likely to impress them?

Grant Wood: Blood and Honey – it's interesting for anyone, not just beer aficionados. I like the look that people get on their face the first time people try it. They’ll often say, "I've never tasted a beer like that before." It's a unique blend of blood orange, Texas honey, and spices.

Austin Chronicle: And do y’all have anything special in the works right now, some kind of beer that’s gonna help folks slake the blazing summertime thirst we all deal with here in Texas?

Grant Wood: The Pils! Long-Range Pils will be the go-to beer for summer. We’re packaging beer in cans now, so it’ll be perfect for all those outdoor activities: the beach, the pool, the river, anywhere.

And maybe, we reckon, just sitting on the porch of your American Gothic house while the sun goes down at the edge of a big Texas sky.