Charter a bus and hit the streets

Austin is a city that wears its art on its sleeve. Sure, there are plenty of museums and galleries to visit, but beautiful paintings have been created on the sides of buildings and in other public places where you can take them in for free. 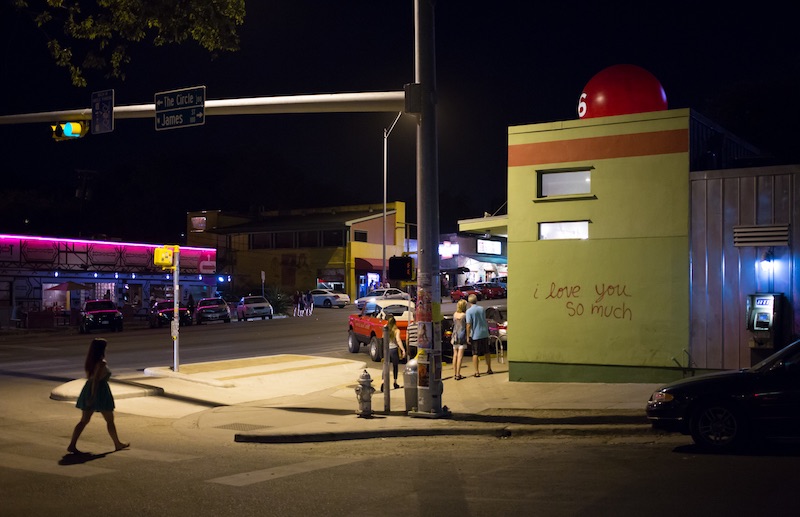 Street murals are like outdoor photo booths, and they are very Grammable. Some of the murals in Austin have become so iconic that they’ve ended up on coasters and other souvenirs. Others are more temporary. Some are sweet, and some murals are parodies of other murals. They’re spread throughout the city, so if you’re planning a mural tour you are going to need reliable transportation to get from place to place. Luckily, Longhorn Charter Bus has plenty of rides you can rent for the day, complete with sweet amenities like flat-screen TVs and wi-fi. Once you’ve got your group together and your wheels picked out, you can get started on your tour.

The first must-see mural on our list is a life-sized postcard. “Greetings From Austin” lives at the Roadhouse Relics gallery at 1720 S. First. It was first painted in 1998, but after some years had lost some of its vibrancy. With the help of a crowdfunding campaign, teens from local nonprofit Creative Action and the original artists restored the mural in 2013. What better way to start your art tour.

Just a few blocks away from Roadhouse is one of the most popular tourist destinations in Austin: South Congress. On the side of Jo’s Coffee you’ll find the iconic “I Love You So Much” mural created by musician Amy Cook in 2010, a dedication to her partner Liz Lambert. Though it has been vandalized a few times over the years, the love is strong in this town, and the original heartwarming message has been restored each time. (A bonus mushy favorite is the “’Til Death Do Us Part” mural by artist Federico Archuleta, located at East Seventh & Waller.)

In true contrarian fashion, just a quick bus ride away there is another mural that counters the declaration at Jo’s. A playful “I Hate You So Much,” written in a similar script, is located at Bungalow on Rainey Street. Stop by for some brats at Banger’s while you’re there.

Favorite Eastside hang Whisler’s is home to several murals. There’s the “Let’s Band Together” heart-fused-with-musical-instruments mural facing Sixth Street, a tribute to how much this town loves its musicians. There are more varied paintings on the east-facing wall by the patio. Grab a fancy cocktail and take them in (p.s. “Rabbit’s” is the name of the dive bar previously housed at that location). 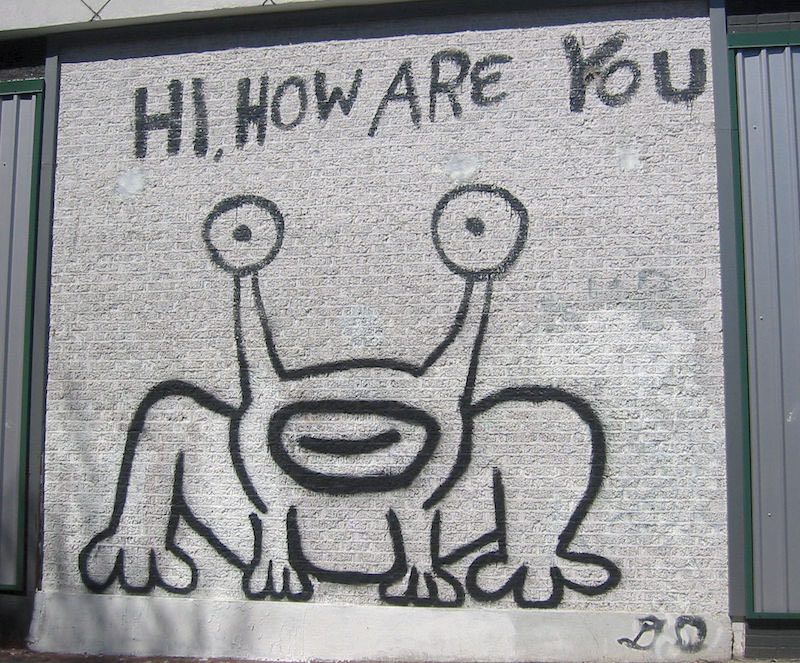 Also on the Eastside, across the street from Bennu Coffee, the “You’re My Butter Half” mural (bread and a pad of butter on a teal background) is painted on the side of the United Way for Greater Austin building. That particular piece of art has served as the setting for engagements and photo shoots, and even a wedding. Last on the itinerary (but certainly not least by way of cultural significance) is the “Hi, How Are You” mural on Guadalupe & 21st Street, amidst the UT campus. Also known as Jeremiah the Innocent, a friendly frog-like alien, it was painted in 1992 by Austin musician Daniel Johnston when the building was home to the record store Sound Exchange. It’s now a restaurant lovingly called Thai, How Are You.

This is just a small number of the most Insta-worthy murals Austin has to offer. You can always go off the beaten path and find your own. Once you book your charter bus, it’s just a matter of deciding who you want to be part of your photo ops.