In the spring of 1947, before a crowd of 20,000, a 28-year-old Jackie Robinson became the first player in the modern era of baseball to break the sport’s color line. Robinson would go on to become an influential member of the civil rights movement; demonstrating that anyone, no matter the color of their skin, could make it in the professional world of sports. 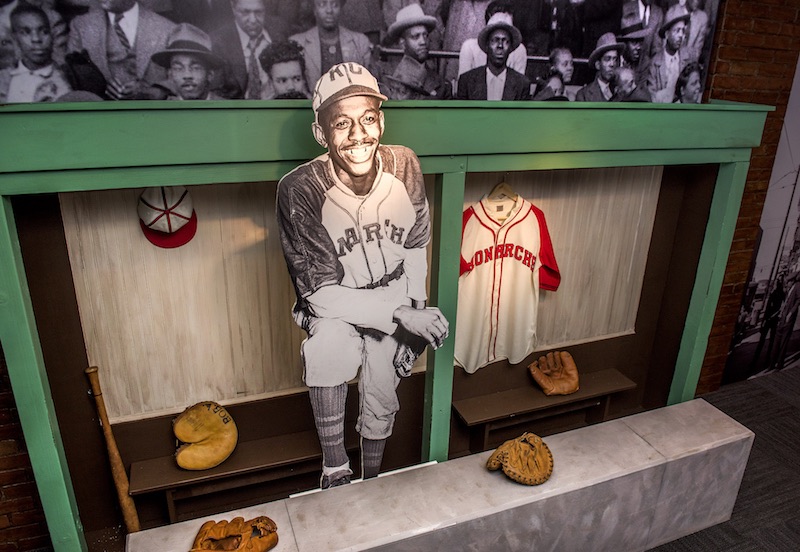 This weekend, Texas honors Robinson and athletes like him who shattered social barriers and spoke out against inequality at the grand opening of the LBJ Library’s new exhibition: “Get in the Game: The Fight for Equality in American Sports.” With historical memorabilia such as Muhammad Ali’s autographed boxing gloves, Billie Jean King’s tennis dress, and Michael Jordan’s original pair of Nike Air Jordan sneakers, the exhibit spotlights the life, career, and impact of minority athletes starting from the early 1900s through to modern day. The event includes video and audio presentations that document the history of social progress in sports as well as a number of celebrity guest appearances including figures such as Nevil Shed, a retired member of the historic Texas Western Miners who are memorialized for being the first team with an all-African-American starting lineup to win an NCAA basketball national championship.

Even with all the historical items being showcased, attendees with short attention spans may lose interest after meandering through hallways filled with artifacts. Understanding this, “Get in the Game” is incorporating interactive athletic events to the opening ceremony’s many presentations and lectures to entertain visitors while keeping everyone immersed in the subject of the exhibit. Adult attendees are encouraged to play a few matches of pickup soccer out on the LBJ lawn or try some sports agility games. At 11am and 1pm kids can participate in a basketball clinic hosted by local G-Leaguers the Austin Spurs (might want to sign the tykes up early for that one).

The exhibition has its grand opening (with all the aforementioned activities) on April 21, with the memorabilia on display until January of next year. That’ll be plenty of time to head over and celebrate the legacies of these women and men who made their mark in athletics while helping push the nation toward equality.

One in a Crowd
Austin filmmakers need your help