Where to commemorate the first anniversary of the Women’s March

The anniversary of Donald Trump’s inauguration is Saturday, but instead of sobbing over likely tampered-with elections, we’re once again taking to the streets to voice our displeasure with the current administration, and, locally, to demand safe and reliable access to reproductive health care. 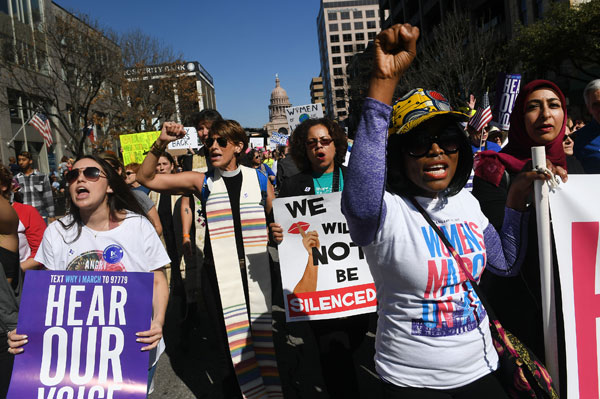 A year ago, more than 50,000 people right here in Austin – and thousands more across the country – donned “pussy hats” and protest signs in response to Trump’s inauguration. Less than 24 hours later, on Jan. 21, 2017, the Women’s March on Washington – and its hundreds of sister marches worldwide – made history as the largest one-day protest to ever occur on U.S. grounds.

If we learned anything from this past year, it’s that we have more than enough reasons to continue our protests. From sustained attacks on immigrants’ safety, LGBTQ equality, (women’s) health care, and national parks, to awarding tax breaks to the wealthy and threatening nuclear war via Twitter, the last 365 days have been a whirlwind of bad news, heartbreaking defeat, and few wins for progressive (and moderate) folks nationwide.

This weekend, across the globe, rallies will be held to commemorate last year’s march and re-energize the resistance with a united goal of replacing right-wing politicians with progressive candidates. The founders of the national march are headed to Las Vegas for Power to the Polls – the launching of a national voter registration tour specifically targeting swing states (including Nevada). As the website states: “This next stage of the movement will channel the energy and activism of the Women's March into tangible strategies and concrete wins in 2018.” 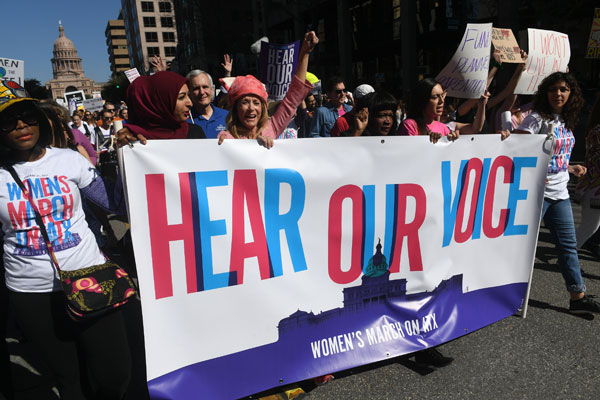 In Austin, Saturday has been dubbed a “Day of Resistance.” But, despite numerous second-annual Women’s Marches popping up across the country (including Houston and Dallas), March On! Texas – last year’s local organizers – has chosen not to conduct an anniversary march. According to organizer Melissa Fierro’s Dec. 28 post, the grassroots group believes last year’s march was a “perfect moment of energy and purpose that is not likely to be re-created” and should be left to “stand as the single largest protest in Texas history.” Like the national organizers, March On! has set their sights and energy on the next steps: directly resisting the “actions of this administration and working to elect progressive candidates at all levels to affect long term change.” (Also, it’s expensive – last year’s epic march and rally carried a price tag of roughly $45,000.)

Instead, March On! partnered with other local activists including the Texas Handmaids – a group raising awareness of reproductive justice issues and violence against women by dressing as handmaids from Margaret Atwood’s now-infamous tale – and the Texas Reproductive Rights Rally Network to plan a full day of events. In an effort to clear confusion resulting from numerous event pages with conflicting times and locations (including several on Facebook that appear to only be selling Women’s March T-shirts for profit) a full and complete schedule can be found below and in our current issue. 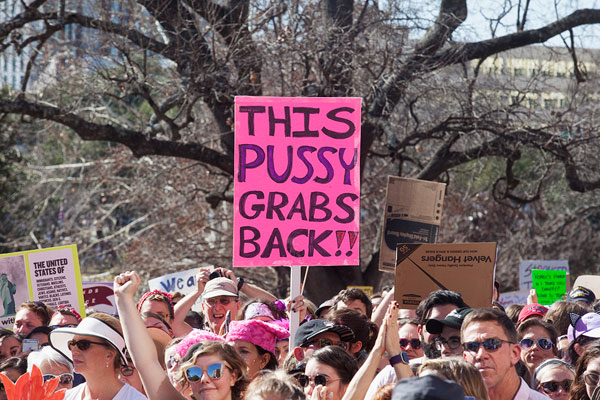 10am-noon, Austin City Hall, Free
Start the day with a peaceful rally intended to address Trump's first year in office. Specifically his "lawless administration, and how to resist it." The Resistance Choir of South Central Texas will perform and local activists are expected to speak.

Noon-1pm, from City Hall to the Capitol via Congress Avenue, Free
As the Impeachment Rally ends, all who wish to march – in support of reproductive justice – are welcome to follow the Handmaids’ procession up Congress Avenue to the Capitol in honor of last year’s Women’s March. The Resistance Choir will serenade marchers with last year’s March on Washington’s anthem “Quiet” by MILCK. 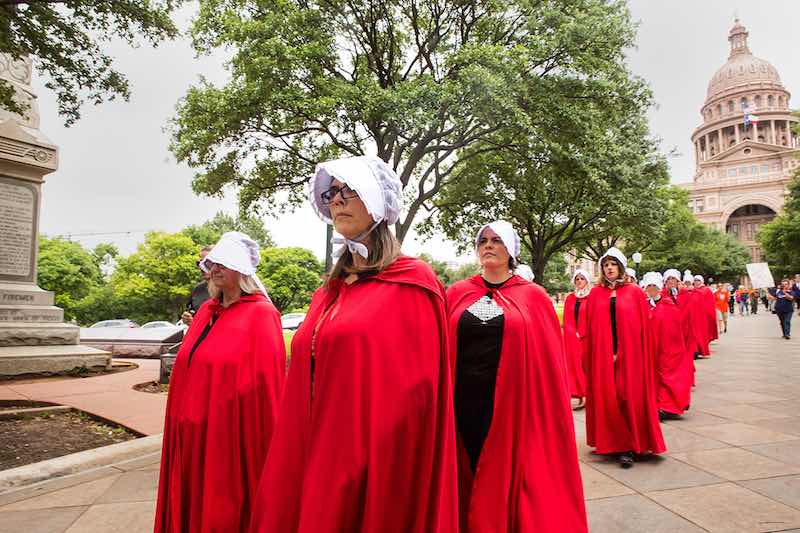 Dressed as characters from Margaret Atwood's dystopian fiction novel, activists protest anti-choice bills outside the Capitol in May (Photo by Jana Birchum)

1-4pm, Texas State Capitol, Free
A celebration of the Supreme Court ruling responsible for legalized abortion, organized by TRRR, in partnership with March On! Texas. Sen. Donna Howard, Jolt’s Daniela Rojas, and Fierro are just a few of the folks signed up to speak, and popular drag king Papi Churro has been tapped to emcee the event. Along with some musical moments, ralliers can also visit with the nearly two dozen tabling community organizations such as SAFE, Black Lives Matter, and the Human Rights Campaign for resources and/or additional information on how to get involved.

Each event has been permitted by the city and will be monitored by the Austin Police Department and the Department of Public Safety. Please be safe and nonviolent, and remember: “Everyone supportive of Women's Rights is welcome regardless of gender identity!”