Who says the holidays have to be the only season for giving?

There’s no end of queer events in sight, but our motivation to go out and do things has headed into hibernation as temperatures plummet and freeze warnings take over headlines. It’s official, the January blahs are here. But, what better way to fight the doldrums than getting fancy for fundraisers supporting our local LGBTQ communities? 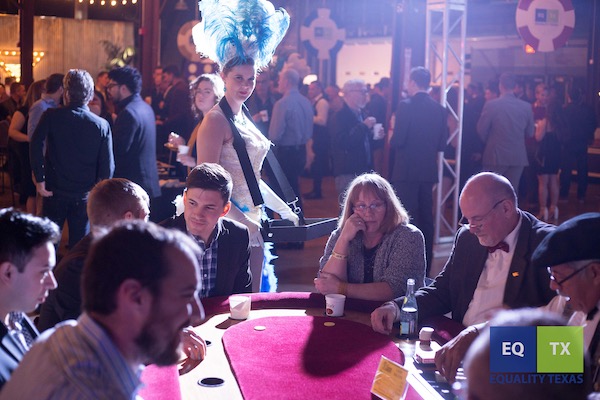 Get merry (merry) (Photo provided by Light Up Fotos)

That’s right, this time of year might not be dubbed giving season, but that’s not stopping Equality Texas, Austin’s chapter of the Human Rights Campaign, and Project Transitions from each hosting grandiose fundraisers every Saturday for the next three weeks. Each event calls for swanky attire and guarantees good food, good drink, and good company all while helping these organizations do what they do well: fight for equality, champion LGBTQ political candidates, and serve folks living with HIV/AIDS.

Tickets for each event include dinner/bites, drinks, and glamorous entertainment. So why not put your money where your morals are (if you can, of course) and have some unseasonable fun doing it! Consider this your January pick-me-up.

Merry Merry Martini Mixer: Come as You Are 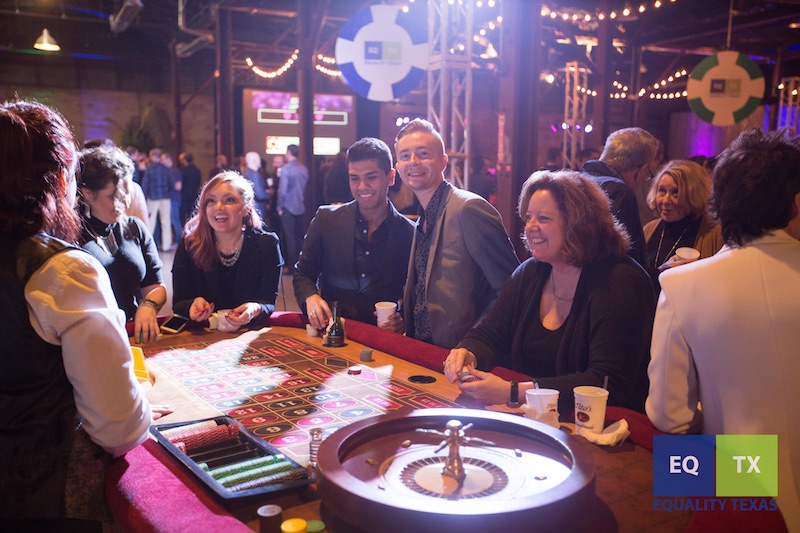 Scenes from Merry Merry 2017 (Photo by Light Up Fotos)

Equality Texas’ signature cocktail party inspired by the fringe-y and flawless lewks of the Roaring Twenties. The nonprofit’s biggest local event of the year is a decadent celebration of Austin’s LGBTQ-mmunity, EQTX’s 2017 accomplishments (like helping kill each and every bathroom bill), and a joyous start to the new year. 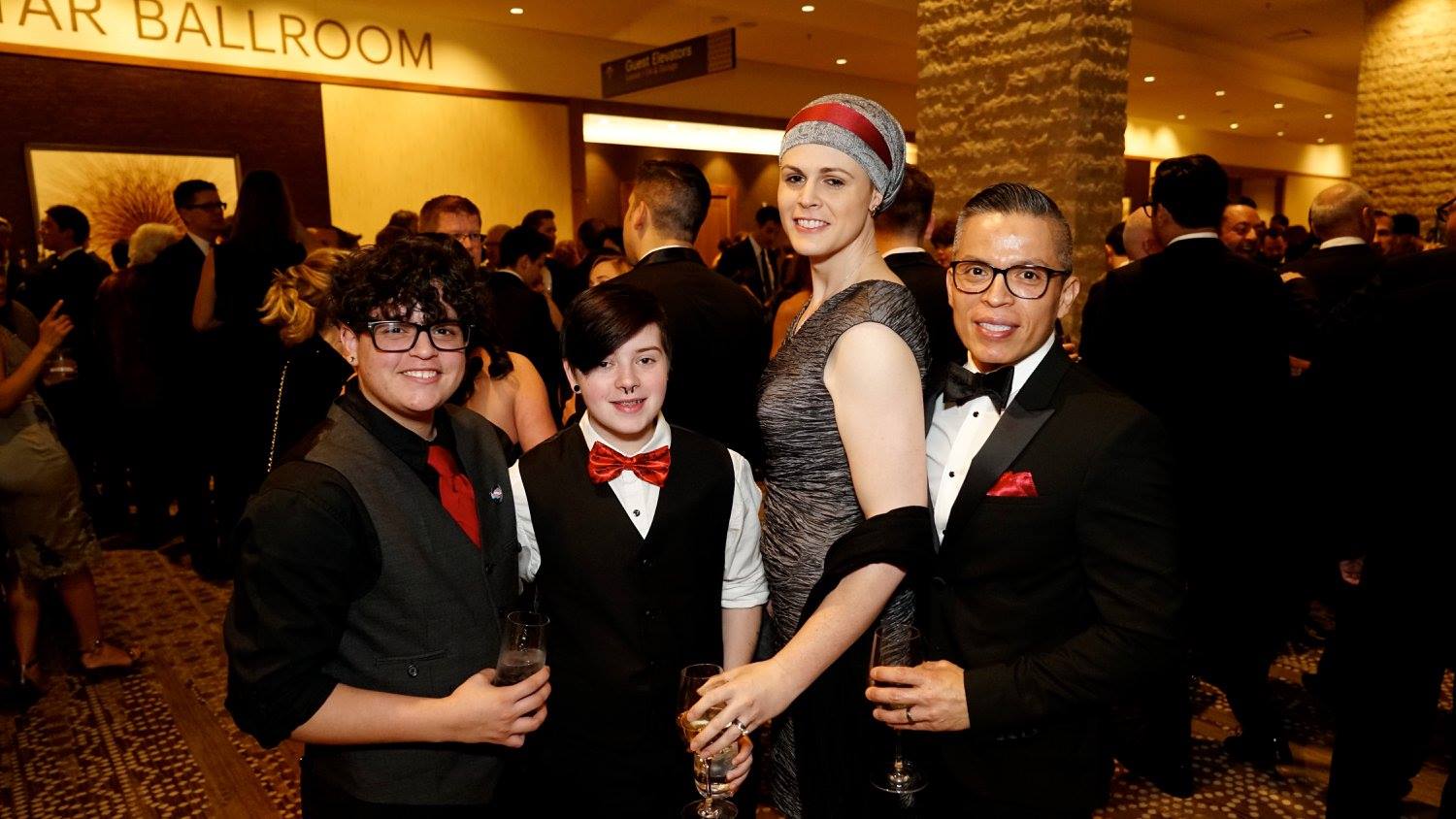 The local chapter hosts the Human Rights Campaign’s first gala of 2018 right here in the heart of Texas, which, according to gala chair Erin Gurak, means the energy and enthusiasm will be off the charts. The black-tie party – complete with cocktails, seated dinner, silent auction, and a couple star attractions – brings together hundreds of queer community members and allies to raise money for the LGBTQ rights nonprofit. Gurak says the funds will come back to Texas when the HRC hires several additional field organizers across the state (including Austin, Dallas/Fort Worth, and Houston) who will “work to elect pro-equality candidates” in 2018 and “promote coalition building with groups like Equality Texas, Texas Freedom Network, and One Texas Resistance.”

As for star power, actor and director Clea DuVall will be honored with the HRC Visibility Award and Milck – known for her song “Quiet,” which became an anthem to last year’s Women’s March in D.C. – is expected to perform. 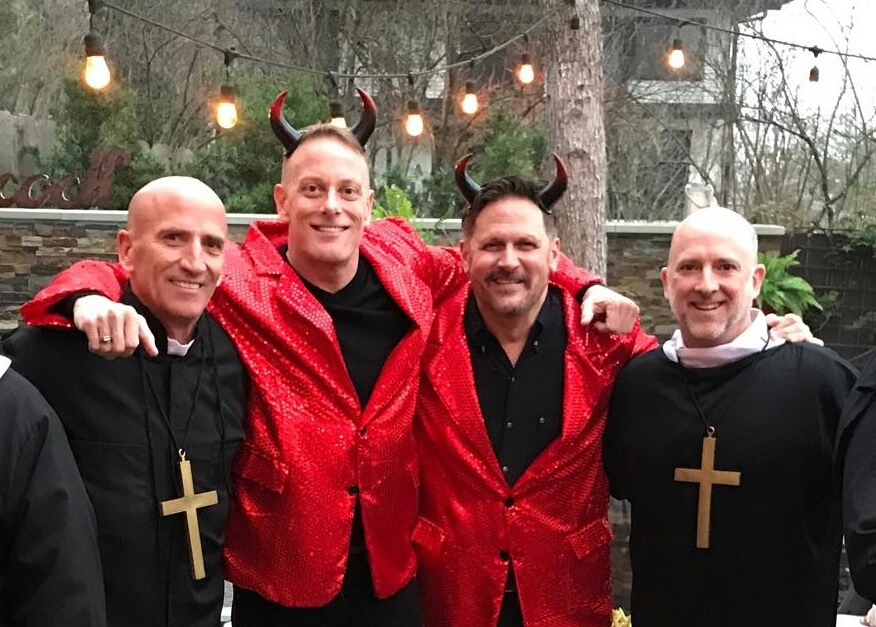 Dubbed the city’s “most delicious fundraiser,” Guess Who’s Coming to Dinner is celebrating its 21st Austin anniversary. But this isn’t your average dining-out experience. Here, guests are invited into the private homes of hosts for a special themed meal (options include Around the World in 80 Minutes, Arabian Nights, and Sushi Madness) to enjoy top-notch cooking, fine wine, and lingering conversations. After dinner, folks are invited to close out the evening with a dessert and Champagne reception at the Thinkery.

Thanks to this year’s dinner hosts and sponsors Whole Foods Market and Susan B. Hammer, all of the money raised will go directly into Project Transitions’ Doug’s House, the organization’s hospice and recuperative care facility for people living with HIV/AIDS. Doug's House, according to Sara Krueger, PT’s development coordinator, staffs a team of social workers, caregivers, and registered nurse to provide 24-hour care including medical, meals, and social service support.

Various locations; followed by dessert reception at the Thinkery. $125 for dinner and reception.

Stay up-to-date on all the happenings, queer and straight, at austinchronicle.com/calendar and catch "Gay Place" each week!