Not ready for festivities to end? These are bound to lift your spirits.

Since '03, Austin has held Free Week, a week(ish) long showcase of local artists at venues scattered throughout town. We've hand-picked some solid events you won't want to miss out on. The kicker? You guessed it, they're all free.

A Giant Dog, Annabelle Chairlegs, and Batty JR. Don’t fight it. Jack Daniels specials, a photo booth, and some of the weirdest tunes in Austin, all while celebrating one of Austin’s favorite photographers birthday!

Stomp your boots and kick up some dust at Mohawk with some of the best homegrown bluegrass that Austin has to offer.

The hip-hop scene in Austin is evolving, and this lineup will show you exactly why. Bring out the homies and start 2017 with some bangers.

Nine Mile Records and Modern Outsider have joined forces to bring you a sweet sample of what this city has to offer. Get a taste of some funk, indie, and even a bit of garage-rock with a lineup that’s as eclectic as our hometown.

Bring your dancin’ shoes and catch a solid lineup in both the Ballroom and the Chapel at Spider House. Rock, psych, folk. This is what free week was made for.

Ever heard of browngrass? Picture this: Bluegrass. Dirtier. Invented by Sour Bridges. Find out what it’s all about!

Take a break from the tunes and get ready to laugh your ass off with Austin transplant and the host of podcast “CanceledPod,” Chris Cubas.

Ben Millburn defines psych rock; If Tame Impala and MGMT had a baby, there would be no better name. Come, get trippy with this Louisiana native and Austin resident, and thank us later.

This one’s for all you metalheads. The showcases includes everything from death to riffy metal, and everything in between. Get ready for some intense head bangin’! 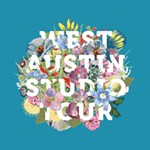 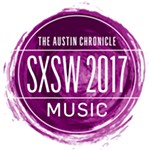