This weekend ACL Fest takes over Zilker Park once again with over 100 artist on 8 stages for 3 blissfully tiring days.

Headliners like the Foo Fighters, Drake and Florence + The Machine are obvious picks for the majority of ACLiens, but the rest of the lineup packs quite a punch as well. Here are 10 artists to add to your must see list:

You've most likely have heard his music, whether you realized it or not. Boots gained worldwide attention for his work on Beyonce’s 2013 album, Beyonce, most notably for the starkly intimate sound of songs like “Haunted,” “Heaven” and “Blue.” Now he's ending his low profile with his debut album, Aquaria, now available for pre­order. 2. GriZ

At age 24, GRiZ (Grant Kwiecinski) is already making his mark as a visionary. His latest album, Say It Loud, blends brass instruments, soulful vocals, and synth beats that are sure to get you on your feet and move your body awkward motions. 3. Kaleo

Named after the Hawaiian word “sound,” Kaleo brings their seamless blend of folk, blues, country, and rock to America. Cementing their fame across Europe with their major hit “All the Pretty Girls,” Kaleo is bringing their fresh sound to ACL. 4. Kali Uchis

At age 14, Lanz Pierce knew exactly what she wanted to do and left school to pursue her rap career. Having toured stateside with Snoop Dogg and recently wrapping up an international tour, Pierce has earned the respect of the hip-hop world. Her authenticity and fearlessness make her an artist to watch. 6. Lion Babe

Hailing from New York, Jillian Hervey and Lucas Goodman, have created a melting pot of sounds that are, Lion Babe. Their "new soul" EP, Lion Babe, received wide acclaim upon release. Having worked with the likes of Pharrell Williams, Childish Gambino and Al Shux, they are well on their way to becoming a household name. 7. Maggie Koerner

Maggie is known for her hybrid of soul, alt pop, and rock 'n' roll, the sounds that drenched her beautifully crafted sophomore album, Neutral Ground. Coming off a year long tour with Galactic as their lead singer and front-woman, Maggie is back in the studio, writing and recording her newest project, set for a release in this year. The project includes collaborations with respected producer Fin Greenall (Amy Winehouse, Banks, and John Legend). 8. Ryn Weaver

Coining the genre “Fairy Pop,” Ryn's music has been described as “butterflies in your brain.” The viral success of her song "Octahate" on Soundcloud left everyone wondering who she was. She joined forces with Charli XCX, Benny Blanco (Katy Perry, Maroon 5, and Wiz Khalifa) and Michael Angelakos of Passion Pit for her July release, The Fool. 9. San Fermin

San Fermin is composed of 8 talented musicians. Their chart-topping debut album, San Fermin, got the attention of NPR and The New York Times, helping their fast success. Their second album, Jackrabbit garnered praise from NPR, Rolling Stone, and Pitchfork and reached #8 on Billboard's Heatseekers chart. Their baroque pop sound makes them a definite must see. 10. Years & Years

This British electronica band found success in the U.K. with their #1 debut album Communion. Described as electropop, R&B, and '90s house, Years & Years finds inspiration from FKA Twigs, Diplo, and Jai Paul. Previewed as Zane Lowe's "Hottest Record of the Day," and nominated for Critics Choice Award at the 2015 Brit Awards they are hoping to duplicate their U.K. success right here in Austin. 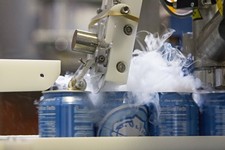 5 Reasons to Love Breakfast in Austin
From breakfast tacos to coffee, Austin knows how to do breakfast